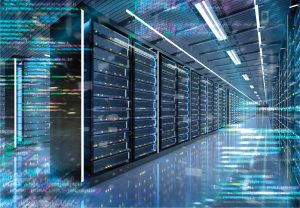 As digitalisation initiatives continue to grow across industries, the de­ma­nd for data centres, which are ess­ential network facilities that seamlessly store and process huge volumes of data, has increased significantly. The data centre industry received a major push following the Covid-19 pandemic as businesses realised the need for robust digital infrastructure to facilitate remote work, e-com­merce, e-learning, healthcare, transportation, entertainment and other sectors. In the coming years, the country’s data centre ecosystem is expected to grow further with the roll-out of 5G, proliferation of internet of things and expansion of cloud computing, artificial intelligence and machine learning. However, da­ta centres consume a lot of energy and account for nearly 1 per cent of the glo­bal electricity use as per Inter­natio­nal Energy Agency (IEA). They need this electricity to process and store data as well as to cool off the server racks housing the computing equipment. It has, therefore, become imperative to develop greener and more efficient data centres that can help realise energy savings as well as reduce the carbon footprint of these energy guzzling facilities.

The Indian data centre market is growing at an accelerated pace with industry revenues recording a compound annual growth rate (CAGR) of 24 per cent bet­ween 2017-18 and 2020-21. This is mainly driven by large hyperscalers such as Amazon Web Services, IBM, Facebook, Google, Microsoft, Uber, etc., which are in­creasingly outsourcing their storage needs to third-party data centre provide­rs. Several Indian companies such as the Hiranandani Group and the Adani Gro­up as well as foreign investors such as Ama­zon, EdgeConnex, Micro­soft, Capi­ta­­Land and the Mantra Group have also ste­pped up their investments in data cen­tres to meet the growing demand. Fur­­ther, existing players such as NTT, CtrlS, Nxtra and STT India are also augmenting their data centre capacities.

A significant development would be the grant of infrastructure status to the data centre industry, as proposed in the Union Budget 2022-23 by the finance minister in February 2022. This will facilitate credit availability at competitive ra­tes as well as foreign investment and private capital for the expansion of data centres across the country.

In addition, the Ministry of Electronics and Information Technology is preparing the framework of a national policy on data centres, which will offer incentives up to Rs 150 billion to players setting up data centres in the country. As per the draft policy that was released in 2021, the government expects an investment of up to Rs 3 trillion in the data cen­tre ecosystem over the next five ye­ars. The proposed policy would provide an incentive of 4-6 per cent on in­vest­ments if crucial components such as servers, trays and serving housing units are sourced from domestic manufacturers. A further incentive of up to 3 per cent will be provided if the data centre uses electricity produced from rene­wable resources.

States are also coming up with their own data centre policies. For instance, Uttar Pradesh launched the Data Centre Po­licy, 2021, under which investment proposals worth Rs 159.5 billion to set up four data centre parks have been appro­v­ed. Incentives under the policy have been approved for NIDP Develope­rs Private Limited (part of the Hiranan­dani Group), Adani Enterprises Limited, NTT Global Data Centers, and Cloud Infra­structure India Private Limited. The policy offers dedicated incentives for data centre parks and units, where a minim­um of 40 MW capacity for locating data centres is considered under the definition of data centre parks and less than 40 MW comes under the definition of data centre units. The Hiranandani Group is expected to soon inaugurate the state’s first data centre park in Grea­ter Noida, with six data centre buildings, with a total capacity of 30,000 racks and 250 MW of power generation and distribution infrastructure supported by three re­dundant fibre pathways, with an in­vestment of over Rs 50 billion.

Other states such as Maharashtra, Telan­gana and Karnataka also have provisions of incentives such as exemption on sta­mp and electricity duty, power subsidies and land availability at subsidised cost to attract investment in data centres.

An emerging trend in the industry is the growing popularity of green data centres, which are designed to achieve maximum energy savings and minimum en­vironmental impact through the use of renewable energy, e-waste recycling and sustainable landscaping, among others. In February 2022, Sify Technolo­gies Li­mited announced a major commitment to renewable energy for its growing data centre portfolio in India. The company concluded power purchase agreements (PPAs) with Vibrant Energy Holdings for 231 MW of solar and wind energy capacity to power Sify’s latest hyperscale data centres. In 2021, Bharati Airtel commissioned a 14 MW captive so­lar power pla­nt in Uttar Pradesh to meet the energy re­quirements of its core and edge data centres in the state.

Data centres consume considerable amounts of electricity as they are equip­ped with advanced cooling systems to maintain optimum levels of temperatu­re and humidity in order to ensure reliable server operations. In a data centre facility, servers and cooling systems ac­count for the greatest share of direct electricity use (86 per cent), followed by storage drives (11 per cent) and network devices (3 per cent). Most of the energy demand of a data centre is, therefore, on account of the power requirements of servers, but they, in turn, also produce heat and need to be cooled. This cooling again requires a lot of energy and generates excess heat – most of which is currently being let out into the surrounding environment. The issue is, therefore, twofold. Data centres not only require enormous amounts of power to run, but also need substantial amount of electricity to cool off the heat generated during the process.

Some of the world’s largest data centres require more than 100 MW of power, enough to supply electricity to around 80,000 US households. Globally, data centres use an estimated 200 TWh of power each year, which is more than the national energy consumption of some countries. The substantial electricity use of data centres has also given rise to concerns over their carbon dioxide emissions. According to industry sour­ces, da­ta centres currently contri­bute around 0.3 per cent to overall carbon emissions, wh­i­ch is at par with the aviation industry’s emissions from fuel. The IEA estimates that by 2025, data centres will consume one-fifth of the world’s power supply. Given the carbon footprint of data centres, it is important that renewable energy is used as much as possible.

Further, data centre operators need to utilise predictive analytics to track and optimise energy consumption. Given that the load on the data centre server va­ries throughout the day, smart cooling solutions, powered by predictive an­alytics, can help data centre managers optimally allocate power for different time periods. Other techniques to optimise energy consumption for data centres include the installation of energy efficient cooling equipment, use of calibrated vectored cooling, and dep­loy­­ment of dynamic voltage and frequency scaling, among others.

The future outlook for data centres is quite positive as fast-paced digitalisation efforts and conducive government po­li­cies will drive their growth in the co­m­ing years. As per a recent press release (da­ted May 24, 2022) by ICRA, 3,900-4,100 MW of data centre capacity, entailing investments of Rs 1.05 trillion-Rs 1.2 trillion, is likely to be added in the next five years. Industry revenues are expected to increa­se at a CAGR of 18-19 per cent during 2021-22 and 2023-24, su­pp­orted by an in­crease in rack capacity utilisation and ramp-up of new data centres. Net, net, data centres will continue to witness he­al­thy growth, supporting the digital tra­ns­formation in the country.