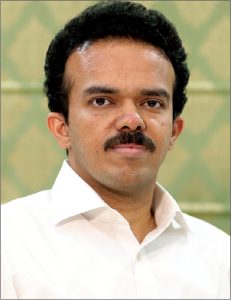 Could you tell us about the consumer service rating of discoms carried out by REC Limited. What has been the performance of the discoms according to this exercise?

The idea behind the consumer service rating exercise was to evaluate the performance of the discoms from a consu­mer satisfaction perspective. The Right of Consumer Rules were promulgated in 2020 and subsequently, REC commenced the initiative of measuring consumer satisfaction based on different services provided by discoms with a special focus on the metrics related to po­wer supply. Under this, discoms are evaluated on parameters such as the number of new connections provided, ease of extending connections through online portals, grievances raised and resolved, compliance with norms specified in the Right of Consumer Rules, 2020, and quality and timeliness of discom billing processes. Among the 72 discoms, around seven have been rated A or A+. The key takeaway is that there are very few discoms that are highly rated, and this brings out the need for discoms to focus more on consumer services for end-users.

How is the consumer service rating of discoms different from the other rating reports/ exercises carried out by the Ministry of Power? What are some of the key outcomes of the exercise?

The Integrated Discom Rating and Ran­king Report is done jointly by PFC and REC. It predominantly focused on the financial performance and commercial viability of discoms in terms of revenues and their financial position. The integrated report is more of a credit rating report, enabling discoms to raise funding from financial institutions based on these ratings. However, it lacked a focus on consumer service. The entire exercise of consumer service rating,  in contrast, is expected to enable discoms to emphasise on the quality of services provided by utilities to the consumers while supplementing it with comparable benchmarks. The ratings will help discoms in identifying, in a granular way, where they stand compared to their peers on a variety of parameters.

What is your assessment of the overall health of the discoms in the past one year?

Some discoms have submitted the audited reports for 2021-22 and initial trends show an improvement in financial performance over the previous year. The im­provement is attributable to the Ministry of Power’s various reform initiatives, including the Revamped Dis­tri­bu­tion Sector Scheme (RDSS). The RDSS has some prequalification conditions, which require the discoms to im­prove their governance. These inclu­de issuing timely tariff and true-up orders, prohibiting the creation of regulatory assets and ensuring timely liquidation of receivables from the state governme­nt. Other initiatives such as late payment surcharge rules push the discoms to pay their dues on time. All of this adds up to a better performance of discoms, which translates into lower aggregate technical and commercial losses and a lower ACS-ARR gap.

Are you satisfied with the progress under the RDSS scheme so far? How are the plans shaping up for smart meter deployments under the programme?

The RDSS is being well received by the states and as we stand today, I think most of the states have got their sanctions ap­p­roved, except a couple of major states such as Karnataka and Telangana. Most of the major states have already received RDSS funding except two states/ UT utilities, Nagaland and the Andaman & Nicobar Islands. In addition, those utilities that have received their share of funding have already come up with tenders and are at various stages of implementing the projects.

The government schemes not only involve the deployment of better assets but also focus on measurable improvements in discom governance. The RDSS was introduced last year and has had an impact on the operational and financial performance of discoms this year. Currently, around 95 per cent of the utilities have approved tariffs in the true-up orders that have been issued over the past few months. More than 30 utilities even have their audited accounts in place and the quarterly accounts are also being published in a timely manner. The first quarter accounts for the current year have been published by most utilities. Similarly, utilities have also started filing their energy accounts and most of the utilities have submitted their energy accounts for 2020-21. Apart from this, of all the latest tariff orders that have been issued, there are no regulat­ory assets in the current year (2022-23), which shows an improvement in the financial health of discoms. Things are moving forward on the infrastructure and smart metering fronts as well as in the implementation of reform measures.

What, according to you, are some of the steps needed to address the challenges facing the power distribution segment?

We are going through energy transition and the energy mix is changing. So, to handle the transition successfully, discoms have to take a number of steps. Schemes such as the RDSS are providing support, but the key would be the execution and implementation of all that has been sanctioned. Discoms have not only planned infrastructure/smart metering projects, but also have an action plan to improve governance and bring about improvements on the regulatory front. The utilities need to stick to the action plan that they have submitted under the RDSS. It covers almost the entire operations of the utilities in terms of HR practices, governance practices and IT initiatives, among other things. Besides, it is essential that discoms pursue resource adequacy planning to manage how resources will come up in the next five to 10 years.

What is your outlook for the power sector for the near to medium term?

Last year, power consumption grew by 8 per cent and peak demand reached nearly 210 GW. There is a growing demand for power with the recovery of economic activity post Covid. In the short to medium term, overall energy consumption is likely to be on the higher side. There are a number of steps being taken to ensure that power demand is met, especially with regard to coal availability at thermal power plants. On the renewable energy front, a lot of projects are coming up and this trend is likely to stay.

What are your top priorities for RECPDCL going forward?

One of the key things that we are working on is smart metering. We have alrea­dy implemented a few projects, including projects in Jammu & Kashmir and Chandigarh. There is also a project coming up in Ladakh, which involves the installation of smart meters along with the billing software.

We also have smart metering projects for two discoms in Gujarat for nearly 10 million meters, and another one in Kerala. We see smart me­tering as a new potential area of growth. We are also implementing projects for the Ministry of Power, such as the na­tional feeder monitoring system, which will enable users across the country to clearly visualise the reliability and quality of power supply at the 11 kV feeder level. We are also running a rural feeder monitoring system called Urja Mitra.

Another space that is attractive for the organisation to grow is bid process coordination. We have been implementing transmission bids for a long time, nearly 10 years. We have also started acting as a bid process coordinator for renewable energy projects. The ministry has come up with new guidelines wherein renewable energy can be bundled with existing PPAs. We have been designated as the nodal agency and we have received projects from NTPC and DVC. We are in the process of bidding out nearly 3,000 MW of renewable power.

Apart from this, new areas in consult­ancy are coming up such as transaction ad­visory, demand forecasting, and bill­ing and energy accounting.