The Indian rooftop solar segment has evolved and matured considerably over the past four to five years, not only with regard to capacity addition but also in terms of a supporting regulatory and policy framework, programmes and incentives, user categories, business models, financing and investing techniques, etc. The market size is estimated to have increased from less than 10 MW in 2012 to 525 MW at present, as per the latest BRIDGE TO INDIA (BTI) estimates. Rooftop projects account for around 10 per cent of the country’s total installed solar power capacity. The government too is strongly committed to promoting rooftops both in the grid-connected and the off-grid space. Of the 100 GW by 2022 solar target, 40 GW is envisaged to be met through rooftops. To this end, the government has made capacity addition more market driven with the rationalisation of subsidies. Moreover, the states have been showing significant interest through policy and regulatory initiatives aimed at promoting rooftop projects, particularly the net metering regime. The World Bank recently approved $625 million for the implementation of rooftop solar power projets in India.

The Ministry of New and Renewable Energy (MNRE) has implemented the Grid Connected Rooftop and Small Solar Power Plants Programme to promote the setting up of 1-500 kWp rooftop solar plants. Under this scheme, which was notified in June 2014, 30 per cent central financial assistance (CFA) was made available for such projects. However, considering budget constraints and the government’s revised target of 40 GW for the grid-connected rooftop solar segment, the CFA was revised to 15 per cent in August 2015. Further, the subsidy was restricted to residential, institutional and government users, and the social sector. Commercial and industrial building rooftops were not included, unless owned by a government organisation.

In December 2015, the Cabinet Committee on Economic Affairs approved the scaling up of the budget from Rs 6 billion to Rs 50 billion for implementing grid-connected rooftop systems up to 2019-20 under the National Solar Mission. This will support the installation of 4,200 MW of rooftop solar systems  over the next five years. With this, the earlier CFA pattern of 30 per cent for general category states/union territories and 70 per cent for special category states (the north-eastern states including Sikkim, Uttarakhand, Himachal Pradesh, Jammu & Kashmir, Lakshadweep, and the Andaman & Nicobar Islands) has been retained by the MNRE. However, the CFA will still not be provided to commercial and industrial establishments in the private sector because they are eligible for several other incentives.

Aside from the CFA provided by the MNRE, accelerated depreciation benefits are available for industrial and commercial buildings. There are also customs duty concessions and excise duty exemptions, loans from the Indian Renewable Energy Development Agency (IREDA) at a concessional interest rate for system aggregators, loans of up to Rs 150 million for renewable energy projects, loans of up to Rs 1 million under priority sector lending, a 10-year tax holiday and provision of bank loans as part of home loans/home improvement loans.

The CFA provided by the MNRE is made available through state nodal agencies, the Solar Energy Corporation of India (SECI), IREDA, empanelled government agencies/discoms, PSUs, etc. Moreover, SECI has executed a pan-Indian grid-connected rooftop photovoltaic programme for project allocation. Recently it invited tenders developing 500 MW of solar rooftop projects across various states. While 300 MW will be developed under the capex model, the remaining 200 MW will be developed through renewable energy service companies (RESCO).

The Indian rooftop solar market was initially capex driven. However, over the past couple of years, the opex model is being increasingly adopted for rooftop projects. Under the capex model, the rooftop owner makes an  upfront investment in the development of the project, while engineering, procurement and construction (EPC) services are outsourced or taken care of through in-house capabilities. Under the opex-based model, a project developer installs a rooftop solar system on the customer’s premises and sells electricity to the consumer at an agreed tariff under a power purchase agreement (PPA), taking into account the rent to be paid by the developer for leasing the rooftop space. Meanwhile, under the RESCO model, the RESCO enters into a PPA with the consumer for a specified period of time and subsequently, the consumer takes over the ownership of the project from the RESCO.

While the operations and maintenance (O&M) expenses during the life of a PPA are borne by the RESCO, the O&M responsibilities eventually shift to the consumer. In terms of metering, grid-connected systems may be based on a gross metering or net metering arrangement. Under the former, customers/ developers install two electric meters on the premises – one for the import of grid electricity at retail tariffs and the other for the export of generated solar power at feed-in tariffs/pre-agreed tariffs. In a net metering arrangement, the excess power generated by the rooftop solar system is fed into the grid and can be used to offset the units to be consumed in future billing cycles. Also, incentives such as capital subsidy and/or tax benefits are provided to bridge the gap between the cost of solar power generation and the retail tariffs for the respective customer categories. The majority of the states have announced the net metering regime. However, a few states such as Gujarat, Uttar Pradesh, Andhra Pradesh and Telangana also have a gross metering regime in place. 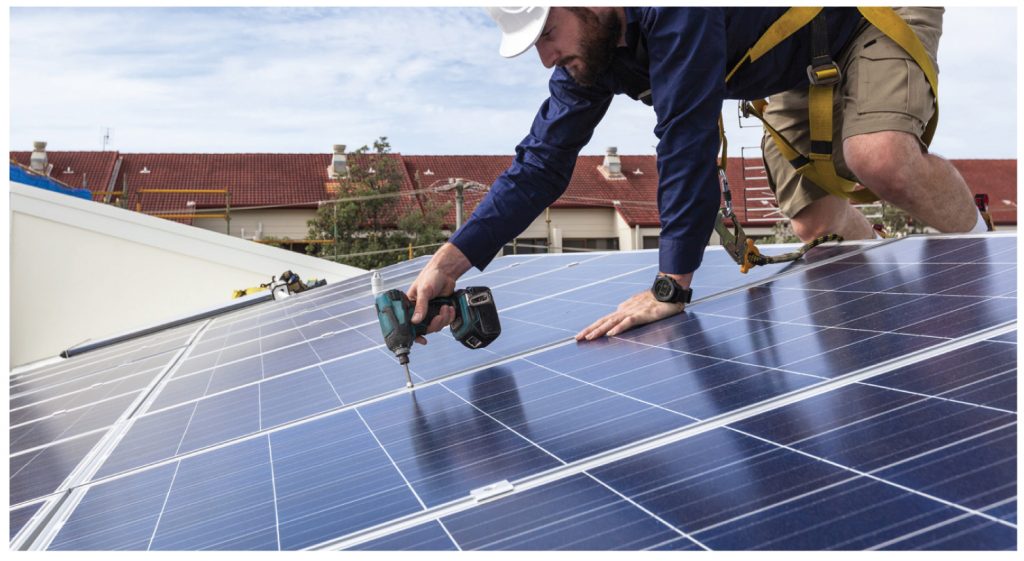 The rooftop segment has been witnessing significant uptake with a conducive policy environment and positive market dynamics. There has been an increased push by the government to promote rooftop systems. This, along with the decline in the cost of solar energy and the increase in conventional energy prices, has changed market dynamics in favour of rooftop solar projects.

However, while a number of implementation issues have been addressed over time with advances in system design and the entry of experienced global players in the market, several challenges still remain. A key issue is the long gestation period of projects. Also, inadequate awareness about solar power systems and lack of clarity regarding subsidies make it difficult for consumers to realise the economic potential of these projects.

Another challenge relates to plant layout. Every site is different with respect to area availability, structural strength, height and accessibility. It is imperative to identify an optimisation ratio in order to design an optimal layout in terms of site area, size and maximum generation. This requires expertise and time for identifying the client site and generating the appropriate project design. Some rooftops have limited feasible area for setting up panels due to shadows from protruding structures. Once the design is completed, most firms outsource contract labour for project construction. However, there are not enough contractors that provide services in line with international standards. The safety of construction workers and theft of materials during or post-construction are also some problems that lead to delays in plant operations. In order to overcome these, safety equipment for workers and security measures for materials should be incorporated while setting up the plant.

In spite of the difficulties involved in harnessing solar power on a smaller scale, rooftop projects provide a huge opportunity for energy security, especially for the large majority of the population that lacks access to electricity. As the segment matures and best practices are established, most of the problems are likely to be resolved through technological advancements.