Private sector participation in the transmission segment has been growing steadily with more than two dozen projects awarded till date through tariff-based competitive bidding (TBCB). Increased competition in TBCB projects has also led to the discovery of low tariffs and faster project completion. Further, the Ministry of Power’s (MoP) recent policy for early commissioning has incentivised private developers to reduce the project completion time. The opportunity for private players will expand further in the coming years, with the government likely to offer a huge kitty of projects. However, legacy issues of right of way and delays in obtaining clearances continue to impede the growth of the sector. At a recent Power Line conference, leading private players spoke about their projects, experience in competitive bidding and the challenges faced in project implementation. Excerpts…

What is the progress on the transmission projects being implemented by the private sector? What is the experience with competitive bidding? How can we enhance private participation in the sector? 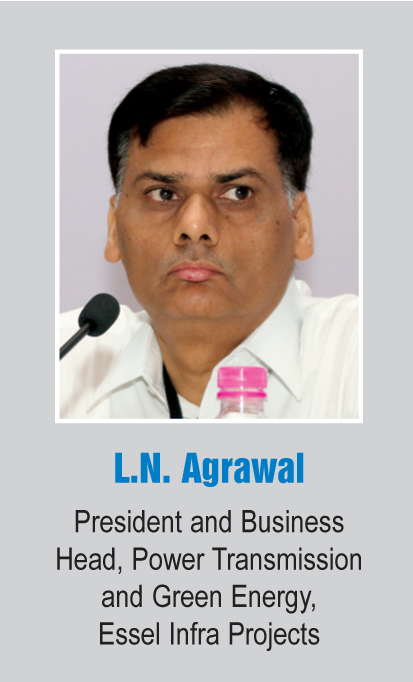 Essel Infra Projects has two transmission lines in Bihar (as part of the Eastern Region System Strengthening Scheme-VI project). These projects traverse completely through low lying areas. One of the substations proposed under the project is, in fact, in an area where the soil condition is so poor that building a substation at the site is not financially feasible. Both the projects are progressing more or less as per schedule. Another project, the Northern Region System Strengthening Scheme, NRSSXXXI (Part-B), is being executed in Haryana and Punjab. We also have a project being executed in Uttar Pradesh, namely the Associated Transmission System for evacuation from Tanda project. The transmission service agreement (TSA) for this project has not been signed yet for it. As a result, we have not been able to go ahead with the project. Another project being executed by Essel is the Northern Region System Strengthening (NRSS)-XXXVI spread across Uttarakhand and Rajasthan.

As far as project execution by private players is concerned, it is no different from that by the state-owned companies. The major issue faced by these companies is right of way. In the road sector, the government is now taking care of forest clearance as well as ROW to some extent. However, in the case of transmission, this has not been done yet and it poses hurdles in setting up the lines.

One of the challenges faced by developers in the execution of a transmission project pertains to the scope of the project. As a transmission project entails a long construction period, the scope of work under the project changes over time, owing to unexpected geological conditions that are likely to emerge during the construction period. Another challenge faced by private players pertains to the state-specific policies and procedures. For example, while in some states approval is required for cutting trees along roads or canals, in other states such approval is not required. At the time of bidding it is not possible to carry out due diligence on these aspects in such great detail.

Another challenge is the time taken to obtain approvals from different authorities. Engineering, procurement and construction contractors for private projects find it difficult to secure approvals, given the complexities involved in policies and procedures. Projects executed by the public sector undertakings (PSUs) can be executed comparatively faster.

Another area of concern for the private sector is the access to low-cost funds as during the bidding stage debt-to-equity ratio plays a very important role in deciding the value of the bid. Interest rates on loans extended by public and private lending institutions are higher compared to the PSUs, which have big balance sheets. As a result, private players are forced to operate on low margins. Moreover, even though it is possible to optimise EPC costs, and operations and maintenance costs, managing interest during construction is very difficult. Overall, the outlook for the sector is positive with investors bullish about the growth prospects for the transmission segment, similar to the renewable energy segment. 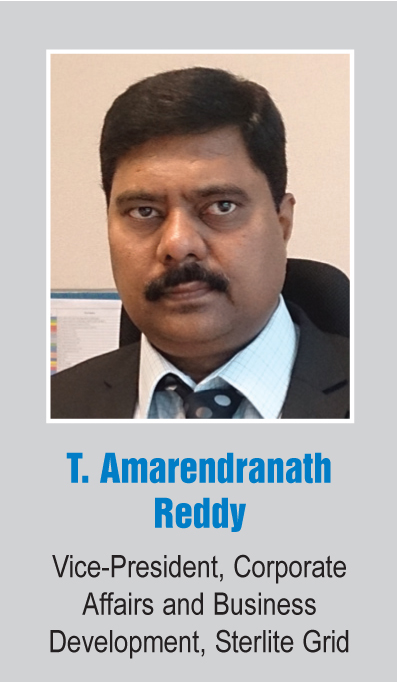 One of the trends seen in the transmission industry has been the completion of TBCB projects on time. The power ministry’s policy to incentivise early commissioning of projects in July 2015 has been a key policy initiative allowing project to be completed before time.

One of the major advantages of TBCB is reduced tariffs as compared to the cost-plus method. Another key trend is the growing number of projects being awarded through the TBCB route. While 52 per cent of the transmission projects were allotted on the cost-plus basis, 48 per cent have been awarded through the TBCB route. While the MoP has announced that it will bid out projects worth around Rs 1,000 billion, recently it has also announced that all green energy corridors for the proposed solar parks would be awarded through TBCB in future.

To encourage private participation in the transmission segment, projects should be released on a fast-track basis. At present, the project is conceived by the standing committee meeting after which it goes to the empowered committee and then to the MoP for approval. After this, the project reaches request for qualification and request for proposal stages. The entire process is very time-consuming.

Further, in order to attract global investments, the project pipeline needs to be increased and the dispute resolution mechanism for force majeure and change-in-law events requires improvement. The bid process also needs to be made more efficient through initiatives such as qualification of bidders based on sector experience, reduced lock-in period (which is currently five years from the commercial operation date [COD] and needs to be brought down to COD plus zero year or COD plus one year), allowing flexibility to developers to choose technology and solutions, among other things. With these measures, more bidders would be able to participate. 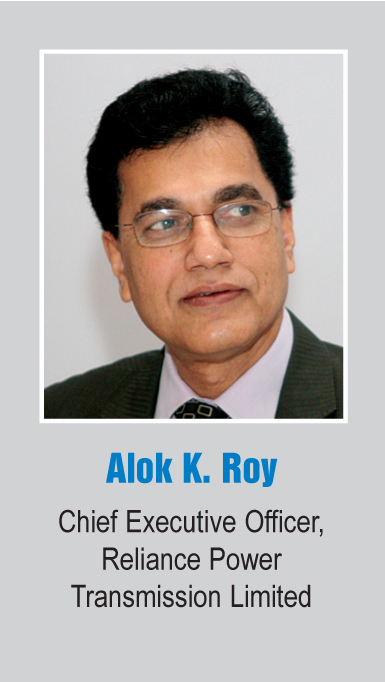 Reliance Power Transmission Limited has set up two transmission projects, mostly traversing through Maharashtra and Gujarat. The Maharashtra project has six 400 kV double-circuit (D/C) lines, while the Gujarat one has three 400 kV D/C lines. Overall, nine lines under both the projects were commissioned progressively between 2010 and 2015, and are currently operating at 100 per cent availability. Some of the lines including Pune-Aurangabad and Pune-Bareilly form the backbone of the national grid carrying a high quantum of power, with a capacity to carry over 6,000 MW.

In addition to this, we also have two more transmission projects in our portfolio, namely, the North Karanpura and Talcher transmission schemes. Both these projects are, however, facing delays and several challenges. They are also sub judice. We are unable to obtain clearances for the lines under Section 164 of the Electricity Act, 2003 to commence work at the site.

Overall, we have done a good job as a country, in moving from an era of a government-owned structure to a competitive one. Introducing competition into the sector entails not only competition in terms of commerce, but also in terms of technology and tenacity of players, among other things. The participation of private players in the transmission segment has gone up for central sector projects. However, in the state sector private participation is lagging. Also, the transmission lines set up by private players are performing well. Their availability is close to 100 per cent, be it any voltage or length.

For private sector participation in the transmission segment, a lot of progress has been made on the policy front, by the regulator, the MoP, suppliers, etc. However, one issue that still remains is the absence of a central-level authority for the power sector like the National Highways Authority of India in the road sector.