Investor confidence is slowly returning to the sector with various reforms being undertaken to address industry concerns. However, while stepping up their investments in renewable energy projects, banks and financial institutions remain cautious about lending to conventional power projects. Leading financiers share their views on the sector’s performance and outlook…

What, in your view, have been the three most noteworthy achievements in the power sector over the past two decades? 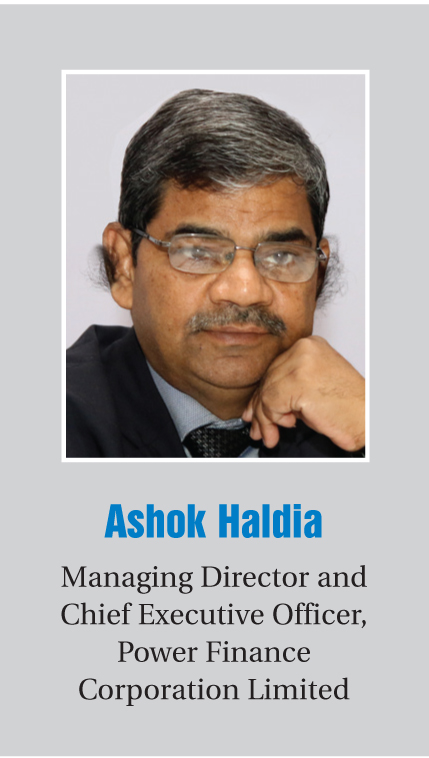 The power sector has undergone a major transformation in terms of its structure, legal framework, investor base and growth parameters. Liberalisation and reforms have acted as catalysts to spur growth and modernisation in the sector, which was otherwise dealing with inefficiencies and under-recoveries. India is now the third largest producer and fourth largest consumer of electricity in the world. Further, it has the fifth largest installed capacity in the world.

One of the most noteworthy achievements has been the reformist approach of successive governments. This is reflected in the revamped and forward-looking legislative framework, large-scale private sector participation in generation and, more recently, the aggressive push towards renewable energy. The Electricity Act, 2003 brought about a paradigm shift in the power sector. It delicensed the generation segment and introduced provisions for open access. Guided by Section 63 of the act, the National Tariff Policy mandated the utilities to procure power through the competitive bidding route. In addition, delicensing stimulated private sector investments in generation. Of late, the renewable energy sector has been in the limelight. Giving an impetus to renewable energy and consequential alteration of the energy mix is imperative and vital to India’s ambitious growth plans and energy independence.

Transmission and Distribution (T&D), demand-side management, which have hitherto been neglected in the planning and growth of the sector. However, they are now being given due impetus by the government, leading to consumption efficiency and a “one nation, one grid”. 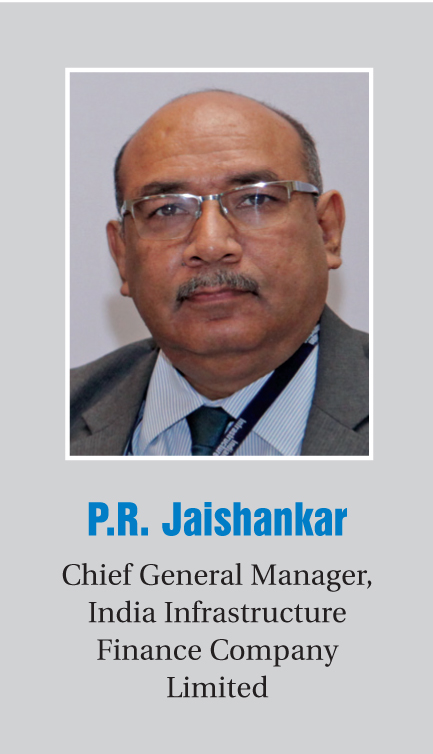 The power sector has undergone a significant transformation over the past two decades, thanks to the government’s efforts to increase generation, address fuel availability issues, and improve the economic feasibility of projects and the financial health of discoms. The following three achievements are the most noteworthy:

Power plants owned and operated by the private sector now contribute more than 30 per cent of the generation capacity. This is despite significant stranded capacity in the sector due to the lack of power purchase agreements (PPAs) from discoms and the non-availability of gas. Another achievement is the emergence of independent electricity regulatory commissions. In addition, there have been new investments in renewable energy, which have surpassed investments in conventional power generation. 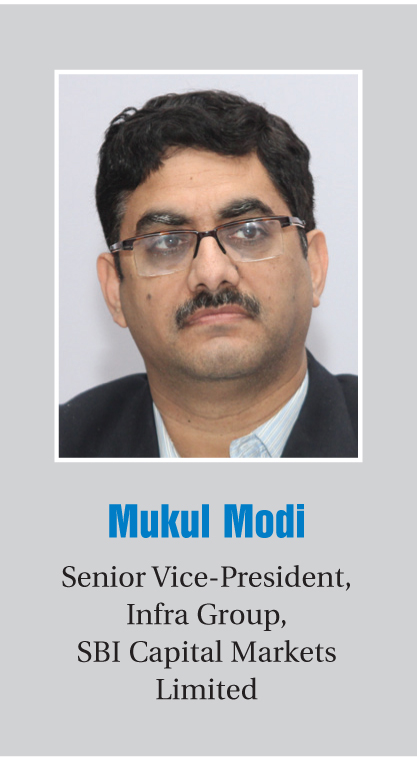 The sector has witnessed unprecedented changes in the past couple of decades. Three noteworthy achievements in the sector are as below: 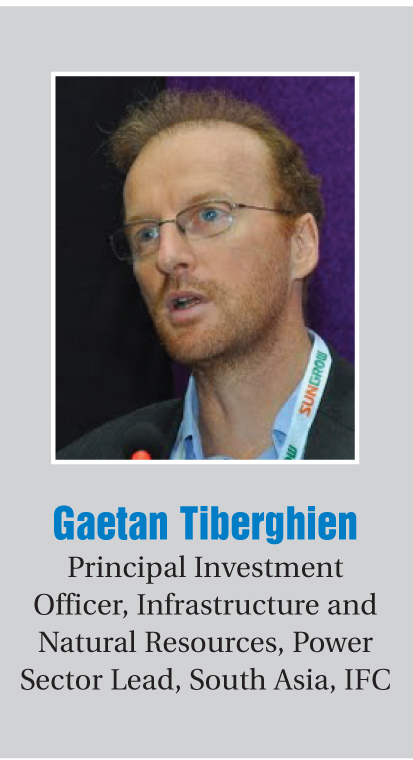 Some of the most noteworthy achievements are as follows:

The participation of global multilaterals and investors was an important trigger to promote renewable energy projects. To give our own example, the International Finance Corporation (IFC), as the largest global development institution, focused on the private sector in emerging markets. It has been a pioneering investor in renewable energy in India since as early as 2009, making steady investments in assisting private sector companies to set up renewable energy projects. This has contributed to the expansion of clean energy access and job creation. As of June 2016, IFC’s accumulated investments in renewable energy including mobilisation stood at over $1 billion. IFC portfolio companies have set up about 3 GW of different forms of renewable power projects in India.

In the past few years, IFC has introduced a number of innovative financing mechanisms such as green bonds, and the onshore maharaja and offshore masala bonds. These programmes are attracting new classes of investors from within and outside India, lengthening maturities and mobilising long-term rupee financing for infrastructure needs. IFC has also been aggressively helping third-party issuers to successfully issue green bonds by investing in the bond. For example, in 2015, IFC became the first institution in the emerging markets to issue green infrastructure bonds of $50 million. The proceeds of the amount raised will be used by Yes Bank to finance renewable projects. All these developments have supported the agenda of universal energy access.

What is the current investor sentiment with respect to the power sector?

The past one year has seen a lot of traction in investments in the renewable energy space. In the solar sector, although tariffs have declined, the fall in capex has more or less alleviated the concerns of investors and lenders. Large utilities have started investing in the solar sector, which augurs well for the sector and the industry at large. Further, with the introduction of UDAY, the discoms have been given a fresh lease of life. If implemented effectively, this would enhance the viability of the state distribution segment and fuel further investments in the sector. Besides, there has been increased private sector participation in transmission infrastructure, which is likely to grow manyfold in the years to come. This is the need of the hour as the renewable energy sector is likely to see massive capacity addition in the coming years.

However, private capital has become averse to investment in conventional power projects, be it hydro or thermal, in the past few years. Going forward, coal supplies from Coal India Limited are expected to increase. This would result in better financial health of discoms and an increase in Case 1 bids. Further, stranded projects are likely to attract investor interest  by bridging the equity gap with last-mile funding. The hydropower sector, which has not received adequate attention so far, also needs a boost. The projects that were stuck on account of  geological surprises and lack of clearances need capital for revival. Financial institutions are ready to infuse the required capital, but there is almost no visibility in the likely tariffs. Most of the states are reluctant to buy hydropower as the tariff from these projects is front-loaded and appears to be costly. However, if one was to consider the economic life of these assets, they are cheaper than all the other sources. Hence, there is a need to have a central utility that can procure hydropower and then sell it to the states at tariffs that are transparently discovered or determined. A hydropower obligation or a regulation that recognises run-of-the-river hydro projects of less than 100 MW capacity as renewables can rekindle interest in this sector.

Current investor sentiment in the sector is positive, particularly in the renewable energy sector. The government’s renewed attention to the development of green energy with a target to produce 175 GW of capacity by 2022, requiring an investment of over Rs 6 trillion, has evinced the interest of several investors, both domestic and overseas, to partake in India’s green energy drive.

While investors are interested in renewable energy assets, transmission assets, efficiency gains and storage solutions, they continue to face various issues such as:

Investors are looking forward to a tipping point in the power sector, led by a combination of cheaper power storage options and renewable energy.

The government has undertaken many policy reforms in the power sector in the past couple of years. Schemes like UDAY are likely to have a lasting impact on the fiscal health of discoms. Steps like the auction of coal blocks, the proposed auction of coal linkages and the e-auction of regasified liquefied natural gas will address the long-standing issues in fuel supply. Further, an increased emphasis on renewables has created new opportunities in the sector. However, further reforms are required at the distribution level to improve the health of discoms, thereby increasing power offtake and thereby increasing despatch. Overall, the investor sentiment can be termed as mixed with renewables drawing buoyant investor attention.

International and domestic investors are upbeat about the power sector, especially renewables. The government has set ambitious renewable energy capacity targets and made it easy for foreign investors to operate in the power sector by allowing 100 per cent foreign direct investment. This has also led to a growing global interest in the Indian clean energy sector, which has already witnessed large investments from international players and some major acquisitions in the recent past.

What is your outlook for the sector for the next few years?

The outlook for the sector is mildly positive. On the supply side, the plant load factor of operational private sector IPPs is likely to  improve marginally as new capacities come up. On the demand side, UDAY is expected to drive operational efficiency and financial discipline, thus creating demand for electricity in the longer term. Stranded/Stressed assets in the conventional power sector are likely to see a resolution with the increasing involvement of lenders by bringing about a change in management and ownership. This process will have its own set of challenges for lenders by way of increased provisioning. However, the same will be temporary in nature until the intrinsic economic value of the assets is restored. As far as capacity addition in the thermal sector is concerned, it would be largely driven by state-owned companies. Further, in the power value chain, the focus has already shifted to transmission. Moreover, growth in the renewable energy sector is expected to sustain. The increasing share of renewable energy will not only be beneficial for the power sector but will also help in achieving an optimal energy mix. The capacity addition of ground-mounted solar is no longer a challenge. The impetus would now shift to rooftop solar and decentralised generation. The large-scale adoption of demand-side management programmes is likely to translate into significant savings not only for consumers but also for discoms.

One can expect increased investment opportunities in the renewable energy sector over the next few years, as the government attempts to meet its targeted capacity addition through renewables.

Further, in the face of rapid technology changes that lower the cost of power generation, it is important for the government to ensure that the contracted obligations are met by the state discoms in a timely manner in order to instil investor confidence in the sector. An effective drawal mechanism may be considered so that different tariffs can coexist and the viability of existing projects is not impacted.

The sector will continue to see a shift towards lower costs, cleaner energy generation, reduction in T&D losses, investment in smart grids, improvement in energy efficiency, as well as better forecasting and demand management, assisted by the internet of things.

The future of the sector is likely to increasingly focus on renewable energy and how technical changes can make this a more dominant source of energy. Further investments are likely to be in the areas of newer, smarter technology, especially in transmission, distribution and energy storage. Smart grids and real competition at the retail consumer level may also receive attention.

We are optimistic that the sector will continue to grow at a healthy pace. With the reforms momentum picking up, growth is expected to strengthen over the medium term. It is encouraging to see the Indian government’s focus and commitment to provide 24×7 power to all in the next five years. In addition, the ambitious targets of achieving 100 GW of solar energy and 60 GW of wind energy are important elements to achieve the Power for All agenda. The massive capacity addition plans, grid strengthening to support renewable installations and the creation of jobs present good opportunities for the sector in the future. The important part is that renewable energy projects can be implemented fast, and are much less prone to delays and cost overruns during construction.

However, for the smooth implementation of projects, some challenges will need to be overcome. In addition to payment risks, the other main concern is curtailment. The renewable energy sector benefits from priority despatch, but as its penetration increases, it becomes more difficult to integrate the entire electricity generated and balance the grid at the same time. Key changes will be needed to reduce curtailment risk – better transmission capacity, but also storage, forecasting and regional despatch.