That the Ujwal Discom Assurance Yojana (UDAY) will bring about a positive change in the power sector is the unanimous verdict of the country’s leading private discoms. However, issues such as the reluctance of some loss-making states to join UDAY and the lack of cost-reflective tariff hikes could derail the reform programme. Leading private discoms share their views on UDAY and other sector developments… 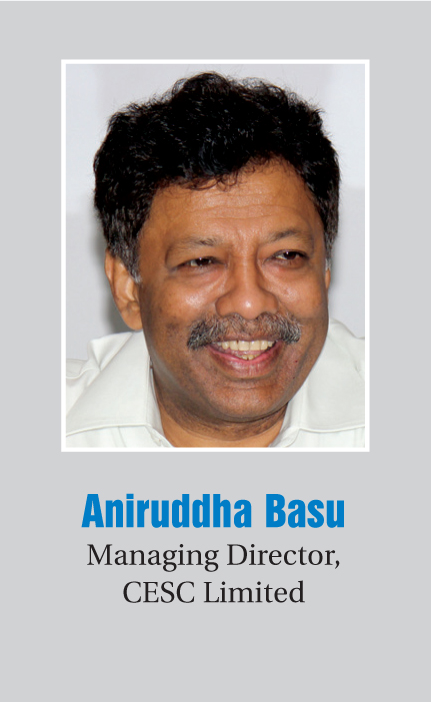 The thrust on enhancing the installed generation capacity in the country has been a key achievement with power and energy shortages being almost eliminated. Of course, the efforts will have to be sustained since there is significant suppressed demand today (because of the cost of supply and revenue realisation price gap) and latent demand will also unfold with the government’s Power for All drive.

The growing focus on renewables is another noteworthy achievement. Over the past two decades, pilot roll-outs and commercial deployments in renewables have scaled up and a steep ramp-up is planned in the years ahead.

The implementation of smart grid initiatives and the increasing integration of information and operational technologies have also been key achievements. Utilities are now harnessing the benefits of leaps in telecommunications to closely monitor and control their assets through remote terminal units/feeder remote terminal units, communicable meters and modern supervisory control and data acquisition (SCADA) systems/ advanced distribution management systems. In addition, geographic information system (GIS), computer information systems, outage management system and a host of other IT applications are being integrated. The integration of renewables has also commenced. Storage, microgrids and e-vehicle charging are on the cards. All these smart initiatives will help reduce losses, enhance system reliability and deliver consumer-friendly services. 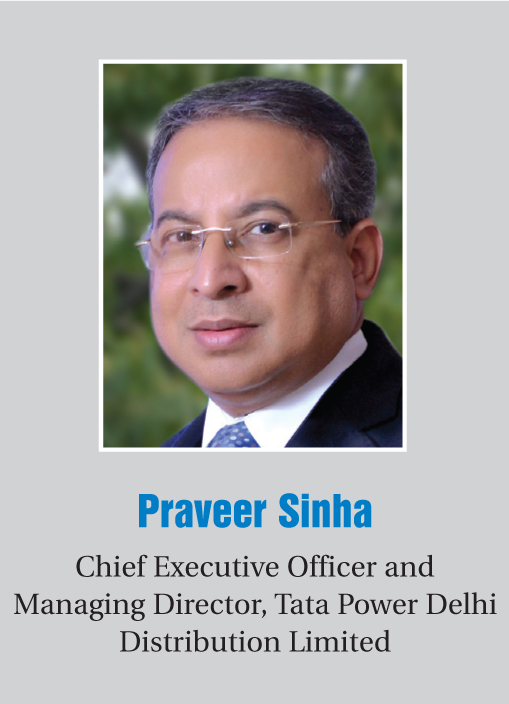 India’s journey of power sector reforms began in the early 1990s when it was realised that reforms were the best option to overcome the poor financial state and inefficient performance of state-run utilities. The first reform phase saw the liberalisation of power generation, thus increasing private sector participation and investments from both domestic and foreign players. This was followed by structural and governance reforms in the second phase during the late 1990s. This phase saw two important developments – the unbundling of the utilities into gencos, transcos and discoms, and the establishment of independent regulatory commissions. During the third phase of reforms, the Electricity Act, 2003 was passed. This was a very critical milestone that brought open access to transmission and distribution networks, thus paving the way for power marketing. The latest amendments to the Electricity Act, 2003, proposed in 2014, will further give a fillip to this effort, with a greater focus on renewables, 24×7 Power for All by 2019 and segregation of the wires and supply business, thus making the electricity market more competitive.

Although the pace of reforms has been encouraging in the generation and transmission segments, it has been sluggish in the distribution segment, resulting in mounting technical and commercial losses of the discoms, and hence, dissatisfied consumers. Some of the challenges facing the distribution segment were high aggregate technical and commercial (AT&C) losses with a national average of around 34 per cent; high theft resulting in an annual loss of around $4 billion; populist government policies of giving highly subsidised or free power to certain consumer groups; a wide gap between billing and collection; and poor network reliability and power quality. To overcome these challenges and bring in world-class infrastructure coupled with best practices and performance, the government launched the Accelerated Power Development and Reforms Programme (APDRP) in 2002.

The various components under the APDRP included renovation and modernisation of substations, transmission lines and distribution transformers (DTs); augmentation of feeders and transformers; installation of feeder and consumer meters; high voltage distribution system (HVDS); consumer indexing/GIS; SCADA; and computerised billing. Under these schemes, metering of feeders, DTs and consumers was of prime importance, and the aim was to achieve 100 per cent metering on feeders and consumers. During this period, metering technologies also underwent a sea change. Many leading Indian meter manufacturers started offering innovative products with state-of-the-art features such as half-hourly reads, time-of-day/use, multi-tariffs, load survey and AMR communication.

The metering of feeders and DTs assumes critical importance as it enables energy accounting and energy audit at the bulk levels of energy exchange so that when used with consumer meter data, energy accounting at the bulk level and retail level can be accurately established, facilitating accurate calculation of losses at various stages of the network, from a substation to a retail consumer. Energy audit applications also provide accurate data about leakages (technical as well as theft) and wastage, which can be an effective tool in plugging the gaps. Further, metering of DTs helps in tracking the loading pattern of transformers, thereby reducing outages, apart from providing useful information on consumer consumption patterns for demand-side management (DSM). Another innovative scheme that attracted great attention was the HVDS. The HVDS was primarily designed to reduce technical losses caused by thefts, by improving the HT/LT ratio, and running a high voltage 11 kV line and terminating it near a small-sized DT that serving 5-10 consumers at the maximum.

In the past decade, there has been a significant change in technology deployment and AT&C loss reduction in many states, including the national capital. There is now an increased focus on distributed generation through solar, wind and other renewables under the ambitious target of 175 GW by 2022. Recent policies and reforms, like the National Tariff Policy, 2016, solar policies of states, the Integrated Power Development Scheme, rural electrification through microgrids, and DSM for peak demand reduction, are also noteworthy achievements for the sector.

The increase in the generation capacity has brought down the energy and peak deficits in the range of 1-3 per cent, which is also an achievement. This has been possible mainly due to enhanced private sector participation in generation.

Energy efficiency and climate change are other important areas of development in the sector that have gained government attention in the past few years. The government has been promoting DSM through various schemes including the Bachat Lamp Yojana, the light-emitting diode (LED) distribution scheme and the star rating programme for appliances.

In addition, renewable generation has been mandated under the National Action Plan on Climate Change and aggressive targets have been laid down for the same. The prices of solar generation in the past few years have also come down progressively, making it at par with conventional generation sources.

While there have been improvements through focused intervention at various levels, some steps need to be taken to bring about increased transparency in the pricing and billing of coal to generation companies, amortisation of regulatory assets to move towards cost-reflective tariffs, and increased transparency and competition in the sector, particularly in the distribution segment.

What will be the impact of UDAY? What else needs to be done?

It is expected that the implementation of UDAY will help participating discoms tide over their financial distress, reduce interest costs and debt levels, and bring down power tariffs. This will further enhance the ability of discoms to source more power.

For UDAY to be successful, a number of measures need to be taken including adequate and timely tariff revisions by state regulators, political support with respect to timely release of subsidies, adequate capital outlays by utilities for infrastructure upgrades, and adherence to performance milestones by discoms.

After two discom bailout packages, in 2002 and in 2012, the Ministry of Power (MoP) has approved a third round of debt restructuring with the launch of UDAY. UDAY assures the revival of discoms through a permanent resolution of existing as well as potential issues of the sector. It empowers discoms and gives an opportunity to break even in the next two to three years. This scheme involves four key initiatives – improving the operational efficiencies of discoms, reducing the cost of power, reducing the interest costs of discoms, and enforcing financial discipline on discoms through alignment with state finances.

A critical element of UDAY is that the states will take over the future losses of discoms in a graded manner. Starting 2017-18, the losses that a discom may incur will be considered in the state’s Fiscal Responsibility and Budget Management (FRBM) targets. In 2017-18, 5 per cent of the previous year’s losses will be taken over; in 2018-19, 10 per cent; in 2019-20, 25 per cent; and by 2020-21, 50 per cent will have to be taken into the state’s FRBM fiscal deficit targets. This essentially implies that unlike the previous bailout schemes, the states will be responsible for any discom losses this time. This puts the onus on them to ensure sustainable solutions.

Do you foresee an improvement in discom finances?

A promising start to address the issue of deteriorating discom finances was made in the past year with the launch of UDAY. Unlike the previous bailout packages, UDAY appears to be a promising reform move as it enables close monitoring of the discoms’ various targets and commitments. A key difference from earlier initiatives is that the states will be required to fund the future losses of the discoms, thus preventing them from becoming loss-ridden again. However, the scheme is optional for the states and several high-loss-incurring states are yet to join the scheme. Thus, its impact at an aggregate level remains to be seen. Apart from helping discoms achieve a financial turnaround, UDAY is expected to reduce the discoms’ AT&C losses by improving their operational efficiency.

UDAY provides incentives for the restoration of discoms and also ensures a sustainable and steady solution to the problem. The scheme envisages a vital role for the state governments, which will take over 75 per cent of the discoms’ debt and help reduce the interest rate for the balance 25 per cent. The states will issue non-statutory liquid ratio bonds including state development bonds either in the market directly, or to the respective banks/financial institutions holding the discoms’ debt. The scheme also envisages the states taking over the future losses of the discoms in a graded manner. Increasing the ambit of the government’s flagship scheme, the MoP is expected to soon approach the cabinet to incorporate private discoms in it.

UDAY is a progressive initiative taken for recovery from the power sector crisis. The scheme has come at a crucial time when the state discoms, with a collective debt of Rs 4.3 trillion, are on the verge of an economic fall. The accumulated debt of the discoms meant that the interest expense forms a big chunk of power supply costs, which could not be recovered through consumer tariffs. If the scheme is implemented, it is expected that the takeover of debt by the state governments is likely to translate into savings in interest costs of about Rs 700 million for discoms. This, in turn, will provide relief in the cost of supply by about Re 0.60 per unit on an all-India basis by end-2018-19. However, the impact on the cost of supply for distribution utilities in four states (Tamil Nadu, Rajasthan, Uttar Pradesh and Haryana) will be significantly higher. UDAY will focus both on liquidity improvement and loss reduction by lowering the interest burden. This will provide the discoms an opportunity to start afresh. However, it is felt that UDAY will provide partial relief to consumers as it brings savings in terms of lower interest burden. However, the financial health of the discoms can only be improved if there are regular tariff revisions. Only if UDAY tackles the issue of efficiency improvement and cost-reflective tariff hikes by making the states accountable will it be a complete bailout package for the discoms. The scheme also has important implications for the banking sector. As of March 2014, Indian banks’ exposure to the power sector was around Rs 5,407.69 billion. For consumers, UDAY will provide relief through savings in interest costs, which will ultimately have a direct bearing on rates and tariffs.