The Ujwal Discom Assurance Yojana (UDAY) was launched more than a year ago as one of the signature schemes to transform the power distribution segment. Industry experts analyse the impact of the scheme’s so far, and identify the gaps that remain. Excerpts…

What are some of the improvements that you see in the power distribution segment following the launch of UDAY? 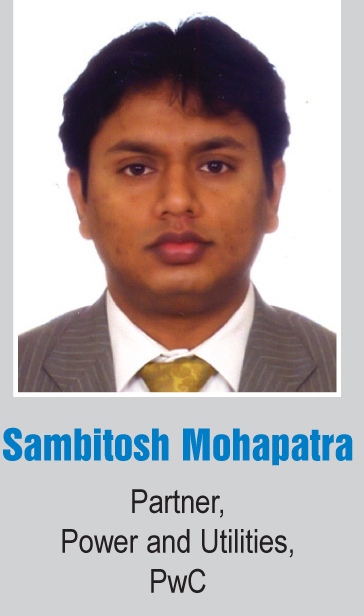 Over the past 18 months, several measures have been taken at the central level to ease discoms’ woes. UDAY encompasses them all. Post UDAY, other reform measures like enhancing coal availability, competitive bidding through reverse auction across the value chain and easing of logistics woes have eased the cost pressure on discoms. Discoms have reduced the average cost of power supply by 12.83 per cent (Rajasthan), 12.25 per cent (Bihar) and 7.83 per cent (Punjab) from 2015-16 to the first half of 2016-17. With the energy efficiency and feeder segregation programmes (especially segregating and rostering of agricultural feeders), discoms have been able to manage their demand, revenue and subsidy requirements better. The implementation of the Restructured Accelerated Power Development and Reforms Programme (R-APDRP) to re-engineer processes has picked up. We also see that regulatory compliance by discoms has improved with 15 out of 18 UDAY states/UTs filing tariff petitions (including multi-year tariffs) for 2016-17. Results have begun to show on the ground. Rajasthan’s discoms have reduced their average cost of supply (ACS)-average revenue realised (ARR) gap from Rs 1.68 per unit in 2015-16 to Re 0.83 per unit during the first half of 2016-17 (on an input energy basis). Dakshin Haryana Bijli Vitran Nigam has, for the first time since its inception, made a profit of Rs 790 million in the first half of 2016-17. The discoms of Gujarat, Uttarakhand, Chhattisgarh and Maharashtra have achieved a reduction in aggregate technical and commercial (AT&C) losses. This is a great start to the scheme. 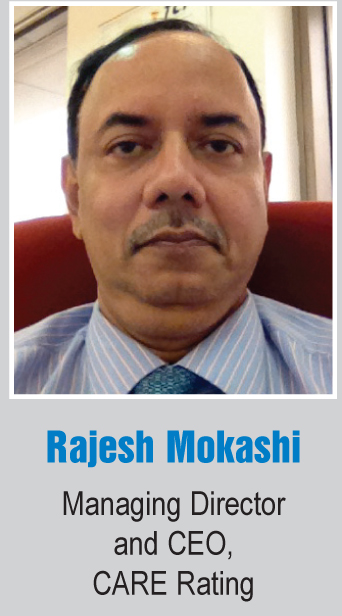 Since the launch of UDAY in November 2015, 22 states have joined the scheme. As per the data available on the UDAY website, the total bonds issued by the participating states stood at Rs 2,141.87 billion. These bonds were issued at fine rates linked to G-secs with some spread vis-à-vis 12-13 per cent of discom debt. The issue of bonds by the states under UDAY has led to a significant reduction in interest costs for the utilities and has largely addressed the issue of higher debt. The higher external debt on the books of the utilities is replaced by cheaper state government debt, some part of which has already been converted into grant/equity in the first year, while the balance would be converted over the next few years. The lower interest burden and reduction in the payment of the principal liability have led to the easing of the liquidity profile of the distribution utilities. The distribution of LED bulbs has also seen active participation by the states. The progressive distribution of energy efficient LED bulbs by discoms has helped lower the peak load and resulted in significant energy savings for consumers. Some states have also made good progress in terms of providing power to unconnected households.

The question really should be to list the continuing weaknesses. Small improvements are not good enough. Political meddling and weak state regulators continue. Most distribution companies lose money. The renewable power purchase obligation is not enforced. There is yet no concerted attempt to provide backup power when renewable power supply is low, nor is there any action for storage of power. Against this background, UDAY addresses only a part of the problem of electricity distribution. The really important issues are unaddressed. 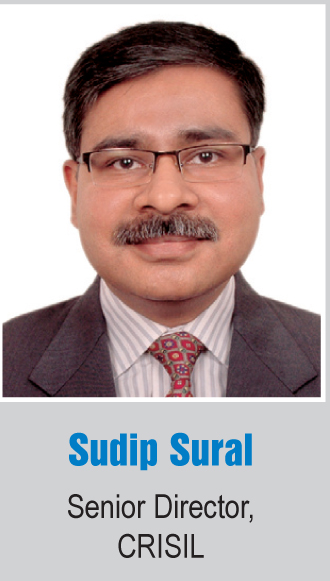 As a result of the financial restructuring under UDAY, which has changed the composition of discom debt in favour of state-guaranteed debt or state government loans, all-India discom losses have come down. Going forward, it is expected that the bulk of the losses will be accounted for by only a handful of states and, therefore, concerted efforts in these states to improve AT&C losses can further improve the all-India loss and debt situation.

What are some of the still unresolved issues and concerns and what is the way forward to address them?

Funding support to undertake investments for achieving a turnaround: Discoms are facing challenges in availing of funds for taking operational initiatives to achieve loss reduction targets. In this regard, the government may also look at incentivising well-performing discoms by increasing the capital allocation to states performing well under the UDAY to ensure that the turnaround is lasting and sustainable. This will instil competitiveness among the utilities.

Among the three issues that largely affect the power distribution segment are the gap between the ACS and the ARR, high AT&C losses, and untimely and inadequate tariff revisions. Over the years, high AT&C losses, inadequate tariffs, high cost of power and operational inefficiencies have led to continuous losses for discoms. These losses were largely financed through bank borrowings. While debt takeover by the respective states under UDAY may have addressed the immediate liquidity issues of the utilities, the fundamental issues of the ACS-ARR gap and high AT&C losses still remain. Although UDAY has set aggressive targets for the elimination of the ACS-ARR gap and the reduction in AT&C losses to 15 per cent (both by 2018-19), the achievement of the same is yet to be seen. Further, even after 16 months since UDAY was launched, there are no tangible results on the ground with respect to the offering of long-term power purchase agreements (PPAs) by the state discoms. The absence of PPAs continues to affect the financial profile of private independent power producers (IPPs), which are struggling to meet their costs, given the unremunerative/lower merchant tariffs.

Timely and adequate increases in power tariffs and competitive purchase of power coupled with operational efficiencies in power distribution should help address the ACS-ARR gap issue.

Also, higher spending on improving the distribution infrastructure, viz. smart metering, feeder segregation, feeder metering and audit, and increased use of information technology should result in a reduction in distribution losses in the medium term. Lastly, a scheme is as good as its monitoring. While the overall intent of UDAY is good and is expected to have a lasting impact on discom operations and finances, its implementation in right earnest is going to be a big challenge for both the central and state governments. Close monitoring at the central level, with adequate incentives and disincentives (viz. grants under central schemes) and active participation by the states should go a long way in making the scheme a success.

Regulators must be appointed for genuine independence. Retired bureaucrats, who are appointed, are mostly compliant with the government’s wishes. They must do what is needed to protect the user, make the enterprise viable and make surpluses for maintenance and investment expenditures, determine tariffs so that they are based on independent audits. Distribution companies must be made to report every month on their performance in relation to the ARR and corrective actions proposed when off-track.

Franchisees should be appointed to take charge of last mile distribution and collection. Thefts should be stringently penalised. Safety must be a priority and reported monthly. Non-performer discom executives must be moved out. Corrupt officials must be identified and punished. Money due from governments (on account of subsidies, etc.) must be reimbursed in time and regulators must threaten legal action if a discom is not reimbursed in time.

Are any of these likely to happen? In our election-driven society in which bureaucrats ensure their comfortable post-retirement employment, it is not. Electricity, and especially distribution, will remain in financial and efficiency doldrums.

The most vexing issue is that long-term PPAs signing of has remained elusive. With the financial situation of discoms improving after UDAY, power demand was expected to grow at a healthier pace. However, given the continued losses, their energy requirements have so far been lower than that envisaged. In fact, as per the National Electricity Plan for 2021-22 released recently by the Central Electricity Authority, power demand till 2021-22 is expected to grow at a moderate pace of 6.5 per cent and reach 1,611 billion units (BUs) from 1,107 BUs in 2015-16. As a result of this, activity levels in signing of long-term PPAs have remained subdued. As far as a reduction in AT&C levels is concerned, achieving the compulsory feeder/DT metering and feeder segregation milestones under UDAY will be critical and will need to be monitored closely.