Wind power development in the country started in 1986, with the setting up of the first wind farms in Maharashtra (Ratnagiri), Gujarat (Okha) and Tamil Nadu (Tirunelveli). Despite several challenges, the segment has recorded significant growth. Today, India represents the fourth largest wind market globally, both in terms of cumulative capacity and annual additions. Amongst renewables, wind power accounts for over 57 per cent of the installed capacity, with over 32 GW installed till end-March 2017.

The year 2016-17 has been a record year for the wind segment in terms of capacity addition, with about 5.5 GW of capacity being added. One of the reasons for this record addition was the government’s decision to slash the accelerated depreciation (AD) benefit from 80 per cent of the project cost to almost 40 per cent and discontinue generation-based incentives (GBIs) from April 2017. The year also saw wind tariffs crashing to a record low of Rs 3.46 per kWh under the country’s first-ever wind power auction.

So far, wind projects in the country have been set up under a fixed feed-in tariff (FiT) regime. Under this, wind power developers sign power purchase agreements (PPAs) with discoms at a fixed tariff. Some developers sign PPAs with third parties at a mutually agreed rate. Installing captive or group captive power projects is another popular route for project development, especially in the wind segment.

In 2016, the government notified the reverse auction scheme for wind projects totalling 1 GW, with the objective of encouraging competition and ensuring efficient and transparent e-bidding and e-auctioning processes. Reverse auction involves bidding for projects tendered by the government, with the lowest bidder winning the contract.

Post bidding, developer confidence in the mechanism has increased. Under the FiT regime, there were delays in payments and PPA signing as the financially stressed distribution companies shied away from buying power from wind power plants. The competitive bidding process not only assures timely payments for fixed terms, but also provides project visibility.

Following the successful allocation of 1 GW of wind capacity, the Ministry of New and Renewable Energy (MNRE) has launched another round of wind auctions for 1 GW of wind power projects, thus creating opportunities in the segment. Several states have also announced a move towards the competitive bidding regime and are likely to come up with their respective tenders in 2017.

The country’s overall manufacturing capacity stands at around 10 GW, with 20 approved manufacturers and 53 models of wind turbines. Wind turbines ranging from kilowatt-scale to 3 MW are being manufactured across these units.

The equipment industry has witnessed the entry of several new players, while the existing ones expanded their production capacity in anticipation of a growing wind power market. Brazil-based WEG has announced its entry into the Indian wind market and plans to manufacture turbines at its Hosur plant in Tamil Nadu, where it currently manufactures large electric motors and generators. In another development, LM Wind Power has set up a second blade factory at Vadodara in Gujarat, while Gamesa has set up a new factory at Nellore in Andhra Pradesh.

Vestas, which entered the Indian market in 1989, and has a research and development centre in Tamil Nadu, recently established a blade manufacturing unit in Gujarat in just 15 months, to cater to the increasing local demand. Meanwhile, established European wind player Senvion has started operations in India by acquiring the manufacturing facility of Kenersys India. Spanish conglomerate Acciona too entered the Indian market in 2016. And other players like Envision and Sany Global are expected to enter this market soon.

India has the potential to become a leading export market. It has already exported more than 7 GW to 32 countries. As per the Global Wind Energy Council (GWEC), wind turbines manufactured in the country are considered to be at par with international standards. 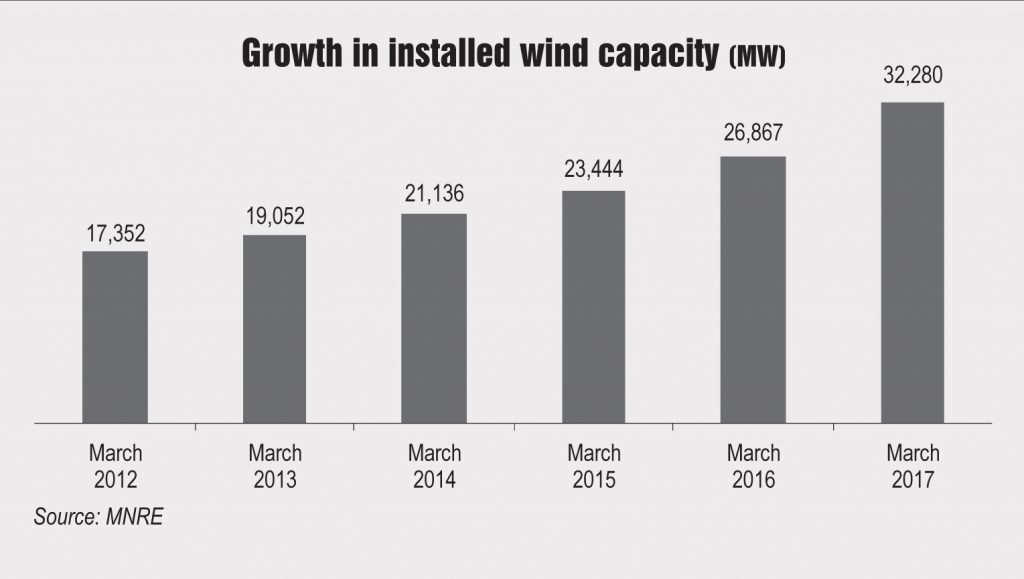 Despite uncertainty in the segment due to the reduction in AD and the withdrawal of GBIs, new opportunities are emerging in the wind segment. One of these is repowering. Wind farms in Tamil Nadu, Maharashtra and Gujarat have a number of ageing wind turbines, which were installed during the early stages of wind power development in the country. Nearly 10 GW of installed projects have sub-100-metre hub heights and a rated capacity of 225 kW to 1,000 kW. Of these, about 3.4 GW of plants, which are at high wind potential sites, are obsolete and could benefit from repowering. The National Institute of Wind Energy (NIWE) has reassessed the wind power potential to be 302 GW at 100 metres. Based on this, the government has come out with a repowering policy, which will enable owners to replace obsolete wind turbines of less than 1 MW capacity with the latest technology. To further incentivise wind farm owners, the government has promised a rebate of 0.25 per cent aside from the existing benefits for the segment.

Another key area is solar-wind hybrids and the government has been taking several steps to encourage such systems. A 10 GW target has been set under the draft solar-wind hybrid policy, and fiscal and financial incentives have been made available along with low-cost financing for hybrid projects through the Indian Renewable Energy Development Agency and other financial institutions. With the development of a 2.5 MW solar-wind hybrid pilot project at Rangrik in Lahaul-Spiti district, Himachal Pradesh, the wind industry has taken its first step into hybrids. The commissioning of the project by October 2017 will open up new avenues for the hybrid industry in India.

Further, tapping the offshore wind potential is expected to boost growth in the wind segment. In 2013, the MNRE launched a consultation on offshore wind and announced the Offshore Wind Policy in October 2015. Under the policy, Facilitating Offshore Wind in India (FOWIND) is undertaking a reassessment of the offshore wind potential in two coastal states – Gujarat and Tamil Nadu. This is a four-year project being implemented by a consortium led by the GWEC and co-financed by the European Union and Gujarat Power Corporation Limited. Currently, FOWIND is engaged in undertaking the first offshore wind resource measurement in the Gulf of Khambhat, off the coast of Gujarat. India’s first offshore wind research platform is also being developed under this project. Further NIWE is in the process of finalising the first geophysical survey along the coast of Gujarat. With such significant developments in the industry, the first tender for offshore wind is likely to be announced in 2019.

One of the key concerns in the wind segment has been the financial viability of the low bids. As has been the case with solar, competitive bidding and low tariffs could impact returns for wind project developers. According to ratings agency ICRA, at a capital cost of Rs 65 million per MW, capacity utilisation of 24 per cent, debt tenors of 18 years and interest rates of 10 per cent, the internal rate of return for wind energy projects would be less than 10 per cent at the tariff discovered in the latest auction.

Another key challenge pertains to grid integration. Discoms have been asking power producers to curtail their generation, especially in states rich in wind capacity, like Tamil Nadu. Curtailing not only results in financial losses for developers but also leads to dampening of investor interest, which may prevent achievement of the capacity growth targeted.

Meanwhile, due to their poor financial health, the discoms are unable to meet the national renewable purchase obligations announced in 2016. Affordable debt financing remains another challenge. High interest rates and limited availability of affordable debt pose challenges for developers as well as original equipment manufacturers. Land acquisition and title clearing continue to be a challenge for most onshore installations, and reforms in this regard are long overdue.

Another big challenge for the segment could be the levy of the goods and services tax (GST), which is likely to come into effect in July 2017. At present, a number of exemptions are available for the components and goods required for wind projects. However, most of these exemptions may cease under the GST regime.

That said, given the existing potential and maturity of the wind segment in India and technological improvements, there is hope that the segment will achieve its 60 GW by 2022 target. 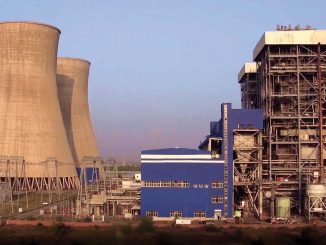