Over the past one year, the Ministry of Power (MoP) has made several efforts to meet its climate change commitments, drive distribution reforms and increase transparency and fair competition through the implementation of electronic competitive bidding across the sector. The Central Electricity Regulatory Commission (CERC) has also been playing a proactive role in defining the regulatory framework for the sector in accordance with emerging needs – be it introducing concepts like the new transmission planning methodology, floating staff papers on new areas such as energy storage and a national open access registry, or amending existing regulations to keep them relevant.

Distribution reforms: The latest addition to the slew of distribution measures taken by the government is the launch of the Pradhan Mantri Sahaj Bijli Har Ghar Yojana or “Saubhagya” is aimed at providing electricity connections to 40 million households across the country by December 2018. The scheme will entail an outlay of Rs 163.20 billion. About 86 per cent of the total outlay is for rural households while the remaining is for urban households. Meanwhile, during the second half of 2016-17, 10 states joined UDAY, taking the total number of states to 27. The scheme is making considerable progress with AT&C losses coming down at the national level and significant savings in interest costs. In another key development, the Central Electricity Authority (CEA) announced the preparation of a new long-term distribution perspective plan which will consider infrastructure and investment required by the various distribution companies on an annual basis till 2021-22.

Optimising power procurement: The MoP launched the MERIT (Merit Order Despatch of Electricity for Rejuvenation of Income and Transparency) portal in June 2017. While most states claim to follow the merit order principle, it is not known whether they actually adhere to it. To this end, the web portal promotes transparency and displays information regarding the merit order of electricity procured by states such as daily state-wise marginal variable costs of all generators, daily source-wise power purchases of respective states/union territories with source-wise fixed and variable costs, energy volumes, and purchase prices. In the same month, it launched a weather portal to assist discoms in taking proactive steps regarding short- and medium-term power management processes in line with weather forecasts.

Revised Mega Power Policy: In March 2017, the government amended the Mega Power Policy, 2009 for 25 provisional mega power projects aggregating 32 GW. The time period for providing the final mega certificates to the tax authorities so as to avail of the benefits for importing duty-free equipment has been extended to 120 months (instead of the 60 months previously) from the date of import. The policy was due to end on March 31, 2017 but has now been extended to 2022. These projects have to enter into long-term power purchase agreements (PPAs) within this extended period to avail of the benefits. Of the eligible projects, only 11 GW of capacity has been commissioned and the remaining is stranded due to the lack of PPAs. This amendment is expected to give a fresh lease of life to independent power producers (IPPs) for the remaining projects, aggregating 21 GW.

Competitive bidding: In December 2016, the MoP amended the revised guidelines for the procurement of short-term (more than one day to one year) power, issued in March 2016, to provide greater clarity on the e-reverse auction (e-RA) system introduced by it. Soon after, the ministry also released new guidelines for medium term (one to five years) power procurement from power stations set up on a finance-own-operate basis. These guidelines are also applicable to plants built on a design-build-finance-operate-own basis. Earlier, in August 2016, the government extended the scope of the DEEP (Discovery of Efficient Electricity Price) e-bidding portal to include medium-term power procurement. At the same time, it launched the e-Trans web portal to introduce e-RA for tariff-based competitive bidding of transmission projects.

Focus on clean energy: The government revised its capacity addition target for solar parks by another 20,000 MW in Union Budget 2017-18. The cumulative target now stands at 40,000 MW. The wind segment switched from the traditional feed-in tariff regime to competitive bidding for project allocation, with the Solar Energy Corporation of India successfully concluding the first e-RA for 1,000 MW in February 2017. In September 2016, the MoP released an order regarding the waiver of interstate transmission charges and losses for electricity generated from solar and wind energy projects in line with the revised National Tariff Policy, 2016.

Coal-related policy developments: In May 2017, the government announced a new coal linkage policy, SHAKTI (Scheme to Harness and Allocate Koyla (Coal) Transparently in India), which aims to auction long-term coal linkages to power companies. The IPPs participating in the auction will bid for discounts on the existing tariff and this would be adjusted from the gross coal bills. The first linkage auction was conducted recently in which over 27 million tonnes was allocated. Meanwhile, In February 2017, the MoP notified the methodology for the use of domestic coal allocated to states by IPP stations. This was in continuation of the ministry’s previous notification, released in June 2016, wherein it had allowed flexibility in coal utilisation among state and central generating stations. The state supplying coal could invite tariff bids from IPPs for the use of domestic coal from its aggregated coal allocation and the IPPs would supply power to the state in lieu of the coal transfer.

ESCert regulations: The MoP launched the trading of energy saving certificates (ESCerts) under the government’s Perform, Achieve and Trade (PAT) scheme in September 2017. With this, designated industries under the PAT scheme, can buy and sale ESCerts at the Indian Energy Exchange and Power Exchange India Limited. For the trading mechanism, CERC is the market regulator and BEE is the administrator for trading of ESCerts. POSOCO has been appointed as the registry for making DCs as eligible entities for trading of ESCerts.

New solar norms: In August 2017, the Ministry of New and Renewable Energy issued the Solar Photovoltaics, Systems, Devices and Component Goods (Requirement for Compulsory Registration) Order that makes solar equipment eligible for sale only if it is registered and approved by the Bureau of Indian Standards (BIS). The new norms provide for the destruction of equipment that does not have the standard mark of BIS. The norms are expected to encourage domestic manufacturers by discouraging the import of inferior Chinese equipment and will come into effect one year after their publication in the official gazette.

Guidelines on cross-border trade: The MoP notified these guidelines in December 2016 in line with the SAARC framework agreement for energy cooperation signed in November 2014. The need for greater clarity on policy regarding cross-border trade through the power exchanges resulted in the formulation of these guidelines, which could prove to be a turning point in the creation of a regional electricity market and a robust cross-border electricity infrastructure.

Advisory on sourcing supercritical units: In January 2017, the MoP extended the timeline for the CEA’s advisory, which was issued to central and state sector generating companies to incorporate the condition of setting up phased indigenous manufacturing facilities in their bids for boilers and turbine generators for supercritical units. The advisory originally issued in February 2010 had expired in October 2015. It has now been extended by three years up to January 2020 and is expected to have a positive impact on domestic equipment providers.

Open access consultation paper: In August 2017, the MoP notified a consultation paper on issues pertaining to open access. The ministry has proposed that open access customers schedule power for at least 24 hours whenever they seek open access, and the state electricity regulatory commissions (SERCs) should determine cross-subsidy surcharge (CSS) based on the category-wise cost of supply, thus identifying the real cross-subsidy. The MoP has also made a case for the introduction of differential CSS by SERCs as per time-of-day tariff for peak, normal and off-peak hours. Besides, the ministry has proposed that SERCs ensure that discoms develop the requisite capability and infrastructure to assess the costs incurred in the supply of power to each consumer category.

Issue of compensatory tariff: In April 2017, the Supreme Court disallowed Tata Power Company and Adani Power to charge compensatory tariffs owing to the Indonesian coal price hike issue pertaining to the companies’ respective power plants in Mundra, Gujarat. The court had set aside earlier orders by the Appellate Tribunal for Electricity (APTEL) (April 2016) and the CERC (December 2016), which allowed compensatory tariffs to the two companies to cover the difference in the coal prices – the price based on the coal sale agreements and the price of coal ex-Indonesia. Following the Supreme Court’s direction to use a fresh approach to resolve the matter, the CERC in May 2017 allowed tariff adjustments on account of levy of basic customs duty, clean energy cess and countervailing duty on imported coal, as well as levy of customs and allied duties but disallowed the carrying cost.

Revised REC prices: In July 2017, the Supreme Court allowed the trading of renewable energy certificates (RECs) at the prices prevailing before March 31, 2017. Further, it directed REC procurers to deposit the difference between the earlier price and the revised price determined by the CERC order dated March 31, 2017. The CERC in its order had revised the downward floor price of solar and non-solar RECs by 71 per cent and 33 per cent respectively. Subsequently, the power generating companies affected by the order filed a petition before APTEL. However, APTEL declined the request for a stay order on REC trading. The decision on the matter is pending until the issuance of the final order by APTEL.

Intra-state ABT: In July 2016, the Forum of Regulators adopted the Scheduling, Accounting, Metering and Settlement of Transactions in Electricity (SAMAST) report submitted by a committee constituted by it. This pertains to intra-state implementation of the availability-based tariff (ABT) mechanism, which has been operating smoothly at the interstate level. Given the planned renewable energy capacity addition and the rapid evolution of new market mechanisms, there is a need for creating a supportive institutional set-up at the state load despatch centre level for long-term sustainability.

CERC staff papers: In November 2016, the CERC published a staff paper, “National Open Access Registry – Technology Solution to Short Term Open Access Process”. The paper analyses the procedural issues in availing of open access and provides a solution in the form of an electronic registry that will act as a repository of approvals and transactions, and help increase transparency and efficiency. In January 2017, it published another staff paper, “Introduction of Electricity Storage System in India”. This paper covers the probable grid-level applications of electricity storage systems, an operational framework and the recovery of electricity storage services.

In sum, several defining policy and regulatory measures were implemented during the past year based on the emerging sector needs. 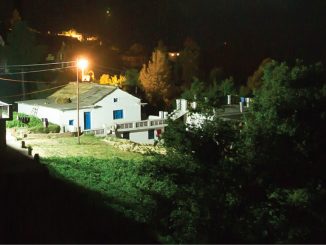 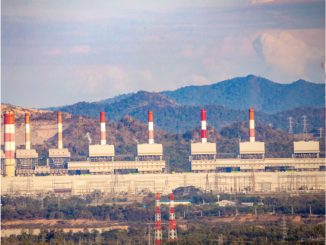