NHPC Limited, the largest hydropower developer in the country, has played a pivotal role in the sector for decades, adding about 7,000 MW in the past 45 years. It is now gearing up to double its capacity in the next five years. In an interview with Power Line, Abhay Kumar Singh, chairman and managing director, NHPC Limited, talks about the sector’s achievements, the changing role of hydropower, and the company’s plans and outlook…

In my humble opinion, providing universal household electricity throughout this vast and populous country has been the most noteworthy achievement. It is one of the greatest achievements in the history of the energy sector, and what is more praiseworthy is the fact that most of it has been achieved in the last five years or so.

Providing electricity to every household, to each and every person has been a game changer. It is one of the critical components for the socio-economic growth and overall development of any country. It has a cascading effect on the quality of human life, leading to improvements in education, increased productivity and economic well-being, particularly in rural regions that historically have not had reliable access to electricity. Today, India is ranked 22nd in the World Bank’s Ease of Doing Business – “Getting Electricity” ranking, against 137th in 2014.

How has the role of hydropower changed in the past 25 years? What role can it play in India’s energy transition in the next 25 years?

The Indian power sector has undergone a significant change, from once being dominated by thermal and hydro to now having pretty diversified sources. Our country has taken a huge leap in renewable sources, especially solar, and the capacity mix is getting redefined. However, hydro has not been able to keep up with the pace and its share has gone down significantly, from around 25 per cent to 12 per cent. Still, with its inherent capabilities to quickly ramp up or swiftly shut off generation, it is a critical source in the power mix. The government has recognised this fact and the sector is getting a lot of traction among policymakers, which bodes well for the future.

The sustained economic growth that we have witnessed in the past 20 years or so has driven the electricity demand in India, and it will continue to do so. The Government of India’s focus on attaining “Power for All” has accelerated capacity addition, providing huge opportunities for all to grow. As I said, we have seen massive capacity addition in renewables. However, given their intermittent nature, we need to plan for this aspect so that the stability of the grid is not compromised. Here, the role of hydro will be extremely important, as was clea­r­ly de­monstrated during the “9 P.M. 9 Mi­nu­tes” event. Therefore, I am sure that hydro will continue to be an important and cri­­tical resource. At the same time, the co­­mpetitive intensity is in­creasing at both the market and supply sides, and the hydro sector must impro­ve the execution of projects to avail of the opportunities.

“Providing electricity to every household, to each and every person has been a game changer.”

Hydropower projects are huge infrastr­ucture projects, requiring complex pro­cess management. There are a number of stakeholders, and it is essential that all of them remain on the same page to se­amlessly execute a project. However, this is rarely the case. As you are aware, wa­ter is a state subject. Therefore, for the success of a hydro project, the cooperation and support of the state government is critical. The clearance processes for hy­dro projects are cumbersome, to say the least. It would be great if we could develop a single-window mechanism for these projects.

See, if we remove the uncertainties, hy­dro­power projects can be completed within the scheduled timeline. But this is easier said than done. Geological un­cer­tai­nties can badly plague the prog­ress of works at a site. Thus, technologies such as seismic tomography for ascertaining the subsurface strata are incre­asingly pla­y­ing key roles in hydro­power development. Tunnel boring ma­chines are being ex­tensively used in tunnelling works altho­ugh I am not a great fan of them, especially in the young Hima­layan geology.

What will be the biggest challenge for the power sector over the next 25 years? What is the way forward?

The financial health of the discoms is go­ing to be the main concern for the se­ctor. Discoms are probably the most cri­tical and the weakest link in the value chain, and without a flourishing distribution network all efforts would go down the drain. The long-term financial viability will depend on the discoms’ ability to lower aggregate technical and commercial losses, raise tariffs and limit op­erational costs. Moreover, our focus sh­o­u­ld be on improving overall management of the power sector through steps such as reducing power theft, checking leakages, penalising big defaulters and improving metering and energy efficiency. It is important to stem the trend of ta­riff cuts in order to ensure that power sector reforms are not derailed.

“With its inherent capabilities to quickly ramp up or swiftly shut off generation, hydro is a critical source in the power mix.”

What have been NHPC’s biggest achievements in the past few years?

In the past 10 years or so, we have com­mi­ssioned eight hydro projects with a total installed capacity of 1,702 MW. Th­e­­se projects have been commission­ed bra­ving climatic and logistical odds. Our employees have worked in subzero temperatures at some of these projects such as Chutak, Nimmo Bazgo and Ki­sh­an­­ganga. We commissioned the 330 MW Kishanganga project in 2018 des­pite huge logistical challenges and ad­verse local situation. Thus, our big­gest achie­vement has been overcoming very difficult challe­nges and relentlessly pursuing our goals.

What is the status of NHPC’s upcoming projects?

As of now, nine projects with a total installed capacity of 5,999 MW are at the construction stage. These include the 2,000 MW Subansiri Lower hydro­elec­tric project and the 800 MW Parbati II hy­droelectric project, which are at ad­va­n­ced stages. The Subansiri Lower project was at a standstill for around eight years until works resumed in 2019. However, after the restart, we have maintained good progress there despite the Covid challenges. Two units shall be commissioned by August 2022 and the remaining by August 2023. Similarly, the much delayed 800 MW Parbati II is in its final stages, and we will be completing the project by March 2023.

What are your top priorities for NHPC in the coming years? What are some of the new op­por­tunities that the company is pursuing?

We have developed a capacity of around 7,000 MW in the last 45 years, and we are on our way to doubling it in the next five years. This remains our top priority. Fur­ther, being the flagbearer of hydropower development in the country, the onus is on us to lead hydropower development and we are ready for it. In the coming years, you will see a greater emphasis on harnessing the untapped hydro potential in Arunachal Pradesh and the Union Territory of Jammu & Kashmir. We have already signed an MoU for the development of five new projects with a total ins­talled capacity of 4,924 MW in Jam­mu & Kashmir. Further, discussions are at ad­van­ced stages for new projects in Aruna­chal Pradesh. Besides this, a lot of em­pha­sis is being laid on the development of renewable energy. Solar power projects with capacities of around 5,000 MW are especially under consideration, and some of them are already at the tendering stages. So this decade is going to be the most exciting period for the orga­nisation, and we will see huge capacity addition from NHPC. 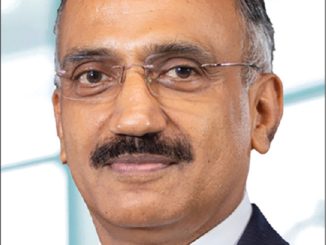 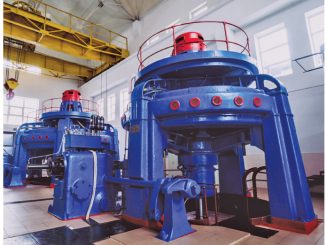 Lending a Balance
Key role of hydropower in load management

December 7, 2017
Over the years, there has been a significant improvement in the load balancing and peak load management [...]
More