Pumped storage hydropower is one of the most developed and reliable energy storage technologies globally. With an increase in the country’s intermittent renewable energy capacity, pumped storage plants (PSPs) have assumed further importance as they enable energy storage through their large reservoirs. These plants help in load balancing by pumping water to the upper reservoir during times of surplus power in the grid and running in generating mode during times of deficit power. Apart from offering critical ancillary grid services such as voltage support and grid stability, they help in improving the capacity utilisation of thermal, solar and wind stations.

Currently, the country has nine PSPs with a total installed capacity of 4,786 MW, which is almost 11 per cent of the cumulative installed hydropower capacity. The first PSP was the 706 MW Nagarjuna plant, which was commissioned during the period 1980-85. It is, however, currently not operating in pumping mode since the tail pool dam is not functional. Of the nine projects, only five plants (the 400 MW Kadamparai, 150 MW Bhira, 900 MW Srisailam left bank power house, 250 MW Ghatgar and 900 MW Purulia) with an aggregate capacity of 2,600 MW are working in pumping mode. The 240 MW Kadana Stage I and Stage II plant in Gujarat is facing vibration issues, while the 40 MW Panchet Hill PSP has been facing land acquisition concerns in the lower reservoir. It is a similar case with the 1,200 MW Sardar Sarovar project in Gujarat, where the tail pool dam is under construction and is likely to be completed by October 2018.

The Central Electricity Authority (CEA) has identified a potential of 96,524 MW across 63 sites for pumped-hydro schemes on main rivers and their tributaries. As per the estimation, the western region (WR) has the highest potential (about 41 per cent of the total) for the development of PSPs, with Maharashtra alone having a probable installed capacity of 27,094 MW. The southern and north-eastern regions, with a potential of 17,750 MW and 16,900 MW respectively, hold enormous opportunities for hydropower development. Meanwhile, the PSP potential of the northern region stands at 13,065 MW and that of the eastern region at 9,125 MW. Two PSPs aggregating 1,080 MW are under construction – in Tehri, Uttarkhand (1,000 MW) and Koyna Left Bank, Maharashtra (80 MW). Both these projects are expected to be commissioned by 2019. Several other PSPs, aggregating over 9,430 MW, are at pre-development stages. 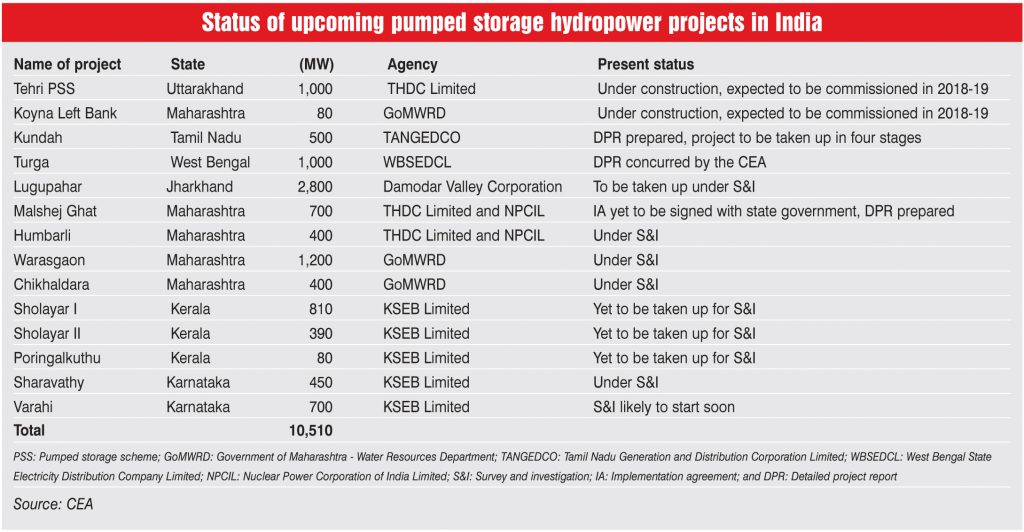 Certain regulatory challenges such as the lack of a separate peak pricing regulation have hampered the development of PSPs in the past. Since these projects use energy for pumping operation, the pricing of the energy produced by PSPs during peak hours needs to be justified on commercial principles. The regulatory framework for PSPs needs to take into account the benefits of energy storage, grid balancing and voltage support provided by these projects. 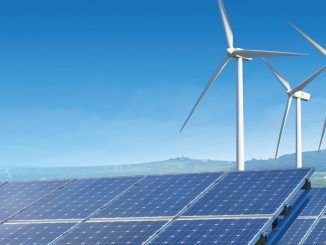 Renewables Boost
Telangana aims for 5 GW of capacity by 2019

August 2017
India is proactively working towards achieving the ambitious 175 GW by 2022 renewable energy target, which is [...]
More