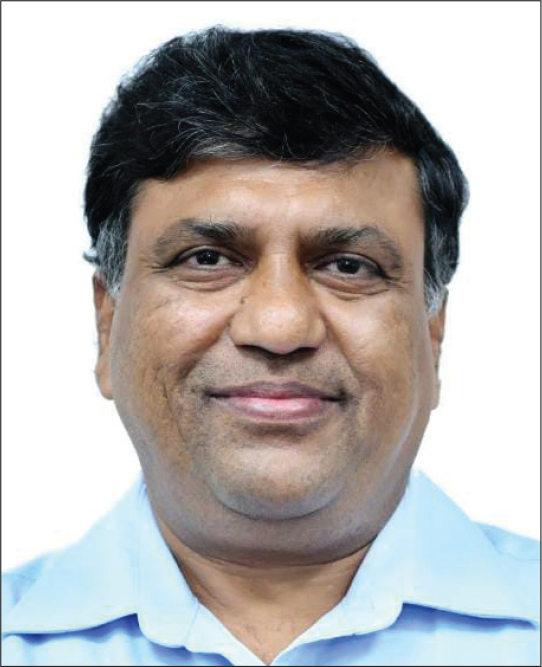 In view of the large renewable energy capacity addition planned for the next few years, pumped storage hydropower projects are expected to play a vital role in providing balancing power. THDC India Limited (THDCIL), which has an existing hydropower capacity of about 1.42 GW, is developing the country’s largest and the first variable speed pumped storage project (PSP) at Tehri in Uttarakhand and is also looking to foray into new areas such as floating solar and hydrogen in the coming years. In an interview with Power Line, R.K. Vishnoi, chairman and managing director, TDHCIL, spo­ke about hydro­power’s significance, challenges in project development and the way forward…

The power sector has come a long way in the past 25 years. The enactment of the Electricity Act, 2003 and its subsequent modifications have brought a paradigm shift in the functioning of the sector. Delicensing of generation, formation of the central transmission utility and the introduction of several reforms in the distribution and supply of electricity are key steps that have transformed this sector completely. India, once a power-deficit country, has surplus generation today, with a capacity mix of various cheaper renewable sources. A region-wise segregated yet integrated transmission system and economic operation of the power system has improved the quality of power to consumers as well as maintained a robust grid.

During the past five years, the energy exchanges have completely changed power transactions and have brought the cheapest power to the doorstep of end-consumers. The enactment of the National Electricity Policy will further ease the dealings in the sector. The distribution sector has now become more consumer-centric.

With the aim of promoting renewable energy and providing round-the-clock (RTC) power to discoms from renewable energy sources, the RTC power guidelines provide that renewable energy can be complemented with power, which may be used from any fuel sources. Guidelines have also been issued by the government to all states to convert all existing meters into smart meters in the prepaid mode. This would allow consumers to pay as per their own financial convenience and electricity consumption requirement. Also, this will address the issue of implementation of time-of-day tariffs.

“The role of PSPs assumes paramount importance as it is a mature clean energy storage technique.”

How has the role of hydropower changed in the past 25 years?

Concerns of high carbon emissions and rising global temperature, besides limited availability of fossil fuel resources, have shifted global attention towards renewable energy from conventional fossil fuel generation. Hydropower, being a clean and green resource, has played a key role in meeting global energy demand. Further, the rampant growth of intermittent and unpredictable wind and solar resources has also necessitated large-scale hydro projects in the portfolio to meet the grid balancing requirement. The hydro sector has emerged as a necessary component of the power grid for various ancillary services such as voltage/frequ­ency regulation, inertia support, bla­ck­start and reactive power support.

What will be the role of pumped storage plants in India’s energy transition in the next 25 years?

The energy sector globally is envisioned to be transformed by new and renewable technologies such as wind, solar, floating solar and hydrogen energy by 2050. Also, the concept of “net zero” has crept in and the world is moving very fast towards achieving it. India itself has put forth an ambitious renewable energy capacity addition target of 450 GW by 2030 from wind and solar resources. These energy sources are very unpredictable, intermittent and abundantly available at low demand hours. Hence, energy from the­se sources needs to be stored when it is available, to be used later, at times of pe­ak demand. This is where the role of PSPs assumes paramount importance as it is an established and mature clean en­er­gy storage technique. PSPs can also pro­vide grid balancing, peak shaving, peak shifting, etc., which are essentially required to manage grid security and stability, in view of high penetration of variable renewable energy.

What are some of the steps required to expedite the development of hydropower projects in the country?

The development of hydro projects has been marred by various factors such as geological surprises, resettlement and rehabilitation issues, multiple clearan­ces, financing issues, land acquisition, environmental and forest issues, lack of proper support of local administration, lack of adequate infrastructure such as roads and bridges and reluctance of discoms to sign power purchase agreements for hydropower, etc. Facili­ta­tion by state governments for faster land ac­quisition and a supportive admi­nis­trative ecosystem, an adequate dispute resolution mechani­sm, the creation of a revolving hydro en­ergy fund, waiver of interstate transmission system charges, reduction of goods and services tax (GST), single-win­dow clearance from the Ministry of Environ­ment, Fore­st and Climate Change, funding support, an institutional mechanism to deal with geological surprises, simplified and fast clearances, and providing differential pricing to peak and off-peak po­wer are some of the initiatives required for faster development of the hydro sector. Some of these issues have already be­en taken care of in the new hydro policy.

“THDCIL looks forward to commissioning the country’s first variable speed pumped storage project at Tehri by the end of 2022.”

What will be the biggest challenge for the power sector over the next 25 years? What is the way forward?

The power sector at this juncture is very agile and dynamic. The world is looking for alternative energy sources, that are clean and, therefore, dependence on conventional thermal resources is being gradually reduced. We are in the process of exploiting wind and solar power reso­urces to the maximum. Now, tapping of hydrogen energy and hydrokinetic en­er­gy, and the cost reduction of key storage technologies are immediate ques­tions. The new technology brings a new set of challenges in terms of technical and co­m­­mercial viability from a country’s perspective as well as its integration into the existing grid and various operational challenges. So, meticulous evaluation of new technologies and hand-holding in the initial years to make them sustainable shall be some of the ways out.

Speedy recovery and fast growth of the electricity market post-Covid has alerted policymakers to ensure “resource adequacy” to address emergent situations. The Indian electricity market is currently going through a major transformati­on. The accelerated growth of capacity addition over the past few years has led to a situation wherein the generation potential is greater than the economic demand, a scenario never witnessed before in the history of the Indian power sector. We have also been witnessing ch­anges in the energy mix due to a policy focus on climate change, energy security concerns, etc., due to which the pen­e­tra­­tion of renewable energy, especially wind and solar, is projected to grow fas­ter in the coming years.

We note that an assessment of the electricity demand till 2030 will depend on a number of factors, primarily economic growth, energy efficiency (including th­rou­gh reduced transmission and distribution losses), household connectivity and electrification of the transport sector.

What is the status of THDCIL’s key upcoming projects?

THDCIL looks forward to commissioning the country’s first “variable speed” pum­p­ed storage project at Tehri by the end of 2022. Civil works of this project are on the verge of completion and elec­tromechanical works are going on a war footing. We expect to connect the units of the project to the grid by next year. Further, the 1,320 MW super thermal power project (STPP) at Khurja is also moving at a fast pace and scheduled to be commissioned by early 2024. THDCIL has also embarked on the jo­urney of new technologies such as car­bon capture and hydrogen storage. Demons­tra­tion plants are being established to understand the nuances of these technologies.

What are your top priorities for THDCIL in the coming years? What are some of the new opportunities that the company is pursuing?

Our top priorities are getting our two pre­stigious projects – the Tehri PSP and Khurja STPP – commissioned on time. We look forward to foraying into new sectors such as floating solar PV and hydrogen storage. The floating solar sector, being free from resettlement and rehabilitation hassles and regulatory framewo­rks, is very promising. We also look ah­e­ad to utilising our long experience in the hy­dro sector to accomplish new hyd­ro projects, including small-hydro projects.

December 5, 2017
Pumped storage hydropower is one of the most developed and reliable energy storage technologies globally. With an [...]
More 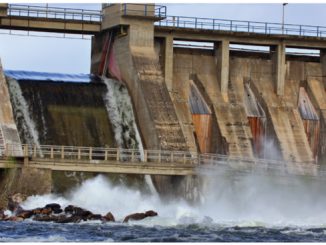 December 8, 2017
Around 73 per cent of the country’s hydropower potential aggregating 148 GW is concentrated in five states [...]
More 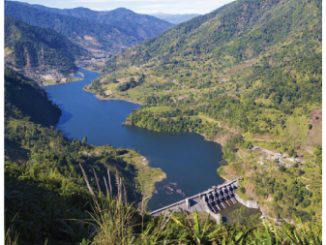 Beyond Borders
India forges hydro ties with Bhutan and Nepal

December 7, 2017
With constantly evolving energy needs and increasing environment consciousness, the focus is shifting away from coal-based generation [...]
More