Policy think tank NITI Aayog, or the National Institution for Transforming India, is bringing about a paradigm shift in the government’s planning approach for the country. Formed in 2015 to replace the erstwhile Planning Commission, NITI Aayog is working to substitute the five-year plans adopted since Independence with a 15-year vision, seven-year strategy and three-year action agenda. In line with this, on August 1, 2017, it published the three-year action agenda for the period 2017-18 to 2019-20, following widespread consultations on its draft version released earlier on April 23, 2017. The vision and strategy document is currently under preparation.

The Twelfth Five Year Plan, therefore, was the last of the five-year plans under the previously followed method. The idea behind the new process is to rethink the tools and approaches for conceptualising the development process in an increasingly open and liberalised economy. The advantages of such a system are greater accountability of the incumbent government for its actions on the plan and a greater focus on short-term goals, with flexibility to change them from time to time in a dynamic environment, keeping in mind the long-term policy objectives under the seven-year strategy paper and 15-year vision document.

Focusing on the energy sector, in June 2017, NITI Aayog released the draft version of the National Energy Policy (NEP), which will replace the Integrated Energy Policy prepared by the Planning Commission. The policy focuses on two horizons: short term (up to 2022) and medium term (up to 2040). The NEP proposes early actions to achieve the government’s targets in the energy sector for 2022 as well as India’s intended nationally determined contributions (INDCs) committed for 2030 as a signatory to the United Nations Framework Convention on Climate Change (UNFCCC). It proposes actions to meet the four main policy objectives – access at affordable prices, improved security and independence, greater sustainability and economic growth (see box). 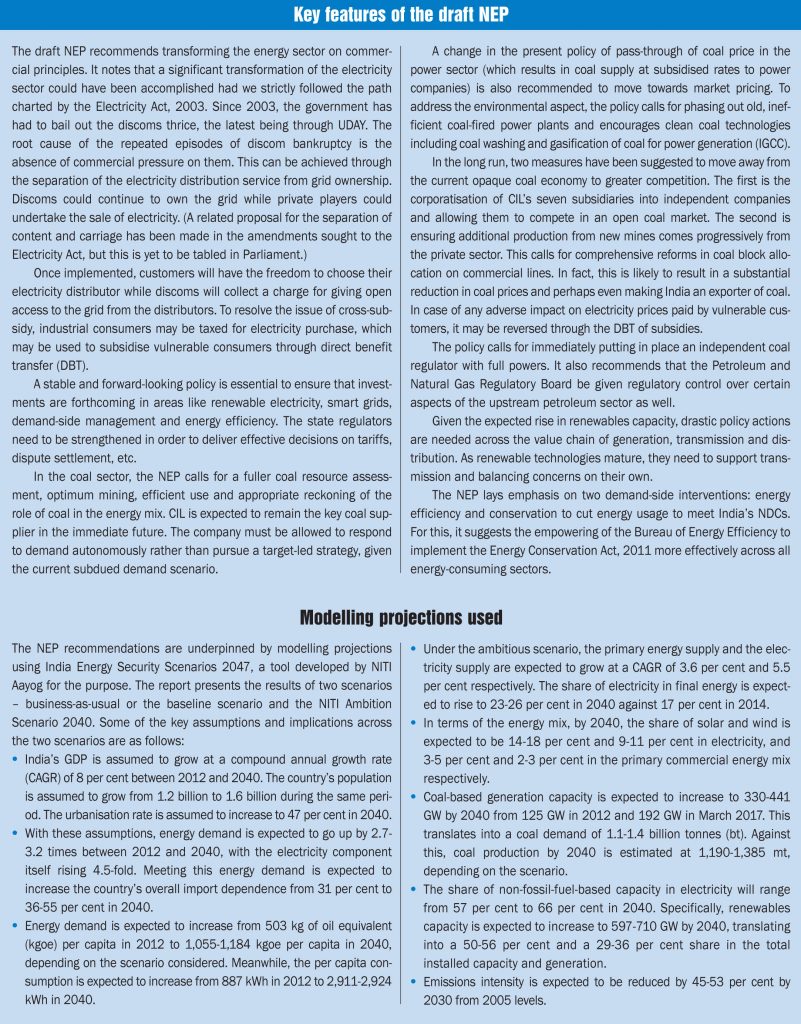 Despite the shift in the planning approach, the broad targets and action plans remain the same for the power sector. The timely execution of these plans will be key for the development of the sector. 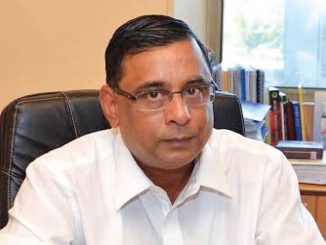