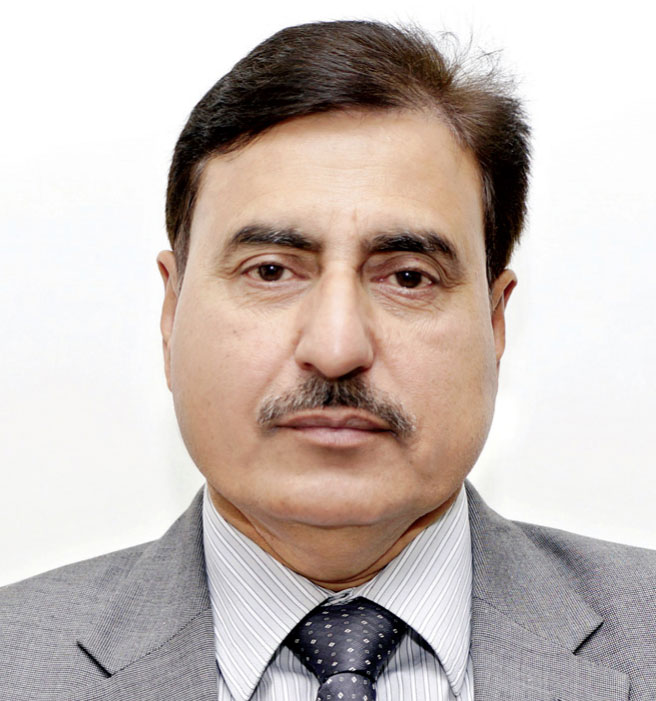 THDC India Limited (THDCIL), a joint venture of the central government and the Uttar Pradesh government, has evolved significantly over the years. The company, which was formed with a mandate to develop and operate the Tehri hydropower complex in Uttarakhand, has now diversified into the renewable and thermal power sectors. The company has ambitious plans to nearly treble its installed capacity from 1,513 MW at present to 4,551 MW by 2023. In an interview with Power Line, D.V. Singh, chairman and managing director, THDCIL, talks about the company’s achievements, challenges and future plans.

What are some of THDCIL’s major achievements?

Since its inception in July 1988, THDCIL has grown into a multi-project organisation, with projects spread across various states in the country as well as in Bhutan.

The 1,000 MW Tehri power station (involving the construction of the 260.5 metre high Tehri dam, the fourth highest earth and rockfill dam in the world), was commissioned by THDCIL in 2006-07. The Tehri project is a multi-purpose project providing clean electricity to the northern region, stability to the grid, irrigation benefits to 874,000 hectares of land in Uttar Pradesh, and 300 cusecs of drinking water supply to Delhi and 200 cusecs to Uttar Pradesh. Due to regulated releases from the Tehri storage reservoir, existing downstream hydro projects also benefit through augmentation of their generation at no additional cost. Another hydro project, the 400 MW Koteshwar hydroelectric project (HEP), downstream of Tehri, was commissioned by THDCIL in 2011-12.

In December 2010, THDCIL diversified into thermal power, with the allotment of the 1,320 MW Khurja super thermal power plant (STPP) in Bulandshahr, Uttar Pradesh. Further, in line with the country’s commitment to renewable energy development, THDCIL has also diversified into wind and solar power generation. It commissioned a 50 MW wind project at Patan (in June 2016) and a 63 MW wind project at Devbhoomi Dwarka (in March 2017) in Gujarat.

Under the Indo-Bhutan cooperation initiative, THDCIL updated the detailed project report (DPR) of the 2,585 MW Sankosh HEP in Bhutan as a consultancy assignment and is involved in the implementation of the 180 MW Bunakha HEP as a joint venture project.

Among the company’s other achievements, THDCIL played a key role in grid restoration after the failures that occurred on July 30 and July 31, 2012. Also, the company’s HEPs helped in controlling floods in Uttarakhand following a cloudburst in the Bhagirathi and the Bhilangana valley in June 2013, with the discharge of the Bhagirathi river being absorbed in the Tehri reservoir. This helped avert flood damage in Rishikesh, Haridwar and the northern parts of the Gangetic plain.

What are the key issues and challenges faced by the company?

The development of hydro projects is always accompanied by numerous challenges. THDCIL too has faced issues in the implementation of its HEPs. For years after the government approved the implementation of the first stage of the Tehri project in 1994, the commissioning of the project had seemed like a mirage. The main task before the company was to address concerns relating to dam safety, environmental impact, and resettlement and rehabilitation (R&R). Amidst protests by groups opposing the dam, the government constituted two expert committees in 1996, one on dam safety and the other on R&R and environmental aspects.. The expert group on safety unanimously concluded that the design of the dam is expected to withstand the maximum credible earthquake during its entire lifespan. The Hanumantha Rao Committee made wide-ranging recommendations relating to the R&R package as well as environmental measures. The apex court recognised the measures taken by the government and THDCIL, and gave its green signal to the Tehri project.

Another major challenge faced by THDCIL was the flooding of the Koteshwar powerhouse while project construction activities were at the final stages on September 21, 2010. There was no major damage to the civil structures and hydro mechanical equipment, but the electro-mechanical works were severely affected. The restoration works at Koteshwar were taken up on a war footing and the powerhouse was dewatered on October 16, 2010. The project was affected by yet another geological surprise on December 17, 2010 when the only diversion tunnel got blocked due to a sudden geological subsidence. In spite of these setbacks efforts were made by all stakeholders to commission two units of the HEP in March 2011, well ahead of the revised commissioning schedule envisaged after the flooding event. The remaining two units and the project as a whole were commissioned in March 2012.

How do you see the future of hydropower in India?

India’s economically exploitable and viable hydroelectric potential is estimated to be 148,701 MW. In addition, several sites for pumped storage schemes, aggregating an installed capacity of about 94,000 MW, have been identified. Of this, only about 45,000 MW has been tapped so far. In light of the various constraints involved in the development of hydropower, the central government is introducing several reform measures to increase the pace of development. In addition, it is involved in the development of hydropower in neighbouring countries like Bhutan and Nepal. With the development of HEPs, which are typically located in difficult terrain, the local population too gets the benefits of development. Also, there is global pressure to reduce the carbon footprint. As hydropower is a clean and green source of electricity, in my opinion, the future of hydropower is bright in India.

What are the projects currently under implementation?

At present, THDCIL is implementing the 1,000 MW Tehri pumped storage plant (PSP), which will utilise the Tehri and Koteshwar reservoirs as the upper and lower reservoirs respectively. In addition, THDCIL is implementing the 444 MW Vishnugad Pipalkoti HEP on the river Alaknanda in Uttarakhand and the 24 MW Dhukwan small hydro project on the river Betwa in Uttar Pradesh. All three hydro projects are at advanced stages of construction and are expected to be commissioned in the next two to three years. Several other hydro projects are at various stages of survey, investigation and DPR preparation.

The 1,320 MW Khurja STPP is also under implementation and pre-construction activities are at an advanced stage. To meet the coal demand of this project, the Amelia coal block (total extractable reserves of 287.96 million tonnes) was allotted to THDCIL in August 2016. Land acquisition activities for the coal mine and other infrastructural work have already commenced.

THDCIL has also signed an MoU with the Solar Energy Corporation of India (SECI) for setting up grid-connected solar power projects of up to 250 MW. Subsequently, the company has signed a tripartite agreement with SECI and Kerala State Electricity Board Limited for the development of a 50 MW solar project at Kasaragod in Kerala.

How has the company’s financial performance been and are there any fundraising plans to meet capital costs?

THDCIL has been a profit-making and dividend-paying central public sector enterprise (CPSE) since 2006-07, the first year of commercial operation of its maiden project, the Tehri HEP (1,000 MW). The company has a strong financial base. As per government guidelines, funding of hydropower projects is done in a debt-equity ratio of 70:30. Being a Mini Ratna Category I CPSE, THDCIL will be able to infuse an equity component into its future projects from its internal resources. For the debt portion, THDCIL’s endeavour has always been to obtain the cheapest loan from reputed international and national banks, so that its beneficiaries can get power at competitive rates. For instance, the debt portion of the Vishnugad Pipalkoti HEP has been tied up with the World Bank at very nominal interest rates and funding of the foreign component of the Tehri PSP has been tied up with Société Générale, France.

What are the company’s plans for the next five years?

THDCIL’s vision is to be a world-class energy entity with commitment to environmental and social values. The company has a diverse power portfolio comprising hydro, thermal, wind and solar power projects. Considering the status of projects under implementation and those that are likely to be taken up, THDCIL envisages adding 1,668 MW during 2017-22. Its installed capacity is expected to reach 3,181 MW by 2022 and further to 4,551 MW by 2023.

April 2017
Despite having significant potential, hydropower development in India has been rather slow. Against an estimated potential of [...]
More

Record Additions
Share of renewables surpasses that of hydropower

April 2017
Renewable energy has experienced tremendous growth in the past one year, with its cumulative installed capacity surpassing [...]
More