The Ministry of Power’s (MoP) ambitious ultra mega power project (UMPP) programme is in the doldrums. Launched in 2005, the programme envisaged the setting up of large coal-based power plants of about 4,000 MW each based on supercritical technology. However, more than 10 years have elapsed, and there are just two UMPPs – Reliance Power’s Sasan and Tata Power’s Mundra – that are currently operational. Of these, the Mundra UMPP is facing severe financial viability issues. Meanwhile, the Tilaiya (Jharkhand) and Krishnapatnam (Andhra Pradesh) UMPPs, which had been awarded to Reliance Power between 2007 and 2009, have been stuck after the company pulled out of the projects.

Further, in January 2015, the bidding process for the Bedabahal (Odisha) and Cheyyur (Tamil Nadu) UMPPs failed after all the private developers backed out, citing concerns over the design, build, finance, operate and transfer model of project development.

Now, in a bid to revive the UMPP programme, the MoP has notified draft standard bidding documents (SBDs) and guidelines for UMPPs based on the allocated coal linkage. A key feature of the draft guidelines is reverting to the old build, own and operate (BOO) model of project development. In addition, the onus of securing coal linkage for the UMPP will lie with the power procurers (discoms). Provisions have also been added regarding alternative coal supply arrangements in case of a shortage.

Key features of the draft guidelines

The draft guidelines, issued under the provisions of Section 63 of the Electricity Act, 2003, provide a contractual framework for the procurement of power by discoms for a period of 25 years from the developers who construct the UMPPs on a BOO basis. The guidelines propose the incorporation of two special purpose vehicles (SPVs), an operating SPV and an infrastructure SPV, by the nodal agency. The procurers are required to secure a coal linkage in the name of the operating SPV prior to the issuance of the request for qualification. The operating SPV would be transferred to the successful bidder after completion of the competitive bidding process. The draft guidelines state, “For fuel arrangement, the procurers  are required to obtain a letter  of  assurance from  the  coal  supplier  for  the  supply  of  coal  on  a linkage  basis  for  the  entire  duration  of  the  PPA,  for  being  used  and utilised exclusively for the purposes of the project.”

The draft guidelines also have a clause relating to the renewable generation obligation (RGO), a provision introduced in the Tariff Policy, 2016, as per which new coal/lignite-based projects will be required to establish renewable energy projects or procure renewable energy. The draft guidelines require the procurers to inform the bidders about the applicability of or exemption from RGO compliance after consultation with the MoP.

Another notable provision in the draft power purchase agreement (PPA) is the inclusion of a clause relating to coal supply from alternative sources in case of a shortfall from the associated linkage due to a coal supplier default or a force majeure event. The developer is required to notify the procurers regarding the coal shortage within seven days of the date of shortage and find an alternative coal source within the next 30 days. The procurers are required to provide their consent for the alternative coal supply arrangement within 15 days from the date of intimation. In case the procurers reject the alternative fuel supply arrangement or fail to revert within the stipulated time frame, it will be the responsibility of the procurers to identify and arrange for a coal source within 45 days of the date of rejection, or pay force majeure costs (in case coal supply is affected due to a force majeure event).

On the other hand, if the procurers are unable to arrange for an alternative source of coal, the developer will be given the benefit of deemed availability and will be paid the fixed charge by the procurers for its allocated contracted capacity based on normative availability for  a  maximum  period  of  one year, following which the PPA will automatically get terminated.

The MoP has drawn up the new guidelines after extensive consultations with stakeholders and experts, and have taken into account the issues faced by thermal power projects in the past. The guidelines are yet to be finalised and the MoP has extended the date for furnishing comments on the draft twice, the last one being January 8, 2018. Once finalised, the guidelines are expected to give a push to the UMPP programme and improve the thermal power position in the country.

December 3, 2021
In a move that spells bad news for the power sector, the Punjab government has issued a [...]
More 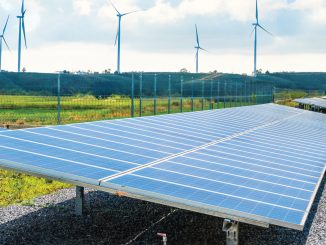