In November 2017, state-owned Power Finance Corporation (PFC) raised $400 million through its maiden green bond issue. The company listed its 10-year Reg S Green Bond on the London Stock Exchange’s (LSE) International Securities Market (ISM) and is listing it on the Singapore Stock Exchange (SGX). The funds will be used to promote renewable energy in the country and support the government in achieving its target of 175 GW of renewable energy by 2022. “The bond issuance allows PFC to access a new offshore investor base and also diversify its funding sources,” noted Rajeev Sharma, chairman and managing director, PFC, during the listing of its first international bond on the LSE.

PFC’s 10-year Reg S Green Bond has been priced at a fixed coupon rate of 3.75 per cent. In fact, PFC claims that the pricing of the bond witnessed the tightest ever spread of 157.5 basis points over the 10-year US treasury by any Indian issuer for its inaugural 10-year transaction. Earlier, Fitch Ratings assigned the PFC issue a rating of BBB-, implying a stable outlook. The bond is Climate Bond Initiative-certified, giving prospective investors the confidence that the funds are being used to deliver climate change solutions. As a result, diverse investors from across Asia and Europe participated in the PFC issue.

PFC has been a leading power sector funding agency with a strong presence across the entire value chain. It has been aiding the government’s environment commitments and energy security policy by supporting renewable energy and sustainable energy-led expansion. Over the past three years, its loan disbursements to the renewable energy sector have grown five times. PFC has committed to providing financial assistance of Rs 150 billion during the period 2015-19. Of this, it has sanctioned Rs 99.54 billion and disbursed Rs 62.6 billion to renewable energy projects aggregating 2,880 MW as of March 31, 2017.

The funds raised through the recent bond issue will help PFC in providing debt (both new proposals and refinancing) to renewable energy and energy efficiency projects identified under its Green Bond Framework. This framework is based on the Green Bond Principles, a global set of guidelines for the issuance of green bonds.

The recent green bond issue is part of the company’s strategy to diversify its sources of funding. “Diversifying our funding sources remains a core component of PFC’s fund-raising strategy,” Sharma explains. “This bond offering is one of the many issuances to come. PFC will look to regularly tap the offshore markets to diversify its borrowing portfolio and support its loan growth going forward.”

Earlier, in July 2017, PFC added another funding source to its borrowing portfolio by issuing Capital Gain Bonds. The company obtained approval from the Ministry of Finance for issuing bonds under Section 54EC. The bonds were launched at a coupon of 5.25 per cent and the issuance is on tap throughout the year. As of end-November 2017, PFC raised over Rs 1 billion through these bonds. Separately, PFC also recently tapped the foreign currency syndicated loan market for $300 million.

Such innovative financial instruments are clearly the need of the hour, given the huge renewable energy targets and investments required. Green bonds are aimed at reducing the cost of capital, stimulating demand from institutional and retail investors, and expanding and diversifying the issuer and investor base.

Besides PFC, other public sector financing institutions like the Rural Electrification Corporation (REC) and the Indian Renewable Energy Development Agency (IREDA) also raised money through overseas green bond issues during 2017. REC’s 10-year green bonds were listed on LSE’s ISM and raised $450 million at an annual yield of 3.965 per cent in June 2017. Meanwhile, IREDA raised $300 million (Rs 19.5 billion) at 7.125 per cent through five-year green masala bonds listed on the LSE in September 2017 and on the SGX in October 2017. Other public sector companies like the Power Grid Corporation of India, the Solar Energy Corporation of India and Energy Efficiency Services Limited may also float green bonds in the near future.

Net, net, PFC’s recent green bond issue as well as similar issues by other power companies will facilitate the provision of low-cost finance to renewable energy projects and support the country’s transition to a low-carbon economy. 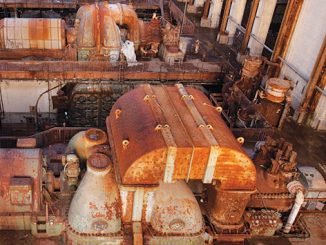 April 30, 2019
In a major relief to many ailing power companies, the Supreme Court has set aside the February [...]
More