The Economic Survey 2017-18, which was released as a precursor to the union budget, made some key observations about the power sector. Among other things, it highlights that the government has not only focused on providing reliable energy access to all through last-mile connectivity but has also ensured that the additions are from sustainable sources. “The share of renewables in the total installed capacity has been increasing over the years and its current share is around three times what it was in the year 2007,” the Survey stated.

The Survey does, however, take a cautious stand on the low tariffs discovered in the renewable energy auctions, which has led to demands for renegotiation of already signed power purchase agreements (PPAs) by states. “The renegotiation of PPAs is likely to face tough resistance from developers and may result in legal battles. This introduces uncertainty in the sector and banks, which are already facing the issue of non-performing assets (NPAs), may become apprehensive of lending,” it notes. A closer look at the highlights of the Economic Survey….

The Survey states that out of 181 million rural households in the country, 142 million (78 per cent) have been electrified. It, however, adds that there is considerable variation among the states, with states like Kerala, Tamil Nadu, Andhra Pradesh, Goa, Gujarat and Punjab having achieved 100 per cent electrification while Bihar, Jharkhand and Nagaland achieving less than 50 per cent electrification.

Citing the impact of renegotiation of tariff bids, the Survey quotes a CRISIL report as per which renegotiating of tariffs could result in risks for investments worth Rs 480 billion.

Auctions for wind-based power were first held by the Solar Energy Corporation of India in February 2017, which realised a tariff of Rs 3.46 per unit. This is much lower than the lowest feed-in tariff for wind at Rs 4.16 per unit. The second wind auctions were conducted in October 2017, in which tariffs again touched a historic low of Rs 2.64 per unit.

It states that one of the principal expectations from the government is the enforcement of PPAs. Further, while the states want to shorten the duration of PPAs, the Economic Survey states, “Making the term of future PPAs shorter may not be desirable as it would only increase the cost of capital without much gain.”

Meanwhile, a way forward to promote affordable financing for the renewable energy sector is the setting up of a payment guarantee fund or a foreign exchange fund for developers, the Survey adds. It does, however, state that with levellised tariffs approaching grid parity, there is a case for revisiting the subsidies and incentives being given to the renewable energy sector.

The Survey lauds the International Solar Alliance (ISA) as a trillion-dollar opportunity in solar. “The economy and industry, in turn, can benefit from the business opportunities available across 121 ISA member countries,” it notes.

While the Indian government has made a one-time provision of Rs 1 billion for the ISA fund corpus (and a recurring grant of Rs 150 million per annum), the French government has, as a founding member, offered Euro 300 million for funding projects in other ISA member countries. “The ISA will similarly persuade other countries to contribute to the cause of solar deployment globally,” the Survey notes. As part of its outreach, the ISA plans to administer global awards for solar research and development, applications and innovative financing. In this regard, the Haryana government’s decision to institute the “Kalpana Chawla Solar Award” for women solar scientists is noteworthy, the Survey states.

This year’s Economic Survey stresses on the actions being implemented to address climate change. The key initiatives that it highlights are the setting up of eight global technology watch groups as part of the mission on strategic knowledge, the formulation of action Plans on Climate Change by 32 states and union territories, the “Zero Effect, Zero Defect” scheme to enhance energy efficiency in medium and small industries, the National Mission for Clean Ganga, as well as the launch of the world’s first interoperable QR (quick response) code.

The Survey also highlights the role of developed countries in combating climate change. “The obligations of the provision of long-term climate finance under the multilateral climate regime have not been fulfilled in any meaningful way. To allay such uncertainties on funding, it is necessary for developed countries to be compliant with their commitments,” it notes. “Acting on their fair share of responsibilities, each nation would provide the pathway of low-carbon climate resilient development for the planet,” the Survey concludes. 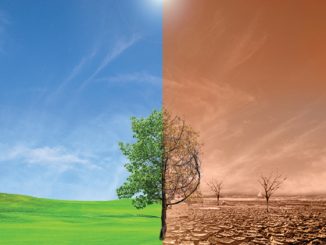 Confronting Climate Change
IPCC report sends out a serious warning, but also a message of hope 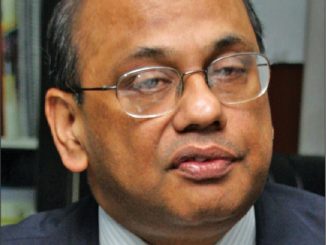 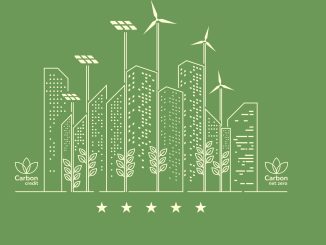