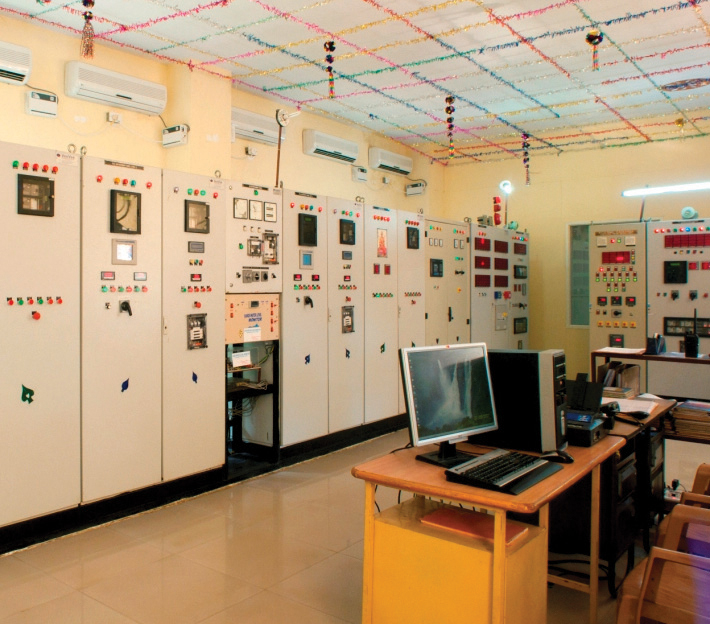 Small-hydro power (SHP) projects tap the energy in flowing water to generate power. The key advantage of SHP systems is their ability to gel with their immediate surroundings and ensure minimal environmental impact unlike large hydropower plants, which tend to have a greater impact on their surroundings. Despite its inherent advantages and a significant untapped potential, the growth of the SHP segment in India has been sluggish. Power Line takes a look at the key trends and performance of the SHP segment in terms of capacity addition…

There is a significant SHP potential in the country in terms of free-flowing water from streams, rivers, natural falls and irrigation canals. As per the SHP database of the Alternate Hydro Energy Centre at IIT Roorkee, there are around 7,133 potential sites with an aggregate capacity of 21,133.65 MW. However, the segment remains largely underdeveloped with an installed base of only 4,486 MW as of March 2018, following an addition of 106 MW in 2017-18, against a target of 100 MW. A capacity of 105 MW was added in 2016-17, against a target of 250 MW.

The country has an adequate small-hydro manufacturing capacity. According to Ministry of New and Renewable Energy (MNRE) data, there are about 28 SHP turbine equipment manufacturers (as of February 2018), fabricating almost the entire range and type of SHP equipment. The combined manufacturers’ capacity is estimated at about 400 MW per year.

Currently, SHP developers can avail of a central financial assistance (CFA) of Rs 10 million per MW, up to a maximum Rs 50 million, for a 0.1 MW to 25 MW project. (For the north-eastern states, Jammu & Kashmir, Himachal Pradesh and Uttarakhand, the subsidy amount is Rs 15 million to Rs 50 million per MW). The subsidy is released to the project developer/promoter only after commercial operation and performance testing. The key criterion is that the project should attain 80 per cent of the envisaged generation, as per the detailed project report, for a minimum period of three consecutive months.

The gestation period of a small-hydro project is five years and the MNRE provides a grace period of one year. The developer is required to apply for the CFA within six months of starting work or financial closure. In 2017, however, the MNRE had issued an advisory to SHP developers that non-submission of progress reports and information on the status of the project could debar the project from getting the CFA.

Globally, the installed SHP capacity was 78 GW (as of 2016), which was almost 36 per cent of the total potential of 217 GW. SHP represents approximately 1.9 per cent of the world’s total  power  capacity,  7  per  cent  of  the  total  renewable  energy capacity and 6.5 per cent (< 10 MW) of the total hydropower capacity (including pumped storage).

Largely due to the dominance of China in the SHP segment, Asia has the highest share of installed SHP capacity at 50,729 MW, constituting approximately 65 per cent of the total share.

There are a series of challenges that are impeding the growth of the SHP segment in the country. These 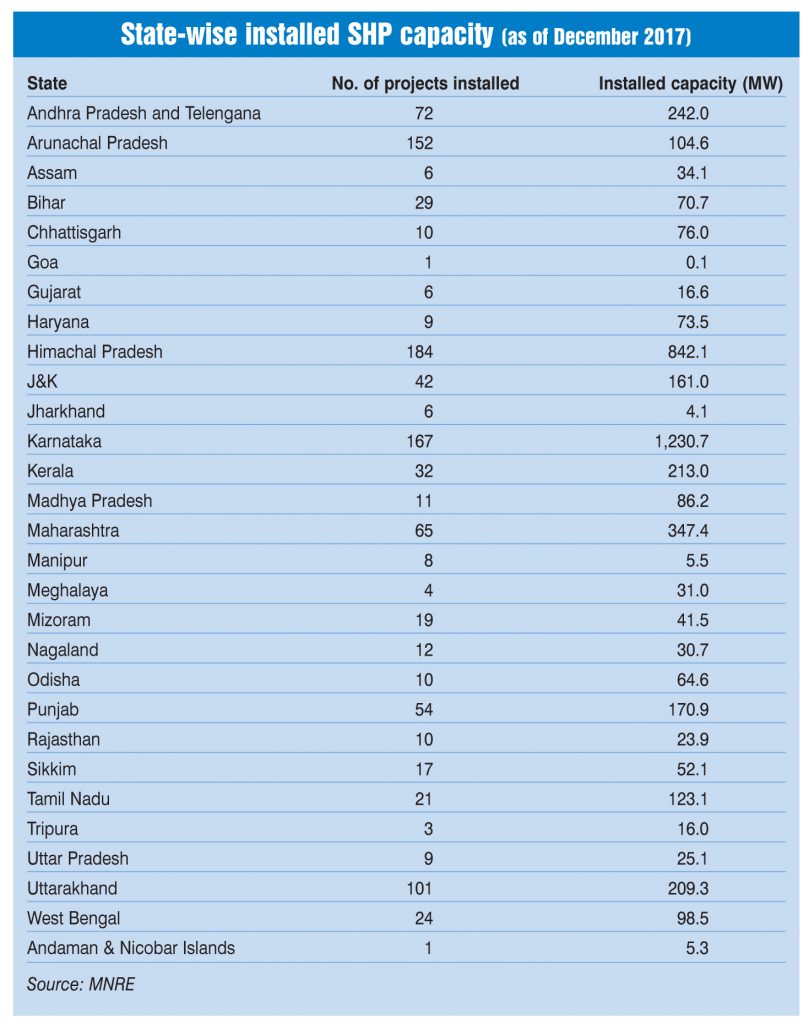 issues have remained more or less the same year after year due to the lack of proactive government intervention. It can also be argued that the segment has lost favour with the government, which has instead turned its attention to the solar and wind energy segments.

The private sector too is reluctant to invest in the SHP segment due to the large size of investments involved as well as the long delays in obtaining permits, low tariffs and modest returns. Moreover, seasonal variability and unpredictability of rainfall restrict power generation, thereby affecting revenues. Such issues undermine the viability of SHP projects for private investors.

The state governments and central agencies need to expedite and streamline the process of providing statutory clearances to projects. Another concern is grid availability. Lack of grid connectivity has often led to losses for developers, who are forced to curtail generation, leading to revenue losses and underutilisation of plants. Further, there are logistical difficulties in the transport of material and services. Project developers implementing SHP projects in difficult terrains often find it problematic to transport and store various types of materials needed for project implementation. 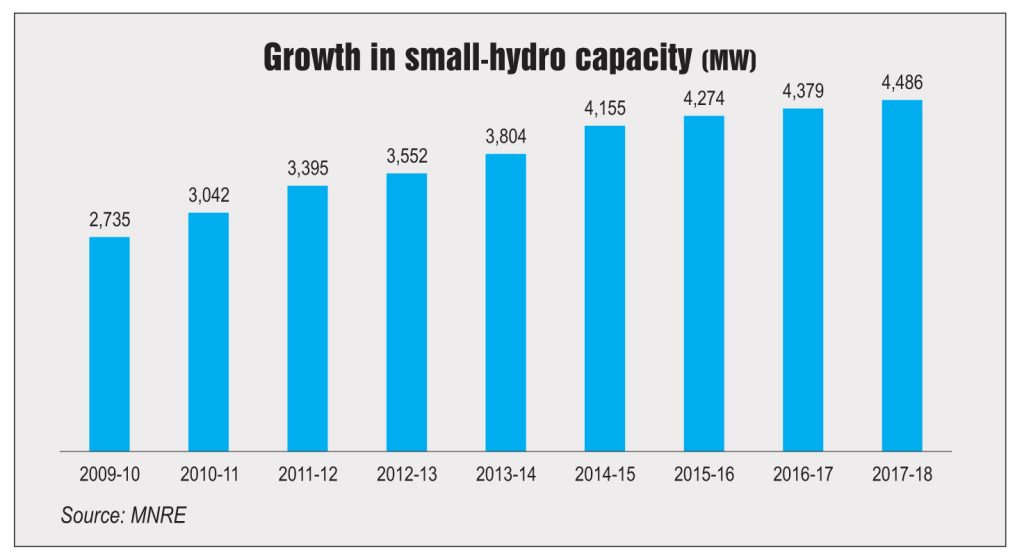 Future projections do not look too optimistic for the SHP segment, caught as it is between policy uncertainty and investor reluctance. Dwindling investor interest and lack of government attention indicate bleak times ahead for the small hydro segment. Under the government’s scaled-up renewable energy capacity target of 175 GW by 2022, the contribution of SHP is expected to be only 5 GW.

Net, net, while solar and wind no doubt make greater commercial sense, SHP has its own set of benefits that cannot be ignored. SHP projects offer large social and economic gains, which call for urgent government intervention to promote this segment.