Over the past few years, the techniques for the design, installation, surveying and testing of transmission towers have undergone significant changes. Owing to factors such as increasing urbanisation, limited space availability and the need to quickly scale up transmission infrastructure, developers are looking at towers that require minimum right-of-way (RoW) approvals, enable faster installation and provide cost benefits. To meet the industry’s requirements, tower manufacturers in India are offering towers with advanced design features. A look at the key trends in tower design, testing, installation and surveying techniques…

Tower design depends on several factors such as voltage, number of conductors, configuration of circuits, ground profile and RoW. Transmission towers in India are designed as per the Indian Standard IS:802. This standard was first published in 1967 and then revised in 1973, 1977 and 1995. Various software solutions such as PLS-tower, i-Tower and PLS-Pole are now being used by tower manufacturers for designing towers.

A tower should be robust enough to withstand extreme weather conditions such as strong winds and other natural phenomena such as seismic events. The recent tower failures and falling of towers due to thunderstorms in northern India, in May 2018, underscored the need for reliable and sturdy towers with robust foundations.

Lattice-type transmission towers are widely used by utilities as they are self-supporting, lightweight and easy to transport to inaccessible sites. Lattice guyed-V transmission towers are also installed as they are cost effective. However, lattice towers require a large area and are, therefore, not preferred in dense urban areas or narrow corridors.

Monopoles or sleek towers with tubular sections are installed in such cases. These towers consist of polygonal tubular sections with a tubular cross-arm arrangement for fixing tension and suspension clamps on it. The tubular structure can be in a single tubular form or an H-form. Monopoles require one-sixteenth of the space needed by lattice-type towers and, therefore, have less RoW requirements. They also offer the benefits of faster installation (as fewer components are required) and greater flexibility in design vis-à-vis lattice towers. Further, monopoles have a significant wind loading capacity and can withstand extreme weather conditions.

The testing of transmission towers is crucial to determine their reliability in adverse weather conditions, impact on public safety and compliance with various standards/regulations. Several tower manufacturers and accredited government labs have set up dedicated transmission tower testing facilities to conduct tests for commercial and research and development purposes. Some of the common testing techniques are full-scale prototype testing for towers and tower components while simulating various variables and conditions, real-time strain gage monitoring of member loads and reliability tests.

Given the need to accelerate transmission infrastructure development to integrate the upcoming renewable energy capacity, utilities are looking for techniques that facilitate the installation of towers. Some of the common tower installation techniques are the built-up method, the section method, the helicopter method and the ground assembly proto method.

The built-up method is the most widely used method for tower installation. In this method, each tower member is installed in a sequence from top to bottom. First, the four main corner legs of the first section are erected and guyed off. Then, the cross-arms are assembled on the ground and later fixed to the main body of the tower. In the section method, the major sections of the tower are assembled on the ground and are then erected as units, using a mobile crane or a gin pole.

Of late, helicopters are being used for the erection of towers, particularly in inaccessible mountainous regions. The towers are erected in sections and the bottom section is first lifted and placed on the stub, followed by the the upper section, which is bolted to the first section. Sterlite Grid has emerged as a pioneer in the use of aerial technologies. Under the ground assembly proto method, the complete tower is assembled in a horizontal position on an even ground, typically close to the tower installation site. This method is not widely used in India owing to the prohibitive cost of mobile cranes and poor road connectivity. In addition, emergency response system towers are available. These towers do not require any foundation and can be set up on any soil type. They are mounted with the support of several cables and are usually deployed to restore power supply in the event of a tower failure.

However, these conventional surveying methods are time-consuming and inaccurate. Therefore, the utilities are now deploying the latest surveying techniques such as LiDAR technology and drones.

LiDAR is used for carrying out aerial surveys to optimise route corridors for transmission lines and determine the position of towers through topographic mapping with the help of an aircraft. The data processed through a LiDAR survey can be directly linked to modelling software, which can provide the options for alignments, tower designs and tower positions at a minimum cost.

Drones are being used by transmission utilities to assess the potential site locations, design site layouts, generate 3D visualisations and make RoW estimations. Powergrid is deploying helicopters equipped with LiDAR and thermovision cameras for aerial patrolling and operations and maintenance of transmission lines and towers. 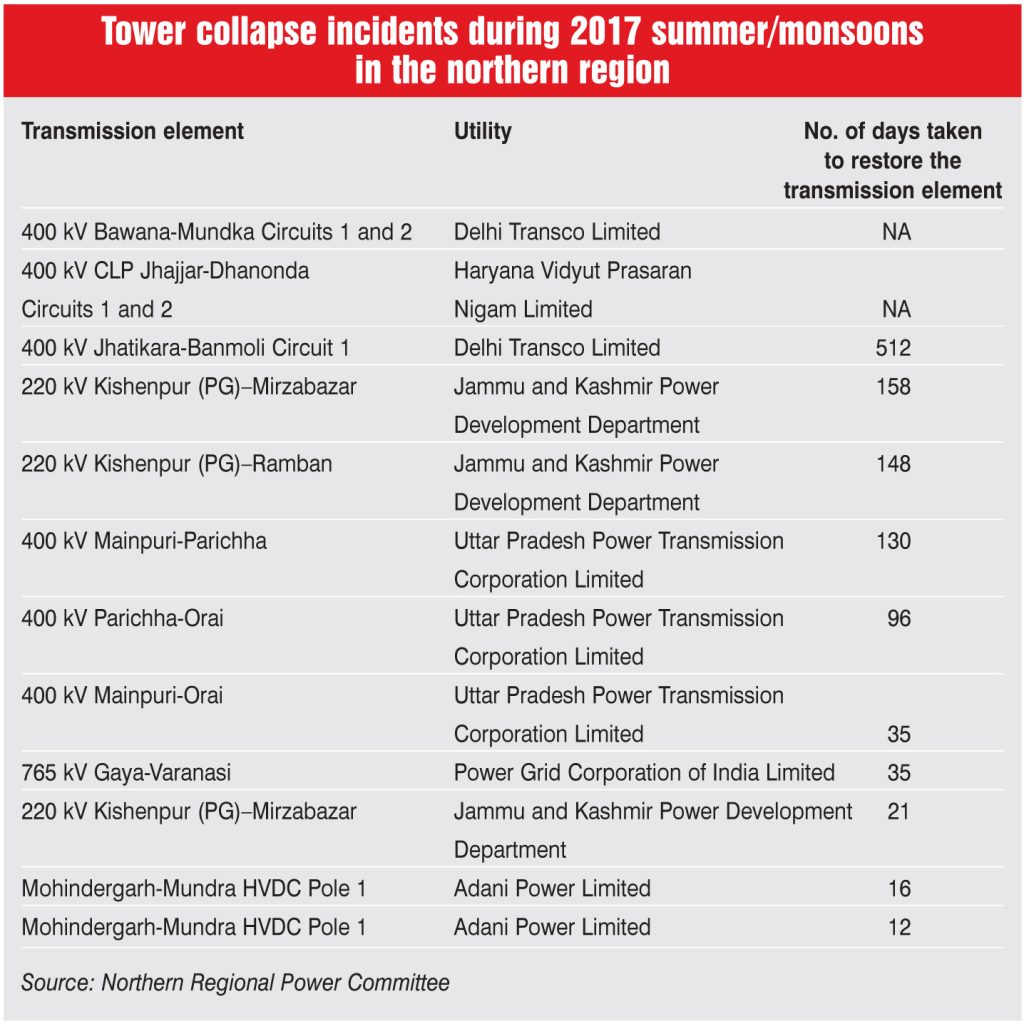 Precast foundations are build off-site in a controlled casting environment and then transferred to the installation site.  Grillage foundations consist of several layers of beams (made of steel, precast concrete or timber), laid at right angles from each other. The RCC foundations are made of an RCC base slab or mat, which can be designed for a variety of soil conditions. Meanwhile, PCC-type foundations consist of a plain concrete footing pad with a reinforced chimney and the tower’s stub is anchored to the bottom of the pad by rods and the chimney.  Further, pile-type foundations are used when the soil is weak or for installing towers in the riverbed.

Given the pace of transmission infrastructure development, the demand for towers has increased manyfold. As per the IEEMA, the growth index of towers stood at 13.9 per cent for the April 2017 to January 2018 period, owing to the ambitious capacity addition plans of central and state transcos as well as the increase in export orders. That said, the outlook for transmission line towers seems positive in the near to medium term. 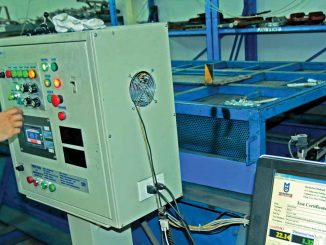 April 28, 2019
The power transmission network is often referred to as the infrastructure of infrastructure. It is the backbone [...]
More 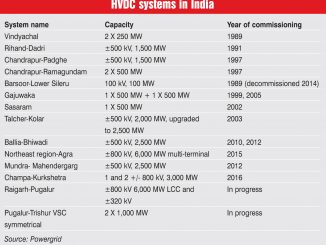 June 22, 2017
In India, the distribution of natural energy resources is uneven and concentrated in a few pockets. Without [...]
More 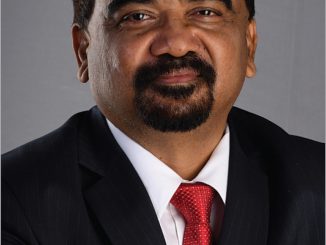