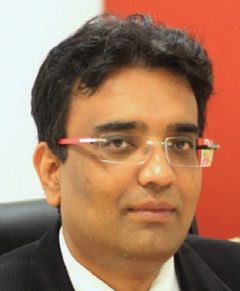 Transmission lines are the lifeline of a nation as they carry electric power. Their safety has a direct bearing on the national economy and the lives of people. On May 2, 2018, the northern region of the country witnessed its first dust storm with wind speeds crossing 130 km per hour, as per the data of the nearest air force station. It ripped through several transmission line towers, creating havoc and leaving the power infrastructure in bad shape. Senior officials of the state-run transmission utility Power Grid Corporation of India Limited rushed to the spot to oversee the restoration work that began immediately. Swift action minimised the impact of the tripping on the grid and it was able to meet the country’s power demand of 160 GW, which was the highest till date. There were three more incidents of tower failure in May, and every time the state utility was quick to respond.

Over the past several years, tower failure has become a perennial occurrence. Analysing the recent trends of power failure, there are certain characteristics that can be observed, which can be remedied with suitable preventive measures. First, it is observed that many of these failures have been taking place in the 765 kV transmission lines, which is a matter of concern, since 765 kV transmission towers are designed with a higher reliability factor. As per a Central Electricity Authority (CEA) estimate, the past six years witnessed 95 incidents of tower failure, of which more than 40 were with towers of 765 kV. In Agra, where 765 kV towers collapsed recently, 400 kV towers were standing tall without any damage. Second, most of these failures have been taking place in the eastern and northern parts of the country. This leads to the conclusion that the wind patterns in these regions have changed, leading to wind speeds crossing the threshold limit as per the wind zone map. Third, most of the damage has been taking place in transmission lines commissioned in the past five to seven years.

This kind of failure rate is a big threat to the future of the transmission industry, as more and more projects are now being awarded to private developers through the tariff-based competitive bidding (TBCB) route. This transition from a cost-plus regime to a TBCB regime has led to the industry witnessing a sea change in the way transmission towers are being designed, tested and constructed. As per the standard transmission bidding document, developers are allowed to dilute their stake by more than 51 per cent two years after the commercial operation date (COD) of the project and complete liquidation five years after the COD. It makes sense financially for developers to liquidate their assets at the earliest and invest their equity into the next project. In such a scenario, when the assets are likely to change hands several times in their lifetime, operations and maintenance with a quick response mechanism will certainly be a challenge.

The past few years have witnessed a dramatic change in the nature of transmission projects and the associated risks have increased manyfold. There are not many projects in the pipeline and most are a result of TBCB contracts where developers are quoting aggressive bid prices to grab projects. On top of that, reverse auctions are forcing prices to reach an unrealistic level. In light of this, developers have taken a number of initiatives to optimise design and execution, implementing all kinds of cost-cutting measures to save on project costs, project management, etc. to ensure the viability of the project.

At present, there is no mechanism to verify proper workmanship of the transmission towers constructed by a developer by any institution or regulator. Although there is a provision for final checking by the CEA,  that is limited to visual inspection only and is focused more on the aspect of electrical safety. With limited resources and time available, it is not possible to check and verify proper workmanship of the erected tower.

In view of all these challenges, it is desired that the wind map of India be revised as per the recent wind data, and a higher wind zone be used in future tower designs for the region. In fact, the National Building Code of India, 2016 has already adopted a wind map based on the recent research and development done on the effects of wind. Tower strengthening may also be undertaken for existing transmission lines on an urgent basis. Next, there could be an institution for transmission towers similar to the Commission of Railway Safety, which has been entrusted with certain statutory provisions under the Railways Act, 1989 of an inspectorial, investigatory and advisory nature. Such an institution could be an independent body under the Ministry of Power or may function under the CEA but should be empowered with equivalent accountability. Last, but not the least, the process of reverse auctions for transmission projects should be done away with, as they are bringing down prices to abysmal levels, forcing developers and contractors to cut corners in order to optimise their design and construction process.