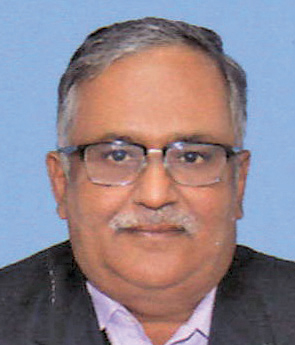 H.R. Panday, director (projects), Bihar State Power Transmission Company Limited (BSPTCL), has four decades of experience in the power sector. He started his professional journey in 1982 with Coal India Limited and in 1984, joined the Bihar State Electricity Board (BSEB) as an assistant executive engineer. During his 34 years tenure in the power sector, he has contributed to planning, tendering of large volume transmission contracts, execution and equipment procurement in various roles and functions across the board’s successor entities following unbundling.

In 2018, Panday assumed his current role at BSPTCL, where he is responsible for identification, coordination, tendering and EPC contracts for grid substations and transmission lines, and timely implementation of projects. On the company’s expansion plans, he says that Bihar has 141 grid substations running, and about 30 grid substations and 10,980 MVA of transformer capacity are to be added by 2022. “BSPTCL is also deploying advanced transmission technologies like substation automation, optical ground wire, HTLS conductors and ERP to improve operational performance,” he says.

He notes that the state power sector’s financial health has improved due to administrative measures as well as the utility’s initiatives to fast-track projects. However, the state transco needs to grapple with some challenges such as the rapidly power demand, which recently crossed the 5,000 MW mark. “This may be a small figure from a national perspective, but it is huge for a state like Bihar, which mostly has domestic load,” he comments. Another challenge is the cut-throat competition among EPC contractors to win projects at low costs, which leads to project delays.

Panday recalls the assignment to prepare the tender specifications of the state’s first turnkey contract for the erstwhile transmission department of BSEB as his most memorable assignment. Passionate about his work, he states that one must be emotionally attached to one’s assignments to achieve one’s goals.

Work keeps Panday fairly busy, but he would like to take out time to travel and read. Gone with the Wind by Margaret Mitchell, 50 Timeless Scientists by K. Krishna Murty and Nehru’s Letters for a Nation are some of his favourites. Panday’s family comprises his wife and their four children, who are all professionally well-settled.  Panday is an electrical engineer from the Ramaiah Institute of Technology.