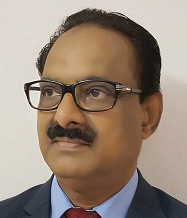 Enhancing power production in order to keep pace with the growing demand is the need of the hour, and as conventional energy resources are limited, this can only be achieved through efficient integration of nuclear or renewable energy,” remarks P.A.R. Bende, managing director, Madhya Pradesh Power Transmission Company Limited (MPPTCL). He notes that while the power sector is dominated by fossil fuels, the scenario is fast changing with increased investments in renewables.

Bende started his professional journey as an assistant engineer with the Madhya Pradesh Electricity Board. During his four-decade long career, he served in various roles, including system operation, power system management, renewable energy integration and transmission system planning. He assumed his current role at MPPTCL last year, and oversees the technical, planning, execution and maintenance of the state’s transmission system, which comprises 356 extra high voltage (EHV) substations, over 56,000 MVA of transformation capacity and over 33,000 ckt. km of transmission lines.

On the company’s future plans, he says they are looking to invest Rs 70 billion till 2020-21. This will include expenditure on setting up 80 EHV substations. To facilitate renewable energy integration, the Green Energy Corridors project is under execution. Network upgradation and modernisation are also on the cards.

On the challenges facing the transco, he says, “A major problem is right-of-way issues.” To mitigate these, MPPTCL plans to adopt advanced techniques such as the installation of high-temperature low-sag conductors, monopole structures and gas-insulated substations in critical areas.

Bende recalls his most memorable assignment as the blackstart mock drill of the 125 MW Indira Sagar hydropower unit. The exercise was conducted successfully with a large capacity machine on the 400 kV system. Since then, the state’s SLDC has become a leader in conducting blackstart exercises and has over 25 such exercises to its credit.

Bende has a degree in electronics and telecommunication engineering from the University of Jabalpur. He likes to unwind by reading or going for a jog. Dan Brown, Paulo Coelho, Ken Follett and Premchand are some of his favourite authors. His family includes his wife, who is deeply involved in social work, their son and daughter-in-law, who live in the US, and their younger son, who is a graduate in automotive design engineering.