The Interim Budget 2019-20 was overall unremarkable and did not see any major announcements for the power sector. However, with higher allocations made for the government’s Integrated Power Development Scheme (IPDS), the equipment industry has received a big leg-up. Further, the budget laid emphasis on the importance of electric vehicles (EVs) and energy storage solutions. Another announcement was the provision of electricity connections to every willing household under the Saubhagya scheme by the end of March 2019. Power Line invited industry experts to share their views on the interim budget…

What is your assessment of the power sector proposals in the Interim Budget 2019-20? What were the major hits and misses? 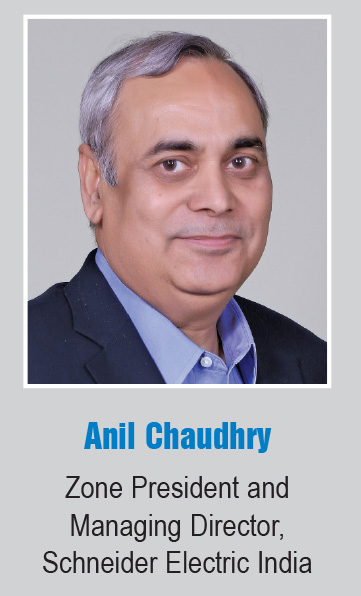 It is heartening to see that the budget clearly outlined the priority areas as part of the broad vision for the future, with sustainable use of energy at the core of that plan. The focus on renewables is evident with EVs being one of the 10 dimensions for building a New India by 2030. The budget announcement that India will drive EV growth – with renewables backed by energy storage devices – becoming a major source of power supply shows that this is expected to be a key focus area of future governments. If concerted steps are made in this direction, it will go a long way in bringing down pollution levels and addressing the issue of climate change. The long-term focus on creating a fully digital economy with 100,000 digital villages in the next five years and expanding rural industrialisation by harnessing digital technologies is laudable. This is combined with a reiteration of the Make in India programme, which can support the evolution to a smarter Industry 4.0. A combination of all these measures will put India firmly on the road to become a $10 trillion economy in the next eight years. Further, the government’s decision to set up the National Centre for Artificial Intelligence will allow sectors across the economy to draw benefits from this new-age technology, enhance manufacturing, trim production losses and usher in efficiency. 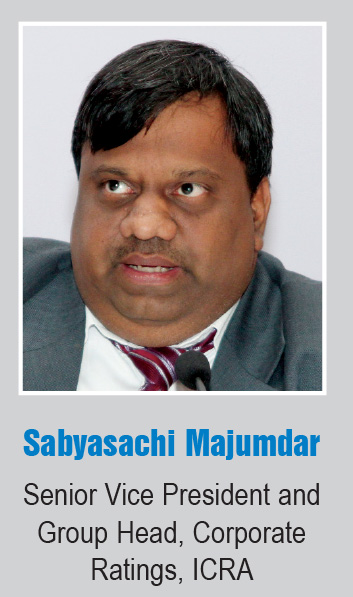 The higher budgetary allocation in 2019-20 for programmes such as the Deendayal Upadhyaya Gram Jyoti Yojana (DDUGJY) and the IPDS is a positive signal for distribution utilities, as it will enable them to reduce distribution losses in their licence areas. The continued thrust on ensuring electricity access to all rural households under Saubhagya is likely to improve energy demand, which is a positive for generating companies/independent power producers (IPPs).

The budgetary allocation for the renewable energy sector has remained similar in 2019-20, thus providing  continued policy support for meeting its funding requirements, including that for building a green energy transmission corridor. Higher budgetary allocation for the DDUGJY and the IPDS, as well as consistent fund allocation for renewables are positive indicators for engineering, procurement, construction (EPC) companies, and will give their order inflows a boost. Further, the increased capex by Indian Railways with its thrust on improving electrification is good for EPC companies as well as solar original equipment manufacturers (OEMs) domestically, given the stated preference by government entities for meeting their requirements from domestic players. 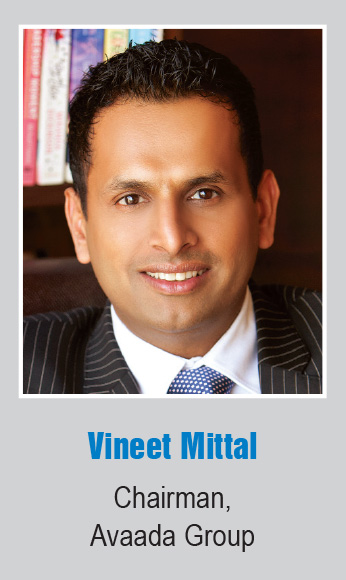 The Interim Budget 2019-20 has a strong focus on long-term sustainable growth. An effort has been made to bridge the urban-rural divide. Fiscal prudence has been maintained by the government even though we are in the lead-up to the elections. Vision 2030 elaborates the government’s focus on key sectors which would help India transform into a global power. Strengthening physical infrastructure, creating a clean and green India, and rural industrialisation are some of the key work areas. Providing the necessary boost to local manufacturing will help transform the Make in India vision into reality, leading to a significant increase in job opportunities. It is good to see the government’s continuing push to make renewables a major source of energy in India. This will help in ensuring India’s energy security as well as in meeting our climate change goals. Through continued support for renewables, EVs will benefit. India may set a precedent in EVs being powered predominantly by renewable energy, as compared to coal-based thermal power. I see a holistic and inclusive approach beign taken by the government. 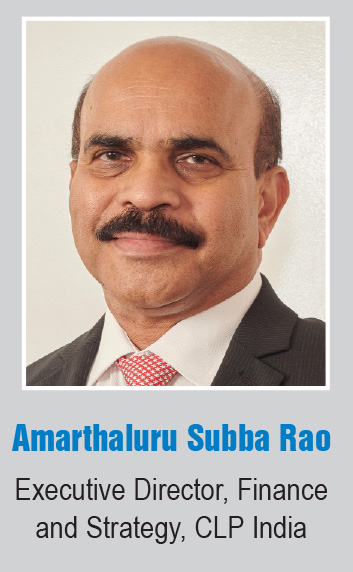 As a long-standing and committed partner to India, CLP India agrees with the government’s vision of inclusive growth for the country, as has been outlined by the finance minister in his budget speech. Energy is the backbone of a nation and its development directly impacts all other sectors as well as the quality of life of its people. We appreciate all the steps taken by the government in the past few years for enhancing and expediting the growth of the sector, including the exponential growth in the solar power segment, which has led to the creation of jobs. As we move ahead, we look forward to the continued efforts of all stakeholders in taking the energy value chain to the next phase of development with a focus on clean energy and energy innovation.

In line with the vision to make India pollution-free, the central government has once again shown its commitment to encourage the adoption of EVs and clean fuel energy. Announcements of tax rebates on the import of EV technology, including batteries and motors, ranging from 10 per cent to 25 per cent, and incentives for local battery manufacturing will speed up the EV revolution. We are happy to see the government’s continuing support to realising India’s EV dream. We urge the government to take swift action in launching the National Energy Storage Mission in order to support the development of a research and development, and manufacturing ecosystem for energy storage and EVs.