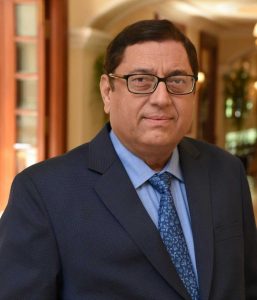 As the Government of India (GoI) continues the momentum on rapid industrialization for driving development to become amongst the top three economies globally, demand for electricity will continue to rise in the coming decades. Industry experts expect India to account for 30 percent of the growth in global energy demand between now and 2040.

On the supply side, India is marching forward with the renewable energy transition, which now accounts for over 13 per cent of the electricity mix with an installed capacity of over 70 GW – mostly coming from variable sources, i.e. wind and solar (VRE).

As renewables in India continue a strong growth trajectory to hit GoI’s target of 175 GW by 2022, the key concerns are (a) a growing need to address the intermittency/grid instability issues that arise with an increasing proportion of VRE penetration into the grid and (b) the cost of balancing renewable, which, if not contained, would impact retail tariffs in future.

Making coal-based generation flexible enough with faster ramp rates can be an immediate solution to balance renewables to continue the momentum on RE capacity addition. With most of the coal plants currently operating at low PLFs, balancing renewables through flexible coal-based generation will also be cheaper than other alternatives. However, as the largest contributor to India’s total greenhouse gas emissions, coal-based power generation, even if made flexible to balance renewables as mentioned above, will remain a key concern for the country’s policy makers, who are addressing the challenge of climate change, unless made emission compliant.

The good news is that the Government has taken several initiatives to transition towards sustainable clean coal-based generation by imposing mandatory emission norms to be achieved within a specified period, which will need capex on equipment like FGDs to make these plants emission compliant. While it will lead to a reduction in emissions and protection of the environment, this would come at a cost to end consumers as the capex will be passed through to retail tariffs. It should be noted that Indian consumers as it is pay tariffs which are not fully cost reflective as determined by the SERCs on a socialized basis, so the question to be asked here is that ‘While the Discoms would have to bear the additional PPA tariff due to capex on emission compliance, would they be able to recover the same from the consumers?’. Therefore, to avoid even greater losses for Discoms, there is a need to find better mechanisms to finance the much-needed capex on coal-based generation plants to make them emission compliant.

In summary, the following is urgently required:

a) Making coal-based generation plants flexible enough (with faster ramp rates) to balance renewables to continue the momentum on RE capacity addition,

b) Transition to cleaner coal-based generation, and

c) Remain tariff neutral while achieving both these much-needed objectives.

As is commonly known, a clean energy cess of Rs 400/tonne of coal used for power generation is levied across the board on Generators, irrespective of the quality of coal used or the emission levels of coal-based generation. This results in the end consumer paying an additional ~25 paise-30 paise/kWh which is hardly known to the consumers at large.

Initially a part of the National Clean Energy Fund was used to meet viability gap funding of renewable projects, but now solar and wind generation tariffs are affordable without any subsidies. Now, there is need to fund capex required for making thermal generation more flexible and with faster ramp rates to balance and absorb such affordable renewable generation at a faster pace and to simultaneously make the generation from such thermal plants cleaner and compliant with emission norms. Thinking further, rather than collecting cess from coal-based plants and then using the collected amount to fund the aforesaid capex, given the changed scenario on the utilization trend of the National Clean Energy Fund, a more logical funding solution could be as follows:

a) The clean energy cess (carbon tax) which started @ Rs 50/tonne has gradually been increased to Rs 400/tonne. This cess was introduced to discourage the use of coal for power generation, thereby protecting the environment. Now, when the coal-based plants start becoming emission compliant, these plants can legitimately expect no levy of cess (carbon tax) or rebates on cess rate prospectively depending on the extent of compliance. Such a rebate scheme would incentivize the coal plants to become cleaner. This ask from the policy makers is fully justified and fair given that if the rebate/exemption to emission compliant plants is not allowed, the end consumers will continue to pay ~25 paise–30 paise/kWh by way of cess and very soon an additional ~25 paise/unit for the capex on making the generation emission compliant – a double whammy for them.

b) This exemption from cess may be clubbed to similarly fund the capex required to make coal-based generation more flexible to address the issue of balancing renewables at no additional cost to the end consumers.

The above scheme for exemption from cess should rather apply only if both modifications (for making coal generation emission compliant as well as flexible) are carried out simultaneously. The capex to make the coal-based generation both emission compliant (using equipment like FGD) and flexible can be paid off in 6 years’ time, if the cess was to be exempt.

In essence, what is being said above is that clearly India needs more RE and a smart way to integrate this RE will be to leverage the existing coal-based generation by funding capex to make these plants both emission compliant and capable of flexible operation, in a way that the end consumer does not pay any additional tariff and the entire capex is absorbed by the cess exemption for such plants going forward.

We hope the policy makers would find such a framework balanced, logical and fair as being in the best interest of the environment and end consumers, and will accelerate the pace of emission compliance and balancing support to upcoming RE capacity.