The hydropower segment has received a fresh lease of life with the Cabinet Committee on Economic Affairs (CCEA) approving the proposal to include large hydro projects (of over 25 MW capacity) in the realm of renewable energy, in March 2019. A host of measures have been approved including the introduction of a hydropower purchase obligation (HPO) to ensure offtake of more expensive hydropower as compared to wind and solar power. Meanwhile, through tariff rationalisation, the flexibility to determine tariffs has been granted to developers. In addition, budgetary support will be provided for funding flood moderation and enabling infrastructure.

The question, however, is, are these measures enough to bail out the segment? At present, there are 13 stalled hydropower projects with a cumulative capacity of 4.7 GW and another 22 projects under construction aggregating 7.2 GW that have experienced time and cost overruns for various reasons.

A key issue for such projects is the lack of access to competitive financing. The government is now looking at strategies to improve the financing scenario, which would have a multi-pronged effect on not only project finances but also tariffs and hydropower offtake.

The financial stress in the segment has been caused mainly by time and cost overruns. Often, this is owing to reasons beyond the control of the developer, such as natural calamities and geological surprises. As a result, by the time the project gets completed, the tariff needed to meet the capital servicing requirement is as high as Rs 5 per kWh. Discoms are reluctant to sign power purchase agreements at such high tariffs. In such a scenario, either the promoter becomes unwilling to put in the required equity or the developer becomes unwilling to take the project forward, leading to a build-up of stalled projects.

The prevailing lending norms had been provided by the Central Electricity Regulatory Commission (CERC) for the period 2015-19, wherein tariffs had been calculated on a cost-plus basis. The loan period is fixed at 13 years for small-hydro projects (CERC 2019-20) while their life is assumed to be 35 years. In the draft CERC tariff regulations for 2019-24, released in March 2019, the interest on loan capital is computed on the normative average loan of the year by applying the weighted average rate of interest. The impact of any refinancing would be reflected from the date of such refinancing. The tenor of loans is somewhat ambiguous in the draft regulations. Increasing the tenor of loans has been suggested as a possible mitigation strategy to improve the cost of capital, which forms one of the largest cost components for hydropower projects.

Consider a scenario wherein the debt for a large-hydropower plant has to be repaid over a period of 13 years from commissioning. The debt constitutes about 70 per cent of the capital costs, according to the norms set by the CERC. Large-hydropower projects have specific mandates that make servicing the debt in the given period difficult. The provision of providing free power to the states for a considerable length of time leaves power producers with much less revenue than needed.

Meanwhile, the competition from wind and solar power has relegated hydropower to a secondary source when considering the merit order due to its comparatively high tariffs. Increasing the tenor of the loans with respect to the life of the project would provide a larger window for developers to repay the debt. For instance, the life of a solar power plant is 25 years and the tenor for loan repayment is 13 years. Extending this logic to hydropower plants, the term for loan repayment should be at least 20 years (considering a plant life of 40 years, as per the policy approved by the CCEA). However, it is not always feasible to manage cost overruns with an elongation of the debt repayment period. One possible solution to making stalled projects viable is the lender taking a haircut in debt. Some hydropower plants may become viable with a haircut of 30-60 per cent; however, banks are unwilling to take such drastic haircuts at present.

An in-depth analysis of under-construction hydropower projects reveals the per-MW cost to be in the range of Rs 80 million to Rs 200 million, depending on the project size. The costs have increased considerably since 2017, when they ranged from Rs 65 million to Rs 120 million per MW. Delays in construction have given rise to unexpected costs, thereby leading to high per-MW costs.

As per these assumptions, the internal rate of return (IRR) is calculated to be 2.6 per cent for large-hydropower projects while that for small-hydropower projects it is 11.92 per cent. It is amply clear that according to IRR calculations, the viability of large-hydropower plants with the given set of assumptions seems critically low. The high capital costs and low tariffs together do not allow for good returns for the developer. This explains the limited investor interest in the sector.

Assuming all parameters to be constant, Power Line Research analysed a few scenarios to determine the sensitivity of tariffs and capital costs on project IRRs for large-hydropower plants. The best return profile for these projects is at 7.85 per cent, determined when the tariff is reduced to Rs 3 per kWh and capital costs are as low as Rs 80 million per MW. However, when capital costs increase to Rs 180 million per MW and tariffs increase to Rs 3.50 per kWh, the IRR declines to -0.14 per cent. 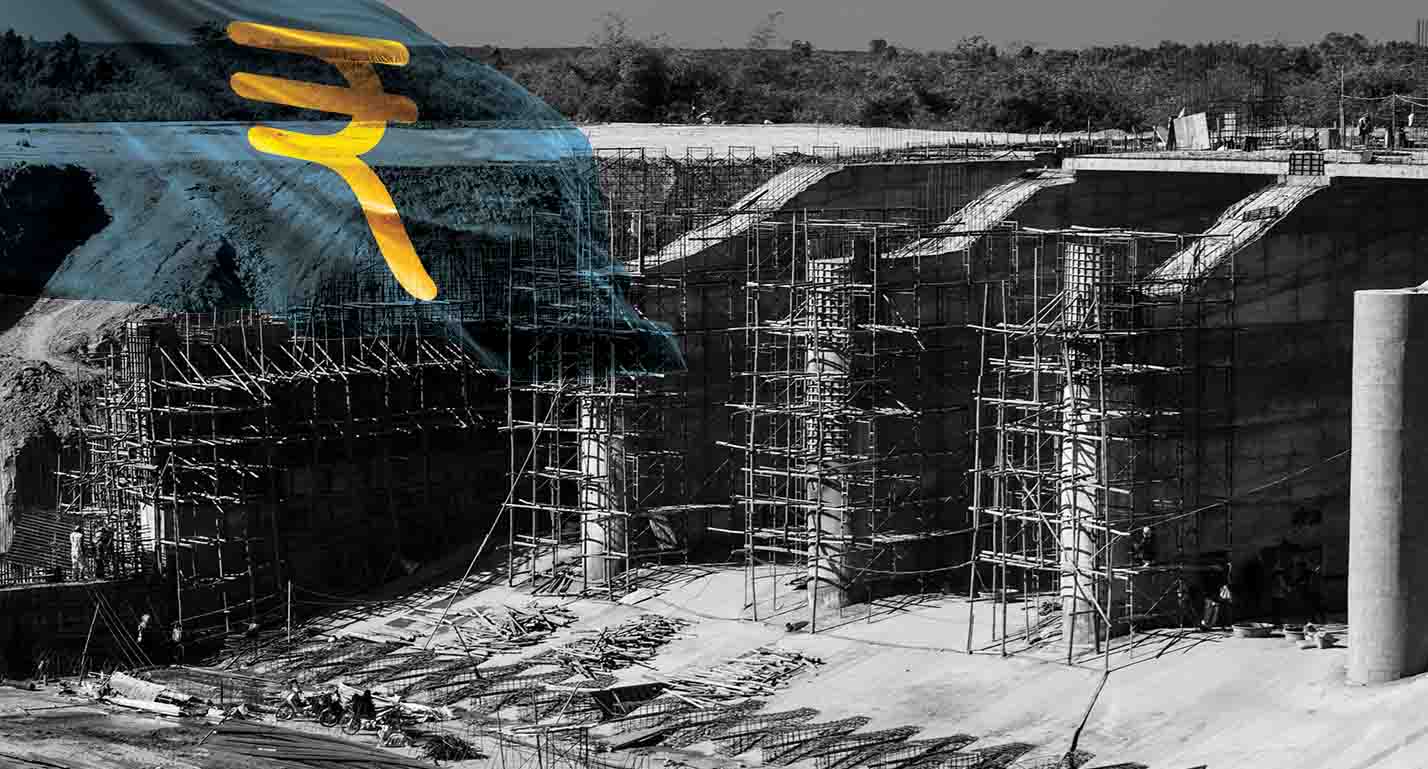 The above analysis suggests that for hydropower projects to provide moderate returns to developers, capital costs and tariffs need to be much lower than the present levels. Tariff competitiveness will ensure better offtake of hydropower by discoms. The recently approved policy may be a step in this direction, with HPOs ensuring optimum offtake.

The cost of finance, however, still seems to be a point of contention. Multilateral development banks provide lines of credit at lower interest rates and longer tenors, but Indian banks are yet to follow this trend. Moving forward, measures to re-engineer hydro project financing will be needed to help revive stalled projects and ensure that under-construction projects do not end up meeting the same fate.