In the past couple of years, renewable energy capacity has increased rapidly to occupy a sizeable portion in the installed capacity, replacing coal-based power capacity. As of July 2019, renewables have a share of 22 per cent in the total installed capacity and coal-based capacity has 56 per cent, as against 12 per cent and 60 per cent respectively in March 2014. This change in the energy portfolio has been triggered by the growing focus on environment-friendly generation and the declining cost of renewable energy technologies, as well as a drive to reduce the build-up of stressed assets in the conventional power generation segment. However, coal-based power generation has an indispensable role in maintaining grid stability due to the inherent nature of intermittency of renewable energy generation. To this end, flexibilisation of coal-based plants to cope with fluctuating loads, digitalisation of operations to enhance efficiency as well as adoption of cleaner technologies such as supercritical, ultra-supercritical and fluidised bed combustion are gaining traction.

Clearly, in the wake of the government’s target of 175 GW of installed renewable energy capacity by 2022, as well as to meet the Paris Agreement commitments, there has been rapid development of renewable energy in the country. Development of dedicated renewable energy parks, competitive bidding for solar and wind projects, and setting up of green energy corridors have bolstered the efforts to augment renewable capacity and led to renewable energy tariff reduction. In recent years, coal-based power generation has been in the doldrums, owing to the growing competition from renewable energy sources, increasing build-up of stressed assets in the thermal segment, backing off of power by discoms and coal supply shortages. This has led to low plant load factors and muted capacity addition in this segment. Besides, in recent years, only a few new coal-based plants have been announced such as the 1,320 MW Buxar thermal power plant in Bihar and 1,320 MW Khurja supercritical thermal plant in Uttar Pradesh. Even ultra-mega power projects have failed to pick up. Similarly, gas-based power plants have been delivering lacklustre performance, primarily owing to the shortage of gas availability.

Conventional energy sources hold the potential to provide the much-needed stability to the grid with large-scale renewable energy integration. To this end, flexibilisation of conventional power plants has been gaining ground, particularly that of coal-based power plants, whereby coal plants can swiftly fill in gaps left by renewable energy. Besides, India has a large fleet of pithead coal plants, which provide cheap energy suitable for complementing renewables. However, since traditionally coal-based plants were designed to operate as baseload plants, cyclic operation characterised by frequent ramping up and down of capacity results in low operational efficiency and equipment fatigue. Retrofitting plants with advanced technologies and modification of operational procedures can help coal-based plants move away from baseload operations and efficiently respond to changes in operating profiles. Besides, gencos are also increasingly looking to adopt digital solutions like internet of things, predictive analytics, machine learning, digital twins and sensor-enabled asset health maintenance to enhance operational efficiency.

What further strengthens the case for coal-based power is the lack of alternative technology options. Although hydropower offers multiple benefits for flexible operations such as overload capacity, fast ramping, peaking support, storage capabilities and black-start capability, its development in the country is hampered owing to a host of reasons. Environmental concerns, resettlement and rehabilitation issues, land acquisition problems and geological risks have led to project time and cost overruns. Similarly, even gas-based power plants are highly suited to bring in the much-needed reliability as spinning reserves due to their fast ramping and quick start-time capabilities; however, a shortfall in domestic gas availability, along with unaffordable imported gas, has hampered the segment from offering support to renewable power. Further, while battery energy storage technologies offer a technologically viable option, they are far too expensive to play a major role. 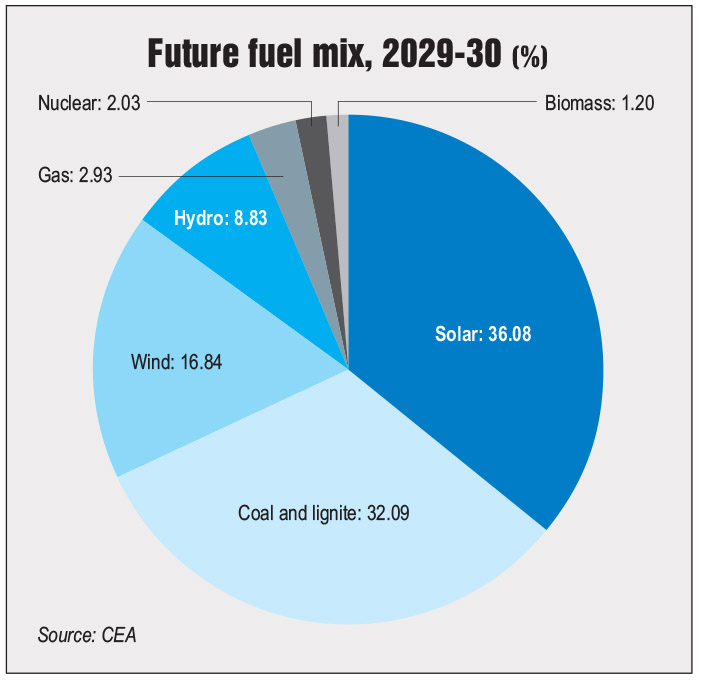 Another emerging trend in the coal-based power generation segment has been the push towards more efficient and lower emission technologies. While supercritical technologies are preferred by most new plants (with design efficiency about 5 per cent higher than that of typical 500 MW subcritical units), efforts are also on to develop advanced ultra-supercritical technologies to achieve a 20 per cent reduction in CO2 emissions at source, combined with 20 per cent saving in coal consumption compared to subcritical plants. Taking the lead is power major NTPC, which commissioned the country’s first ultra-supercritical unit of 660 MW capacity at the upcoming 1,320 MW Khargone thermal power plant in Madhya Pradesh. The unit will operate at an efficiency of 41.5 per cent, which is 3.3 per cent higher than supercritical units, thereby resulting in less coal consumption for generating the same amount of electricity. Further, in another key initiative, NTPC and power equipment behemoth BHEL recently signed an MoU for forming a joint venture to set up an 800 MW technology demonstration plant at NTPC’s existing power plant in Sipat, Chhattisgarh. The demonstration plant will be based on advanced ultra-supercritical technology. 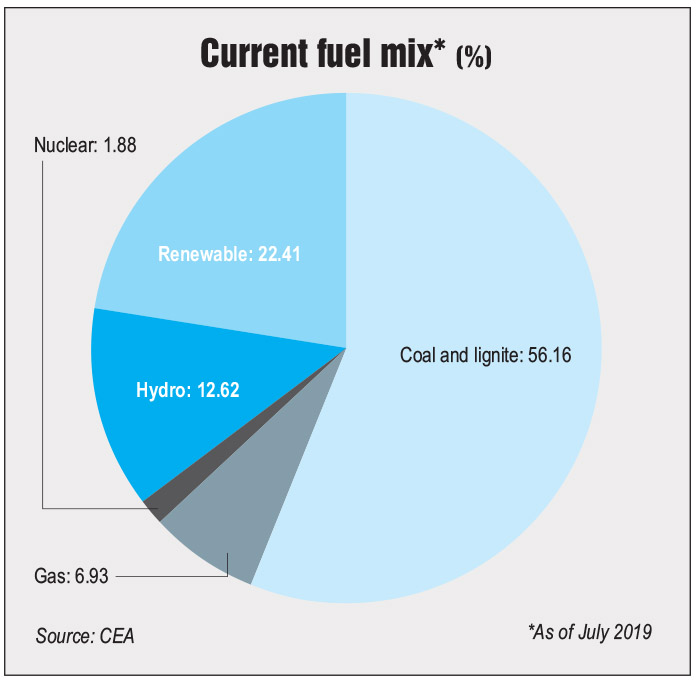 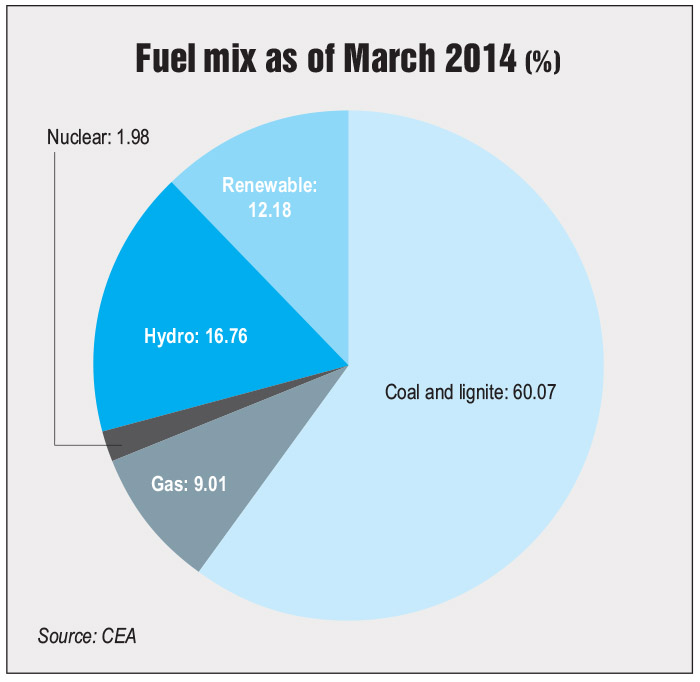 However, coal is expected to account for a majority share (50 per cent) in the gross energy generation, followed by solar at 23 per cent and wind at 12 per cent. Hydro, nuclear, gas and biomass are expected to account for shares of 8 per cent, 4 per cent, 2 per cent and 1 per cent respectively. The projected gross electricity generation during 2029-30 is likely to be 2,508 BUs, comprising 1,297 BUs from thermal (coal, gas and lignite), 887 BUs from renewable energy, 197 BUs from hydro, 101 BUs from nuclear and 26 BUs from biomass.

Net, net, as the debate around finding the most optimal energy mix continues, these forecasts suggest a significant role for coal-based power in continuing to cater to the majority share of the power demand in the country. What is needed is appropriate policy and regulatory support to ensure that the coal-based segment can leverage decades of efforts at plant and procedure improvements to tolerate high cycling levels without detrimental damage and loss of plant life or thermal efficiency while staying competitive in peak power.