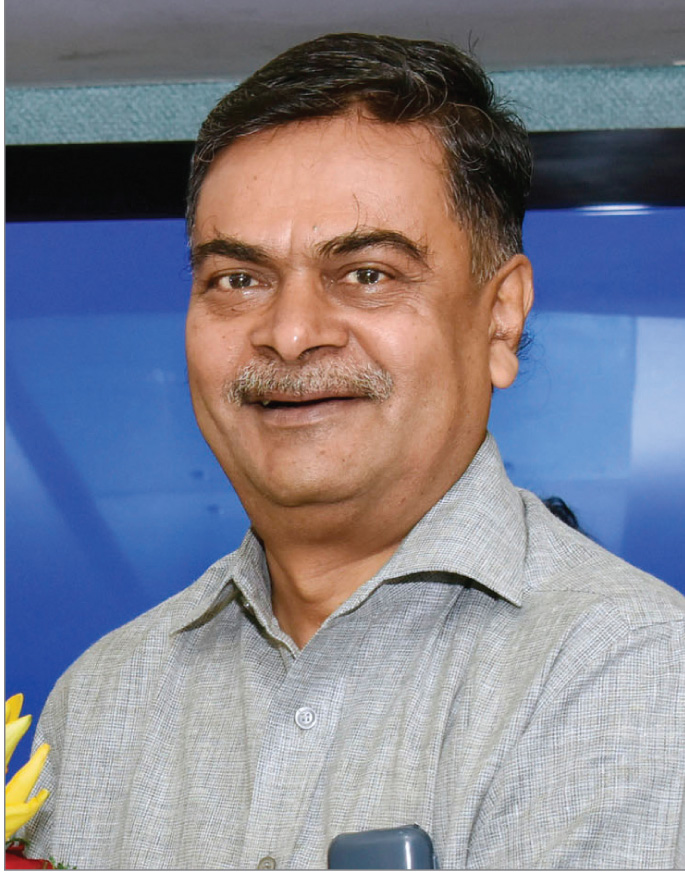 At the Conference of Power and Renewable Energy Ministers of States and UTs held in October in Gujarat, R.K. Singh, minister of state (independent charge) for power and new and renewable energy, sent out a strong message to the states to fix their power distribution segment. Among other things, he urged the states to maintain the sanctity of contracts and make timely payments to power generating companies. He also stressed the need to make power prices more competitive and affordable, and the need for consumers to have the right to a choice of electricity suppliers. Excerpts from his address at the conference….

This is the first such conference after achieving one of the greatest milestones of connecting every village. We connected about 26.6 million households in a short timeframe of 16 months. The IEA has called this the biggest expansion of electricity access in the world.

We have met the requirement of electricity access of a developed economy; the challenge now is to make sure that we are able to supply power. The hallmark of any developed economy is to have a developed power system, that is, not only ensure that there is power in every house but also ensure the quality of that power. That is the next challenge. How is that going to be achieved? That is what we have to figure out.

To be able to supply power, we must be able to generate power. We have established enough capacity to meet our demand requirements for now; however, capacity needs to be made sufficient for the requirements of the future. In the first quarter of the current fiscal, our demand grew at around 7 per cent and is expected to grow faster given that all households have access to electricity and people are, therefore, buying appliances that would need power. Our per capita consumption is only a third of the world average (1,149 units compared to the world average of 3,600 units).

We have to make sure that investments come in as our demand increases and capacity requirement increases. However, we can attract investments only if we are able to improve the ease of doing business. Investors will be reluctant to invest if they are not sure that contracts will be honoured. Recently, one state violated the sanctity of the PPA contract and I received calls from ambassadors of five countries. The sanctity of contracts and certainty of payments are very important. Today, the outstanding dues of generation companies are Rs 590 billion. Looking at this, who will come and invest in the sector? No bank wants to lend to the power sector because the sector has become stressed. The future of the country is more important than the next election.

Another issue is that of consumer rights. I am a believer in the rights of a citizen in a democracy. If a citizen is able to get power cheaply at better quality from somewhere else, we have to give them this choice. Discoms have made the system inefficient and have become a monopoly. You have to give consumers multiple suppliers of power so that more efficient players can prevail and provide power at a cheaper price. This has another benefit – of job creation. We cannot increase employment until and unless we increase the number of players in the supply business. Suppose 50 million people are being served in a state by one discom. Eventually, if you have three to four companies serving those people and competing amongst themselves, including the discom, employment will go up three to four times and prices will come down because of efficiency.

Recently we had a conference, the United Nations Climate Action Summit. Climate has become a major issue and our country, along with China, has always been the focus given that both countries are big. Therefore, in absolute terms, our emissions are huge, even though the per capita emissions may be lower. The climate is at risk and we live in a society, so we have to fix our climate problems. Our country has now made a pledge that instead of 175 GW, we will be achieving 450 GW of renewable energy. We did not mention the year, but the understanding is that we will do it by 2030. So, that is another challenge before us.

However, you cannot have any renewables or any other form of generation in the system unless and until we fix the problem of losses in our system. Is this an insurmountable problem? No. States like Haryana and Gujarat have achieved a turnaround in discoms. In Haryana, within three years or so, the state government cracked down on 250,000-odd criminal cases for electricity thefts. At the same time, incentives were given that if a village was able to reduce losses to 12-15 per cent, it would be given 24×7 supply. This was done village by village and now there are very few villages in the state, 200 to 300, which do not have 24×7 electricity. In Gujarat similarly, significant action was taken against electricity theft across villages. Even though there could have been consequences such as losing elections, the state government was not deterred. So, we have to bring about a change in thinking. When you take the right steps for the long-term benefit of the country, people understand.

Metering, billing and collection have been another reason for discom losses. For this, the solution is to adopt prepaid metering. We can then do away with meter readers, problems in printing bills and serving them, sending teams to disconnect, etc. If you do not pay, the meter will automatically switch off. Making payments will also become easier and consumers can recharge as per their ability to pay. For dealing with electricity theft, some of the initiatives that can be taken are setting up special police stations and assigning special designated officers in discoms as well as installing aerial bunched cables in areas where losses due to theft are high. Unless this problem is solved, we cannot give 24×7 power. Another challenge is that our government departments do not pay their power bills – almost Rs 470 billion is outstanding by different government departments to the discoms.

There are also certain subsidised sectors that are given free power or power at low rates, Re 1 or so. A solution that can be adopted for addressing this issue is the separation of feeders for agriculture. The centre is giving money to the states for achieving this under the DDUGJY. Feeder separation will help regulate power. We can do this together in the time frame of the next two to three years. However, the states must not give more than eight hours of power for agriculture because it will add to groundwater stress.

The next thing to be done in the next three years is to solarise pumps and connect them to the grid. This will ensure that the cost of irrigation to the farmer will go down. Also, losses on account of agricultural subsidies will reduce substantially. The subsidy burden is huge in some states, almost Rs 80 billion a year. Grid connectivity is important since there is incentive for farmers. When we buy their power, it goes towards repaying the loan taken by them from the bank for that panel. So, the panel becomes self-financing. We are starting small, but will scale up over the next five years.

Also, while there is financial assistance being extended to discoms for financing these initiatives, loans from PFC and REC are subject to reducing losses. If you can’t reduce losses, discoms will not be able to buy power. We have also put in place a mechanism for merit order. This is helping us save Rs 30 million per day as we are scheduling the more efficient generating systems. We are also providing more coal to the more efficient plants.

To avail of power however, we need to make our system reliable. We must accept that it is difficult for the government to run the retail sector. The solution to this is that states act as wholesalers of electricity. They can then sell electricity to three to four supply licensees for one area, who will ultimately compete. These licensees will buy power from the states in bulk and make upfront payment, which will resolve the problem of finances. Licensees can then supply to individual houses. These licensees will have to meet service standards, otherwise, consumers may choose to switch suppliers. So essentially, we want customers to have this choice. We can achieve this together and I will be there to assist you every step of the way.