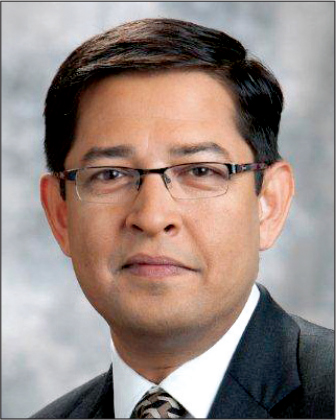 The clean energy transition is ch­an­ging how we view strategic resour­ces. In a hydrocarbon-centric wor­ld, a small group of countries that export petroleum could create a cartel to exploit their position and gain an outside influence on geo­po­litics. In a clean energy world, the emphasis and influence shift from na­tural resources to technology. Any country that establishes a mo­no­poly over manufacturing clean energy technology will gain a global advantage, not dissimilar to that of the OPEC. If we have learnt anything, it is that an energy cartel’s interests rarely align with those of its client nations, even when they are allies.

Logically, a clean energy transition should put everyone on an equal footing since all nations have access to sunlight, a free fuel. However, a semiconductor must convert those photons from the sun into electrons for the grid and that semiconductor – solar panels in this context – has rapidly em­er­ged as a strategic technology. Alarmingly, one country is close to monopolising its production, controlling supply, pricing and access. In The Wealth of Nations, Adam Smith wrote that if “any manufacture was necessary, indeed, for the defense of society, it might not always be prudent to depend upon our neighbours for supply.” Written in 1776, these words are highly relevant today, not simply because Smith examines the use of subsidies to promote exports, and undercut and undermine foreign competition.

A number of countries around the world are taking steps to ensure that they are not dependent on another country for their supply of solar panels. And as they work towards diversifying their clean energy supply chains, India stands apart in the decisiveness of its response. The International Energy Ag­ency has projected that India will overtake the European Union to become the world’s third largest consumer of electricity by 2030, as the country’s population and gross domestic product continue to grow. As part of its climate targets, India has committed to ensuring that renewables will make up 40 per cent of the country’s energy portfolio by 2030 and the co­un­try is forecast to account for almost 20 per cent of the world’s installed solar capacity by 2040.

The Indian government has recognised that it cannot be reliant on other countries, especially adversarial ones, to power its clean energy transition. As a result, it has effectively combined its clean energy targets with trade and industrial policy, to en­able self-sufficient domestic manufacturing and true energy security. The government has effectively sought to combat unfair trade practices by leveraging a combination of safeguard tariffs and encouraging domestic manufacturing th­rough the production-linked incentive programme and tax cre­dits. The country’s comprehensive approach provides precisely the kind of level playing field needed for solar manufacturers to compete on their own merits, and should be a template for other like-minded nations.

This is why First Solar intends to establish a manufacturing pre­sence in India. Our planned $684 million investment in a fully vertically integrated 3.3 GW facility in India will support the government’s effort to reduce the country’s reliance on Chinese-made solar panels. First Solar’s CadTel technology is uniquely advantaged in this market due to its temperature coefficient and spectral response advantages, which can result in higher life cycle energy per watt installed, as compared to crystalline silicon (c-Si) due to the effects of heat and humidity. Our technology will produce 5-8 per cent more energy over its lifetime in India than any photovoltaic (PV) panel available in the country.

Further, our solar modules do not use a c-Si semiconductor and, as a result, they are not reliant on imported c-Si wafers and cells. Our manufacturing facility will be fully vertically integrated, transforming sheets of glass into fully functioning, ready-to-ship PV modules in a matter of hours. It will combine highly skilled workers with Industry 4.0 architecture, machine-to-machine communication, artificial intelligence and internet of things connectivity to produce a higher degree of automation, precisi­on and continuous improvement. And, crucially, we plan to build as much of our supply chain in India as possible.

First Solar’s intent to expand its footprint and make its Ame­rican-designed solar technology in India reflects one of the many ways in which India and the US can collaborate on tackling pressing issues such as climate change, energy security, and the overreliance on adversarial nations for clean energy techno­logies. It also represents a feasible path forward, enabling India’s goals of self-reliance and energy security at scale. 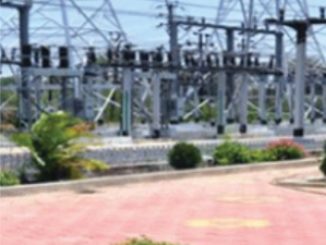 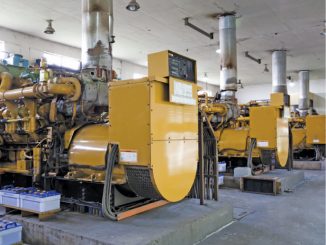 Rental Power Solutions
Catering to a niche but growing market

October 3, 2017
Consumers have the choice to buy power from the grid, or generate their own power, or use [...]
More