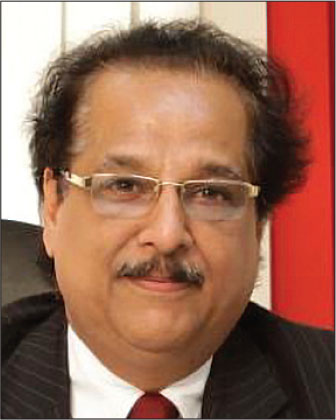 As the global chorus of concern around climate change grows, In­d­ia’s commitments to climate chan­ge mitigation have also ushered in a change in the country’s energy scenario. India’s energy mix is gradually transitioning towards a decarbonised energy sector, bas­ed largely on clean forms of en­ergy, including renewable power so­ur­ces such as solar and wind. This evolving energy scenario has further created imperatives for the power markets to transition from an overly rigid structure to a flexible system that is more amenable to the variability of supplies and the dynamics of demand.

Greater flexibility was introduced in the power markets th­ro­ugh the creation of power exchanges, and ever since their in­cep­tion, the efficiency and liquidity of the power exchanges have improved significantly. The day-ahead market (DAM), launched in 2008, has clearly served the purpose of enabling transparent price discovery, benchmark prices for investments, ease of trading, payment security, and delivery certainty. This has helped improve the flexibility, competitiveness, and overall efficiency of power procurement in addition to addressing the demand-supply gap. The price signals by the power markets have helped in building generation capacity, transmission capacity, and reinforcements over the years.

India’s vision of achieving a renewable energy deployment of 450 GW by 2030 for ensuring energy security and meeting climate change obligations is huge in terms of its scale, and its impact on system operations, power markets, and power procurement methods. This grand energy transition will throw up new challenges because of intermittency issues. Hence, the mar­kets should not only provide options for managing day/ week/season-wise demand-supply gaps, but should also add­ress the intermittency aspect in seconds’ time frame.

The real-time market (RTM) was launched in June 2020, with the intent of helping market participants dynamically balance their power demand-supply portfolio in real time, in a structured way through the market platform. The RTM helps make the power market more dynamic by enabling trade in electricity through 48 auctions in a day, with a new auction being held every half an hour. It offers distribution utilities immense flexibility in ad­d­ressing their varying schedules through the delivery of power at just an hour’s notice. The RTM has grown from 0.5 BUs in the first month to 1.5  BUs in a year and touched a high of 1.8 BUs in August 2021. In the exchange-based segments, the RTM is now the second largest segment after the DAM.

In order to increase renewable energy capacity, interstate transmission system charges have been waived and flexibility in sche­­duling up to 15 per cent has been provided. For such generators, an additional market segment was launched with the objective of enabling trade in renewable energy  in an efficient and competitive manner through a nationwide renewable energy market. This allows distribution utilities and renewable energy generators to sell their surplus green power, and the obligated entities to procure renewable energy from the market in order to meet their electricity needs and fulfil renewable purchase obligations. The green term-ahead market (GTAM) facilitates transactions in DAC, intra-day, weekly, and daily contracts. There is a move to provide green DAM market, shortly.

Long-term power purchase agreements (PPAs) will be a thing of the past for price hedging for discoms and commercial and industrial (C&I) customers once electricity futures are available on the exchanges. These futures will provide price certainty for the next few years and avoid the need for signing long-term rigid PPAs with take-or-pay provisions. Futures will have the least entry and exit barriers and at the same time they will provide price certainty to buyers and sellers.

With significant deployment of solar PV rooftops, congestion will move to the distribution network. This will require local or­der books to seek bids from buyers and sellers to mitigate in shorter time frames. Currently, the exchanges operate at the na­tional level. Later they will need to provide such flexibility to markets at the distribution level. India plans to produce 40 GW of rooftop PV capacity by 2022. Rooftop PV systems and batteries can be an ideal combination for C&I customers. Battery storage can open up many possibilities for power trading with customers in neighbouring areas. Peer-to-peer (P2P) platforms can provide options to communities and C&I customers to trade surplus power at the local level. These local markets can be based on blockchain technology.

Batteries, hydrogen, and electric vehicles have the po­t­ential to disrupt the load profiles of load-serving entities but they can also provide flexibility in terms of shifting loads to another time frame to avoid stress. Batteries and other storage options such as pumped storage plants will use the cheapest power available late at night or at midday to charge and then discharge or sell this power during the peak evening hours. At some stage, subzero or close-to-zero prices in the markets will enable the production of green hydrogen, which will act like a buffer or storage. Currently, batteries provide reserves in shorter time frames, including  primary (within seconds), secondary (5-15 minu­t­es), and tertiary (30 minutes and beyond). The reserves markets will get a boost and support from batteries. Ancillary markets for primary reserves will incentivise batteries.

Natural gas, hydrogen, liquid fuels and coal can all provide system support for relevant products valuing ramping, inertia and time frames. An integrated fuel market will provide different services depending on the energy density, ease of shipping, network, etc. This is the right time to facilitate all fossil fuels and renewable energy options to denominate all forms of en­ergy in one unit, preferably in MWh. Coal, natural gas, furnace oil, etc. should all be seen in energy terms for their use and mass/volume terms for shipping.

Transmission planning should not be related to long-term PPAs, but instead should provide a toll-like op­tion for the payment of charges for use. The transmission plan­ning and pricing framework will move to the General Network Access framework. Mar­ket-based economic despatch (MBED) is a mechanism for des­pa­tching power plants under PPAs through the exchanges. There is no need to make it mandatory; rather, lea­ve it to market participants through gross bidding. Gross bidding, or the voluntary version of MBED, will become more popular as happ­e­ned in Europe. Another change being introduced by the CERC is a change in the regulations governing the deviation settlement mechanism. The pricing of imbalances has so far been linked to system frequency. This has now been delinked and linked to DAM, RTM, or ancillary service prices and imbalance quantum.

It is generally felt that discoms are now less keen to sign renewable PPAs since coincident demand and supply mismatch and declining renewable energy prices do not offer them comfort for signing a 25-year contract. Traders and developers will be able to make use of the contracts for difference (CfD) mechanism for bringing new capacities. CfD-based new renewable capacities will enter into a PPA with a credible trader (such as the Solar Energy Corporation of India, NTPC Vidyut Vyapar Ni­gam and PTC India). The trader will sell power through an ex­change, either in the green segment or in the conventional segment, and the surplus (market price over and above the contract price) or the deficit will be managed by the trader.

Corporates are becoming increasingly aware of the importance of sustainability requirements and are interested in purchasing green attributes, and are looking to sign PPAs with renewable energy generators. They are looking for re­new­able energy generators to sell their power on the exchan­ges and transfer green attributes to the corporates. This is already the most popular way of turning green, and the same will happen to Indian corporate as well. Buying green power from the market through a PPA from a green generator in­volves many overhead surcharges (CSS, AS), transmission charges for ISTS, and intra-state transmission system char­ges. These expenses can be avoided when corporates sign a WPPA for only green attributes.

Renewable energy projects tend to have higher imbalances due to intermittency. Several wind and solar plants, along with other balancing resources, can form a virtual power plant (VPP). They can operate as physical players in the short-term markets. They can bid as buyers and sellers for different times of the day in the DAM and intra-day markets. Renewable energy projects can join forces with flexible generators such as batteries, pump storage facilities, and hydro- and gas-based generators to create VPPs that are best suited to mitigate intermittency. In Europe, multi-GW scale VPPs are operating and acting like balance-responsible entities.

During the period of energy transition, three major trends are likely to emerge. First, trade will move away from long-term to shorter-term contracts. Long-term tenures will reduce from 25 years to 10-15 years. More contracts will be signed  in the short term. The second trend will be of “trading” closer to real time, and information technology will enable the reduction of time from trade to delivery, that is, gate closure, to zero like in many European countries. The third  trend, which is clearly visible now and which will accelerate in the coming years, will be a shift from bilateral trade to the exchanges. We must create the right framework to encourage innovation  by the market through new entities, new arrangements, new ty­pes of contracts, and innovations by exchanges. 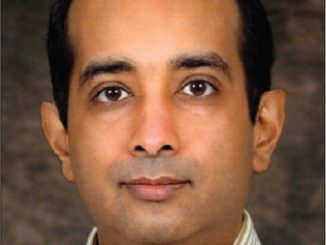 September 21, 2021
Climate change will be mankind’s most pressing challenge in the co­ming decades. For India, decarbonisation of the electricity sector is paramount because of the disproportional role of electricity in the economy. [...]
More 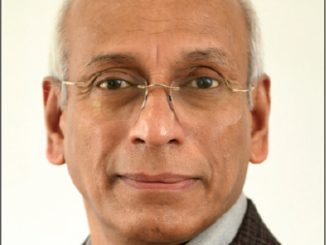