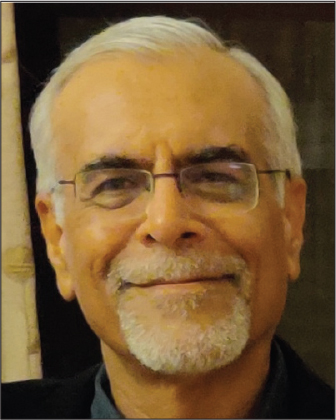 Power distribution operations in Delhi were privatised in July 2002. The Delhi Vidyut Board (DVB) was taken over by three 51:49 joint ventures (JVs) with the Delhi government-Tata Power Delhi Distribu­tion Limited (then North Delhi Power Limited or NDPL), which se­r­vices an area of 510 square km that is one-third of Delhi, BSES Rajdhani Power Limited and BSES Yamuna Power Limited of the ADAG Reliance Group, which cover the remaining area.

Tata’s leadership practices, business practices and ethics, values, and safety practices were the foundation for NDPL’s top leadership to formulate its vision, mission and values. NDPL underwent a complete organisational transformation and turnaround.

AT&C loss reduction: This has been of prime importance for ensuring the financial health of NDPL or any discom. Energy accounting for the calculation of units lost from individual distribution transformers is a focus area of the discoms. In a particular industrial area, data from a group of transformers adjoining a densely populated cluster exhibited an alarming level of losses. Efforts to enlist the cooperation of the resident industries in proximity to the high loss transformers failed miserably. It was decided to employ cameras and local in­formers to uncover the modus operandi of power theft. To our surprise, we discovered that at night electricity supply was being diverted to a thriving small-scale unit group located in the dense clusters. These units were actually subcontracted to the large units of the industrial area. A cozy nexus was thus busted.

Customer outreach for settlement of old cases: In an NDPL company-wide initiative called the Public Hearing Forum, dossiers with a detailed analysis of the outstanding disputed commercial cases were prepared and customers were invited for settlements. As head-commercial, I had some great learning opportunities from my senior colleagues, the erstwhile DVB officers who were represented on the panel of experts. Each case was unique, diverse and challenging. In a particular dispute of excess billing with NDPL, the consumer, a retired bank officer, explained that he had travelled abroad for six months and that, his premises were locked. Yet, based on meter readings, which he disputed vehemently, he had received high consumption bills (indicating the use of air conditioners, etc.) during the same period. During the conversation, he casually mentioned that he had left a key of his residence with his neighbour for maintenance/upkeep, etc. On a hunch, we called for a print of the consumption record of his neighbour. It was observed that for the same period, the neighbour’s electricity consumption had reduced drastically from normal level starting from the time of his travel abroad and reverted back to normal just before his arrival. Clearly, his neighbour had taken a temporary line to draw electricity supply during his absence abroad. The aggrieved consumer was taken aback by the findings and settled his grievance with the neighbour instead. Ready access to computerised records with the capability of forensic analysis for deduction, a la Sherlock Holmes, saved the day!

Operations: Anyone could walk into my office late evening to raise or discuss a troubling issue. One day, I got a peculiar request from a young engineer officer for a confidential meeting. With his nerves settled after a cup of tea with me, he explained that his marriage was being held up and wanted my intervention. His zonal office was physically located in a congested area notorious for bad characters. Whenever his prospective in-laws checked out his office location and environment, the marriage proposals invariably dropped. We came to a quick solution on this. I posted him to an office located in a swanky and prime area, with an assurance that he would be moved to a challenging area when required. He soon got married. A happy ending indeed!

Safety: Every year at NDPL, the safety week is celebrated to launch new initiatives, create safety awareness among employees, customers, schools, etc. Near misses reporting is en­couraged and all minor and major accidents are serious events that are analysed for corrective and preventive action. Field equipment operations, line repair, etc. require robust processes for isolation and charging. Area power shutdowns are planned. So, on a particular occasion, to see for myself the field repair work and safety processes being adopted, I deci­ded to visit a dense residential cluster with narrow lanes, notorious for bad characters and particularly unwelcome to discom personnel. For disguise, my assistant and I wore a faded T-shirt, jeans and local sports shoes with cheap and flashy sun goggles. We blended perfectly with the environment and could carry out our inspection unnoticed. My colleagues termed it risky, but it was quite an adventure!

Ethics: Detecting and curbing malpractices by processes (which we thought were foolproof!) occupied our major attention. Many innovative ideas were implemented. For instance, we learnt that NDPL meters (tampered to run slow!) were easily available in the open market. Besides tightening internal processes and controls, NDPL teams were sent to make covert bulk purchases of such meters from the grey market and they could limit their availability successfully. Meter tamper devices were regularly purchased from the open market and tested in the sophisticated NDPL meters lab to introduce tamper-proof versions. Needless to say, we were always in catch-up mode with the experts of illegal tampering, always ahead with their innovations! Security cameras were installed in many sensitive locations to detect malpractices. This considerable expense soon came under the scrutiny of cost control and I had to issue orders for their removal in some locations. In a meeting, we decided against removal and let the non-functioning cameras remain as dummies. Though disconnected, their physical presence itself acted as a deterrent. This was kept a secret and led to considerable savings!

Power blackout of July 2012: July 30 and 31, 2012 will forever be etched in my memory. On July 30, a massive power blackout hit India, when the Northern Grid collapsed and an estimated 370 million population was impacted. It was around 2:30 am, still nighttime, on a Monday morning when most of Delhi was enjoying their weekend sleep that I received a call from Delhi Transco Limited. Immediately, I was in touch with CENNET (NDPL’s SCADA control centre) and within a few minutes, I was driving from my residence in South Delhi to its location in North Delhi. The traffic and streetlights were not working, roa­ds were empty and Delhi was largely asleep! In the darkness, twinkling stars were starkly visible and the serene silence was punctuated by the hum of a few diesel generators and lights of a few houses with inverters. Soon, I was at the SCADA control centre and learnt that a crisis was looming. The SCADA system backup batteries had limited time left and if our DG set did not kick in soon, the entire system would be shut down with a vital time delay mandatory for rebooting the system. Our DG set was not operational as its startup battery was dead and the new one was in transit. Very soon, a team was deputed to a nearby housing colony and a DG startup battery cannibalised from its DG set – after persuasion and their permission of co­ur­se! With a few minutes remaining, the backup DG set started, much to our relief. The restoration of electricity supply followed, starting with priority services like hospitals, Delhi Metro and communication providers.

The very next day, Tuesday, July 31, at 1:05 pm, the Northern Grid collapsed again! We were in our corporate office and so we rushed to CENNET, located about 10 km away. The journey was a major challenge, communication was virtually cut off, we encountered traffic snarls as the traffic lights stopped working and it took one hour to reach. Meanwhile, there were emergency calls from the Delhi government, services like hospitals and fire stations. Delhi Metro undertook emergency evacuation of passengers, especially from train coaches that were stranded underground, but wanted priority restoration of power. At NDPL, the handling of this emergency was better as the previous day’s experience came in handy and the power restoration was smooth and faster once grid power was restored gradually.

The lessons learnt from these grid failures at NDPL led to a more robust islanding management system for a 108 MW combined cycle power plant located in the NDPL area; revision of the disaster management plan with establishment of an organisational command and control structure to ensure services and availability of personnel at key locations like the SCADA control centre, grid stations and operation centres; and improved commercial data security with safety protocols. Th­ou­gh these processes existed for the Commonwealth Games 2010, they needed updating.

There are many stories and I have narrated a few here. NDPL’s human resources played a major role in its success. With motivation and a performance-driven culture, the human resources of NDPL spearheaded the solutions to address the challenges – a diverse blend of nearly two-thirds of erstwhile DVB employees, Tata Power employees and external recruitments. On a personal level, besides honing my management skills as a leader, I learnt that soft attributes of being humble, compassionate and a good listener and communicator are vital for bringing out the best performance of the workforce of an organisation. 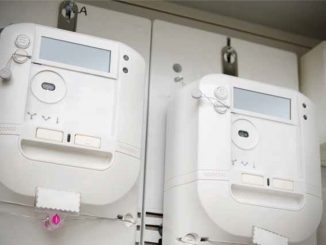 April 10, 2020
The adoption of smart meters is an essential requirement for modernising the power distribution infrastructure. Smart meters [...]
More 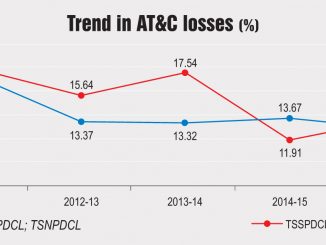