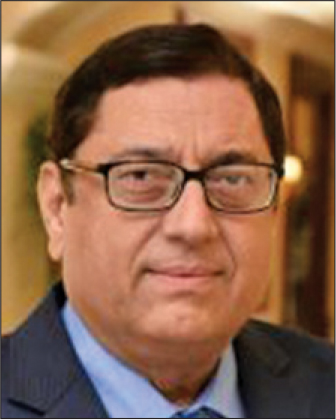 It is a well-known fact that despite all the advancements, a large percentage of the population of the world is still unserved when it co­mes to power supply. According to data published by the World Bank, 1.3 billion people around the world lack access to power. More than 600 million of them are in sub-Saharan Africa and more than 300 million are in India alone. One out of every five people around the world without adequate access to power  lives in India.

The reasons for this glaring data may vary by region, such as the location and distance of the population/human habitation from the grid. In certain cases, grid extension, being expensive, may be unviable when compared to the revenue it would generate from the marginalised communities. This economics, in turn, increases the burden on other consumers, which dissua­des the setting up of power plants for those who are unserved, leading to the cycle of inadequate power supply not breaking.

Having said that, the good news is that renewable energy costs have been falling drastically over the past five years. While thermal power can reach consumers only through transmission lines, renewable power has no such limitation. Decentralised off-grid renewable generation and distribution (DGD) presents a solution to serve the large hitherto unserved population in the shortest possible time frame through what is often termed as microgrids.

The business case for DGD appears to be extremely strong and a win-win proposition for all stakeholders, considering the following factors:

Despite all the merits of DGD, microgrid economics have a certain set of challenges, which are critical to keep in mind in order to make informed decisions.

If the state utility was to extend its grid all the way to the un­ser­ved areas, the incremental costs would be much higher than the cost of servicing those areas through a DGD microgrid. While that is a fact, the dichotomy is that the cost of serving unserved consumers through DGD using microgrids normally works out to be much higher than the average costs and the average retail domestic tariffs in the areas served by state utilities throu­gh conventional grids. This is because the cost of the incremental transmission grid and the loss per kWh served are much higher due to low demand in such unserved areas. Furth­er, in most countries with such unserved populations, the re­gulatory commissions adopt a social tariff structure, setting lo­wer-than-average cost-based tariffs for low-end consumers. A st­a­­te grid-connected consumer pays such regulated tari­f­fs. A fully cost-reflective DGD tariff, if charged directly and dedicatedly to the served consumers, becomes unaffordable for the poor consumers in such unserved areas and would also be much higher than the regulated tariff of utilities if the state grid served them.

So, if private players were to set up DGD microgrid projects charging full cost-based tariffs, there would be a major risk of the projects getting stranded as soon as the state utilities decide on full-fledged grid extensions in the future. There is clearly a need to evolve a de-risked business model to make such DGD microgrids both viable for investors as well as palatable to consumers. In the process, this can save utilities from incurring huge capex on extending lines to remote areas with low de­ma­nd. A tripartite model, somewhat on the following lin­es, would work well with some tweaks, depending on local considerations.

Microgrids present the fastest way to supply power to unserved consumers as the time-consuming effort of laying expensive transmission lines is dispensed with.

How does the tripartite DGD model become highly bankable

What is the DGD business case for the state governments?

An alternative model would be to split the DGD into two parts:

The 25-year PPA between the independent power producer and the state utility will continue despite the grid extension. The distribution franchisee will set up and operate the distribution network and perform the commercial functions of billing, collection, network maintenance, and so on.

In a nutshell, renewable microgrids present a quick solution to serve the large proportion of unserved consumers, provided that microgrid investors are de-risked against the stranding of a project on future grid extension. Equally important would be to ensure that the tariff charged to end-consumers in such areas is no more than what their fellow citizens living in currently served areas pay.

If I were a state-level decision-maker, I would jump at this and win the next few elections! Such is the political case as well. And also win some sustainable environment-related awards!

Perform and Transform: Time to introduce outcome-based reforms for discoms

Atmanirbhar Bharat presupposes a robust and sustainable power supply system to accelerate progress. Power sector reforms in India star­ted along with the liberalisation of the ec­o­nomy with the objectives of en­su­ring security of supply, effici­ency improvement and cost recovery. India has done extremely well on two subsequently added goals of uni­versal electrification and decarbonisation of the power sector. […]

Views of Dr A.K. Verma: “This is the time when we are fully poised for smart meters”

India’s smart metering landscape is set to see a significant change, with plans to install almost 300 million smart meters in the next five to six years. At a recent Power Line conference, Dr Arun […]