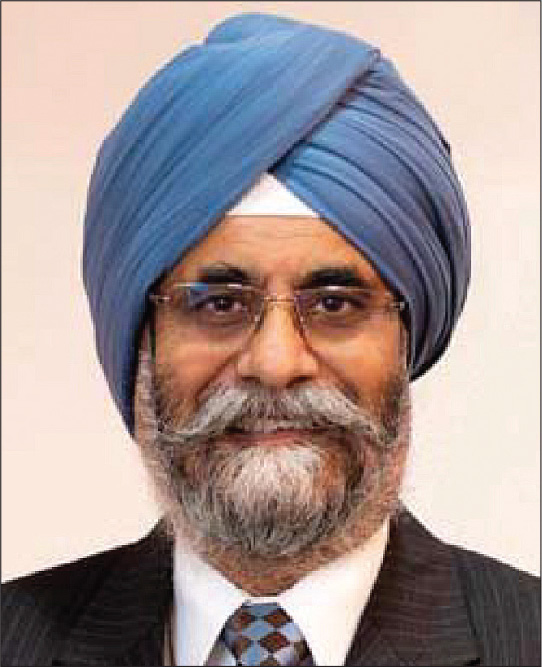 The Power Finance Corporation (PFC), the largest lender to the power sector, with a market share of 20 per cent, has been lending to marquee power projects and facilitating government schemes, including the latest Rs 3.04 trillion Revamped Distribution Sector Scheme. In an interview with Power Line, R.S. Dhillon, chairman and managing director, PFC, discusses the sector’s achievements, the evolution of the financing landscape in the past 25 years as well as his outlook for the sector…

What have been the power sector’s biggest achievements over the past 25 years?

India’s per capita electricity consumption was around 400 units in the mid-1990s. Today, it is around 1,200 units, a growth of three times over the past 25 years. Our installed capacity has quadrupled during the period to reach 380 GW. The period also saw the enactment of the Electricity Act, 2003, and various Government of India (GoI) schemes such as the Accelerated Generation and Supply Programme, Accele­rated Po­w­er Development and Reforms Programme, Integrated Power Development Scheme, Deendayal Upadhyaya Gram Jyoti Yojana, National Solar Mission and Saubhagya. As a result of these reform measures, we have achieved the following milestones:

How has the financing landscape in the sector changed during this time?

The financing of the power sector has become more competitive and challenging over the years. Earlier, all the power utilities were government owned and loans ex­ten­ded to them had a higher safety owing to their quasi-sovereign nature. The opening up of the sector to private investments and the introduction of the Tariff Policy in 2006 paved the way for competitive procurement of power. This, coupled with the easing of the long-prevailing power-deficit scenario, saw the moderation of margins for power generating companies, leading to an increase in risk perception from the financing viewpoint.

In the 2010s, we had issues regarding coal supply to thermal projects, which resulted in a spike in non-performing assets. The decade also witnessed the enactment of the Insolvency and Bankruptcy Code (IBC), which was a landmark for the financing industry. Under the IBC, the lenders now have a framework for time-bound resolution of stressed assets.

The rapid proliferation of renewable energy projects has thrown up its own set of financing challenges. Owing to their short gestation periods, lenders have to be very quick in appraising and disbursing to these projects. The tariffs are low due to fi­erce competition in bidding. Thus, len­ders have to offer finer rates to impro­ve project viability. Lenders also have to be ab­reast of the latest technological developments in the renewable energy sector as newer and more efficient technologies are being introduced continuously.

“PFC is exploring lending opportunities in emerging fields such as e-mobility, EV manufacturing and EV infrastructure.”

What are some of the unresolved financing ch­a­llenges that continue to impede sector growth?

The weak financial position of power distribution companies has been one of the persistent stress points of the Indian power sector. The major reasons for their weak finances are high AT&C losses and under-recovery of costs in tariff. Distri­bution is a critical segment of the power sector value chain, being the interface with the end-consumer. The financial st­re­ss in this segment gets transmitted upstream to transcos and gencos in the form of delayed payments, affecting the financial viability of the entire sector.

The state discoms reneging on signed power purchase agreements is another is­s­ue that remains to be addressed. Power project financing being largely non-re­course financing, lenders derive comfort from various contractual arrangements of the projects. Discoms unilaterally terminating contracts or renegotiating tariffs jeopardises the viability of these projects. This also discourages investors fr­om making investments in the sector.

The GoI has taken various measures to address the above issues. In order to str­e­n­gthen the distribution segment, the government has recently launched a major reform initiative, the reforms-based and re­sults-linked Revamped Distribu­tion Se­ctor Scheme. It aims to improve the ope­ra­tional efficiencies and financial su­stai­nability of discoms by providing re­forms-linked financial assistance for str­eng­thening of the supply infrastructure. The scheme, with a total outlay of Rs 3.04 trillion, will be available till the year 2025-26.

The proposed amendments to the Electricity Act, 2003 will delicense po­w­er distribution and offer consumers the freedom to choose their power supplier. The act aims to make tariffs cost reflective by reducing cross-subsidies. It wou­ld also include provisions for the establishment of an Electricity Contract En­for­cement Authority, with powers to enforce the performance of contracts re­lated to the purchase or sale of electricity. These reforms are expected to significantly improve the long-term growth prospects of the power sector.

“The NIP has identified an investment requirement of Rs 21 trillion in the power sector till 2025. In addition, investments of about Rs 17 trillion are required over the next 9-10 years for achieving the 450 GW renewable capacity addition target. This gives us a steady funding pipeline for the coming years.”

What will be the biggest challenge for the sector in the coming years? What is the way forward?

Climate change is the greatest threat faced by humanity today and the energy sector is one of the largest contributors to greenhouse gas emissions. For India, me­e­ting its increasing energy nee­ds wi­thout damaging the environment is one of the key challenges. To this end, the government has set an am­bitious target of 450 GW of renewable energy capacity by 2030. This would require a strong supply chain and huge financial invest­me­nts. Due to its variable nature, the addition of such a large quantum of renewable energy would require significant strengthening of the grid system and also integration of energy storage systems.

Storage-based hydro projects are an ideal option for balancing variable generation. However, a large amount of hy­dro potential still lies unutilised. Tapp­ing this po­tential with minimal environmental and ecological consequences nee­ds to be ex­plored in the coming ye­ars. Our baseload requirement for the foreseeable future would still be catered to by coal-based generation. It is also important to ramp up domestic coal production and secure overseas fuel sources.

What will be PFC’s focus areas in the coming years? What are some of the new opportunities that the company is pursuing?

PFC is the largest lender to Indian po­wer sector, with over 20 per cent market sha­re. We will continue to tap the huge funding opportunities in the clean energy spa­ce as well as infrastructure im­­provement in the transmission and dis­tri­bution sector. The National Infras­truc­ture Pipeline (NIP) has identified an in­ves­tment re­qui­rement of Rs 21 trillion in the power sector till the year 2025. In addi­tion to this, in­vestments of about Rs 17 trillion are re­quired over the next 9-10 years for achie­ving the 450 GW renewable ca­pacity ad­dition target. This gives us a steady funding pipeline for the coming years.

PFC and its subsidiary REC are the no­dal agencies for the Revamped Distri­bution Sector Scheme. We will be meeting a ma­jor portion of the funding re­qu­ire­ment under the scheme for the im­provement of distribution infrastr­ucture and pan-In­dian roll-out of smart metering. The ins­talla­tion of emission control equipment such as flue gas desulphurisation systems for the existing coal-based plants is an­other opportunity that we are pursuing.

PFC is also exploring lending opportunities in emerging fields such as e-mobility, electric vehicle (EV) manufacturing and infrastructure for the EV ecosystem. Domestic manufacturing of renewable energy generating equipment and en­ergy storage devices is expected to take off in the coming years, backed by the attractive performance-linked incentive scheme of the GoI. We are looking at capturing funding opportunities in these fields as well. 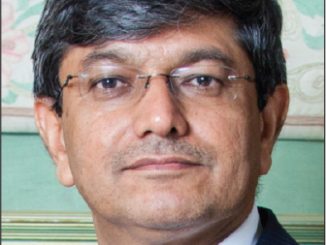 Getting Real with Hydrogen
By Gurdeep Singh, Chairman and Managing Director, NTPC Limited 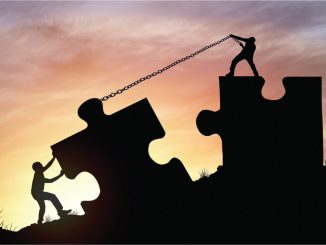