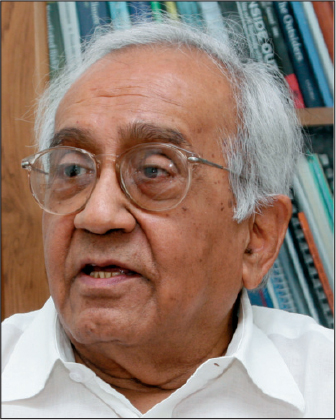 The major use of coal in India is for running power plants. What are the implications for coal of a dramatic reduction in the cost of solar power and battery technology as is expected by many experts? Would this make coal-based power generation economically less attractive? Also, coal faces serious challenges owing to local air pollution due to emissions of particulates, SOx, and CO2, and the displace­me­nt of people and land degradation due to mining. Can clean coal technologies help? Table 1 shows the energy re­sour­ces of India.

If coal production keeps growing at 5 per cent per year, we co­uld run out of coal, including coal from indicated and inferred reserves, in less than 40 years. Details of coal use in different sectors are given in Table 2. 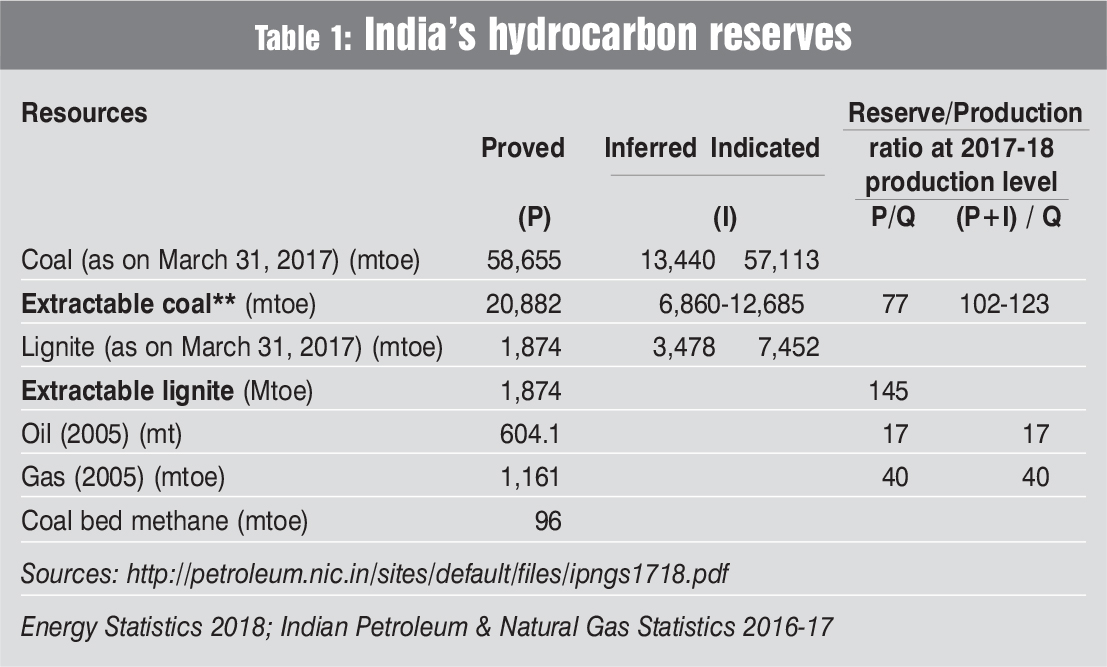 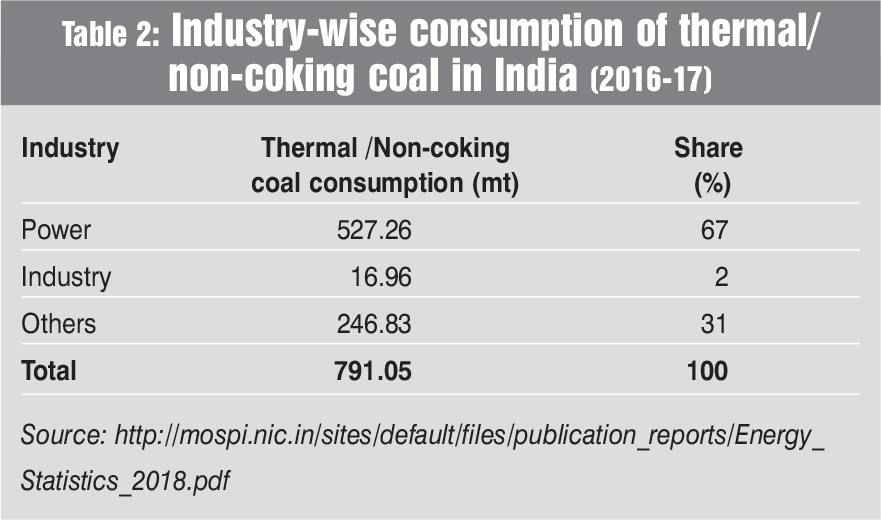 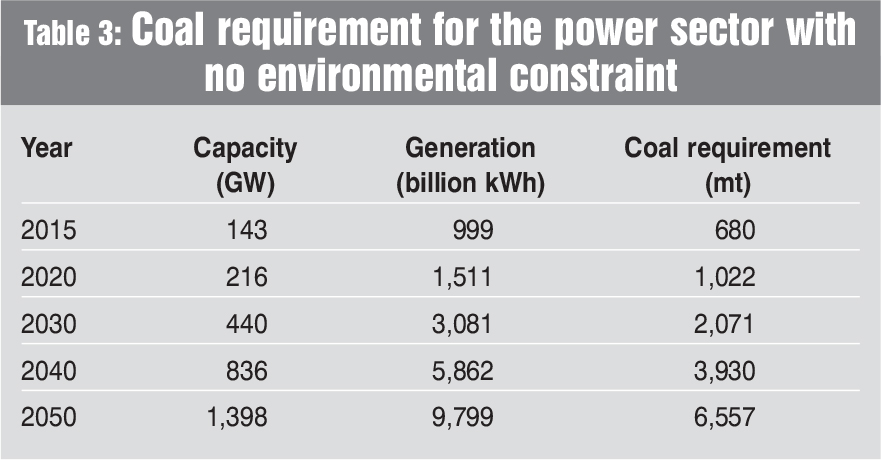 Table 3 shows a projection of the requirement of coal in the power sector without any consideration of environmental concerns and gives us an upper bound of the am­ount of coal that the power sector would need in the future. The proj­ection has been made with a multi-sectoral in­ter-temporal activity analysis optimising model with coal efficiency impro­vement at 1 per cent per year and only su­percritical plants. The projected requireme­nt is huge and cannot be rea­lised unless the environmental issues are addressed.

The government already requires that coal plants have modern electrostatic precipitators (ESPs). One needs to make sure that these precipitators trap particulates of 2.5 micron size. This will involve some retrofitting of old plants and additional investments in new plants.

Controlling SOx and NOx emissions requires flue gas desulphurisation (FGD). Also, selective catalytic reduction (SCR) can help clean up plants further. This technology is somewhat more expensive. Nevertheless, coal-based power may still re­main competitive with other energy alternatives. In our model scenario, we have explored the role that FGD and SCR can play in a multi-sectoral inter-temporal optimising model that considers various alternative power technologies and optimises investment and the operating costs of power production with a 40-year horizon. Table 4 presents the characteristics of the different plants considered. 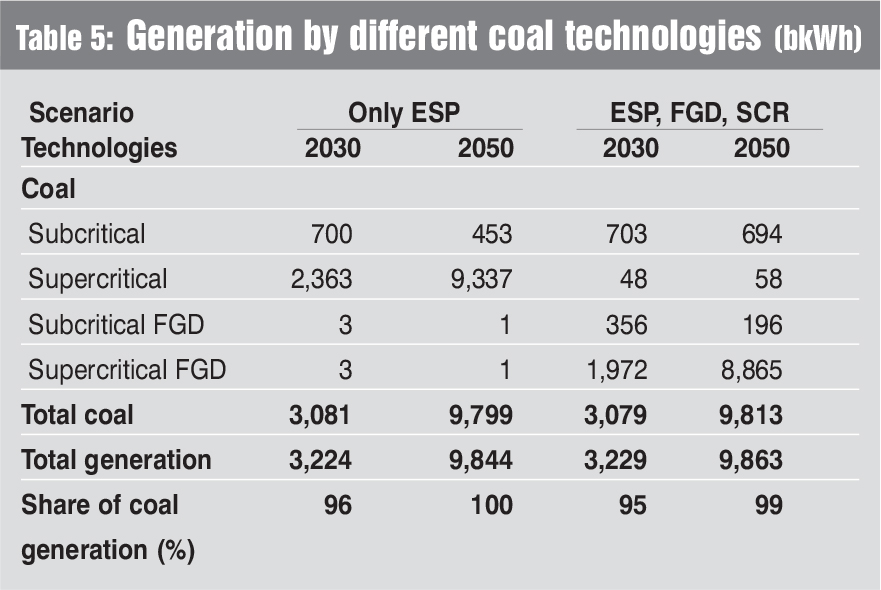 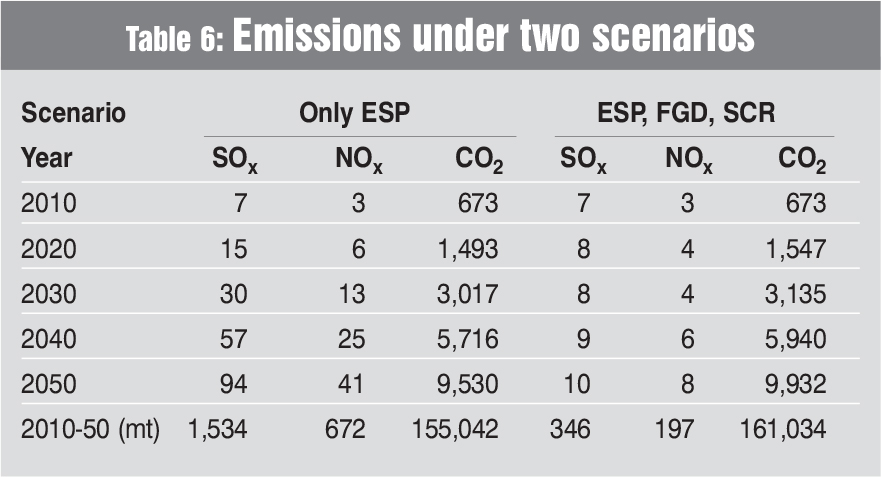 Table 7 shows the cost in terms of gross domestic product and private consumption. It shows that SOx, NOx and particulate emissions control does not involve any significant cost to the economy. However, to limit the levels of CO2 emissions, we need to explore the role of carbon capture and storage (CCS). 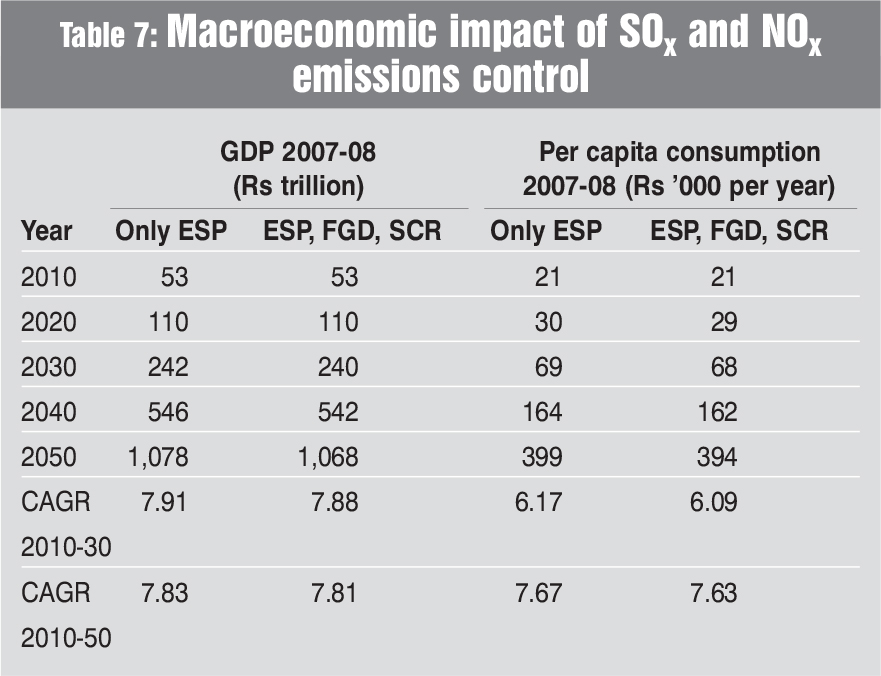 We consider the CCS technology of supercritical pulverised coal (PC) boilers with MEA-based CCS. In this scenario, CO2 is captured after the combustion of coal (or other fossil fuel) using the ab­sor­p­tion of CO2 over a solvent such as MEA, which is then ex­posed to higher temperatures where the CO2 is stripped off from the solvent. Table 8 presents the technological and cost details of CCS technology. 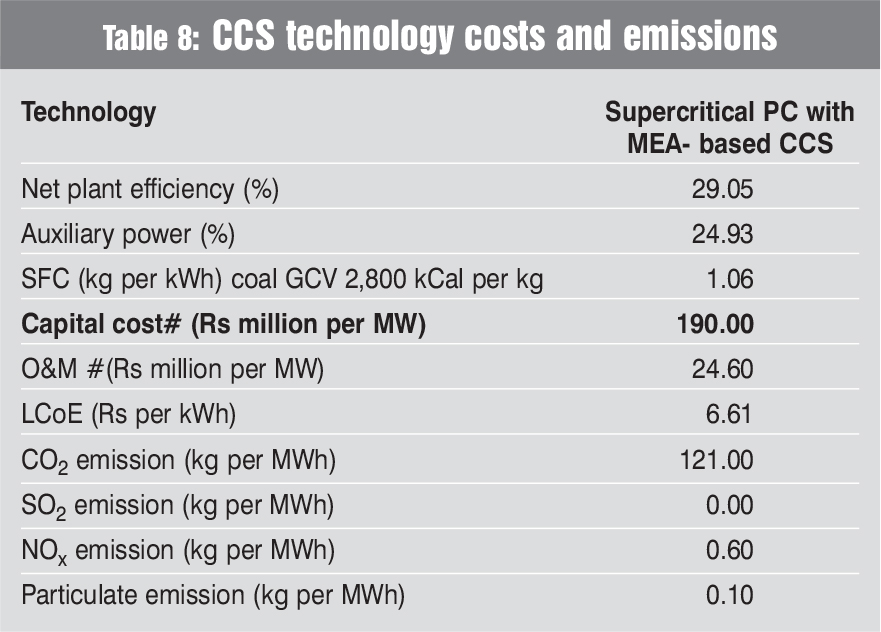 We develop two scenarios where the total CO2 emissions over the period 2010 to 2050 produced by India are given by 133 GT and 156 GT. These are arrived at by allocating the global carbon budget to different countries, based on its population in 1990 and 2010. The two scenarios with the carbon budget (CB) are as follows: 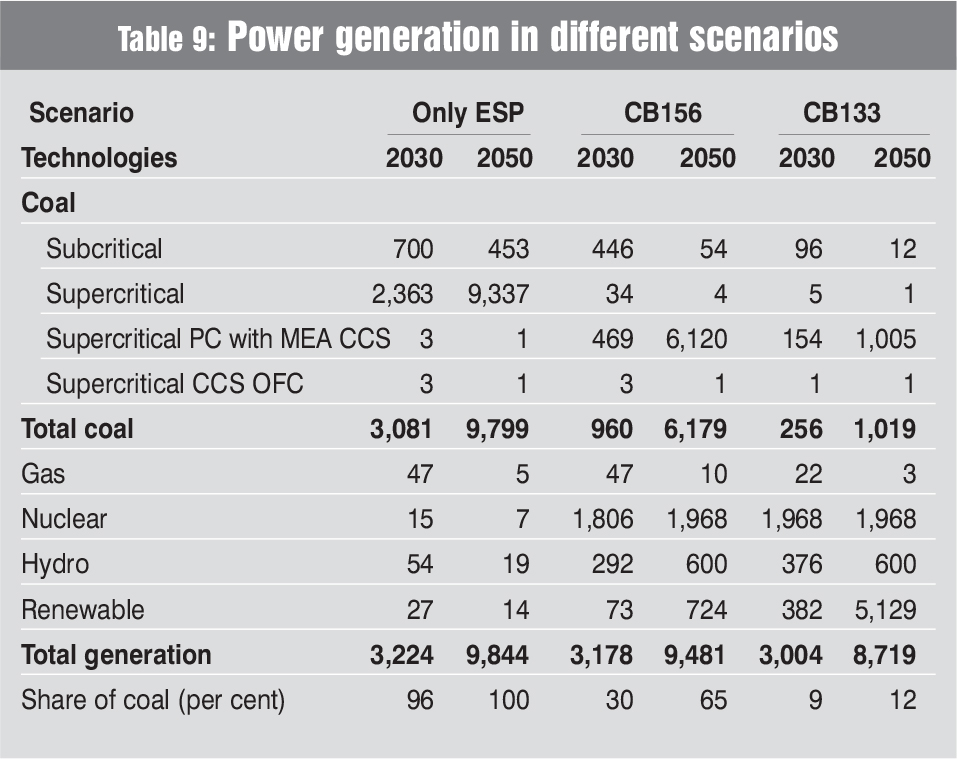 In CB156 GT, coal accounts for 65 per cent generation in 2050. However, in CB133 GT, coal power generation is only 12 per cent. This shows that it is cheaper to go in for nuclear power, hydroelectricity and renewables than CCS. 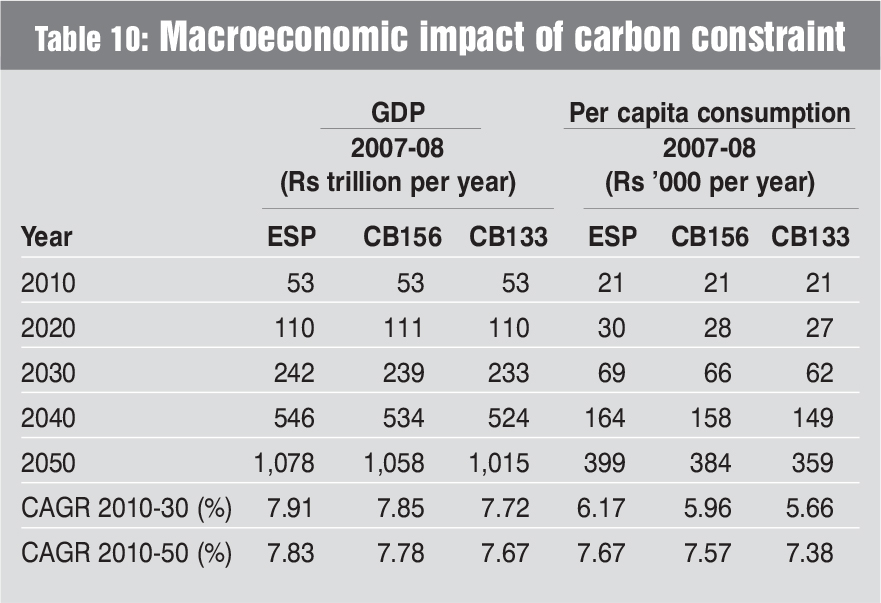 Impact of a steeper decline in renewable energy costs 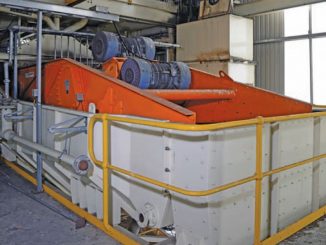 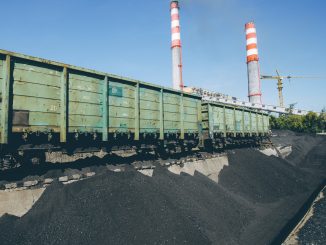 June 9, 2018
The Ministry of Coal (MoC) has released the methodology for the rationalisation of coal linkages for independent [...]
More 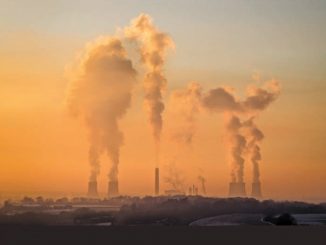