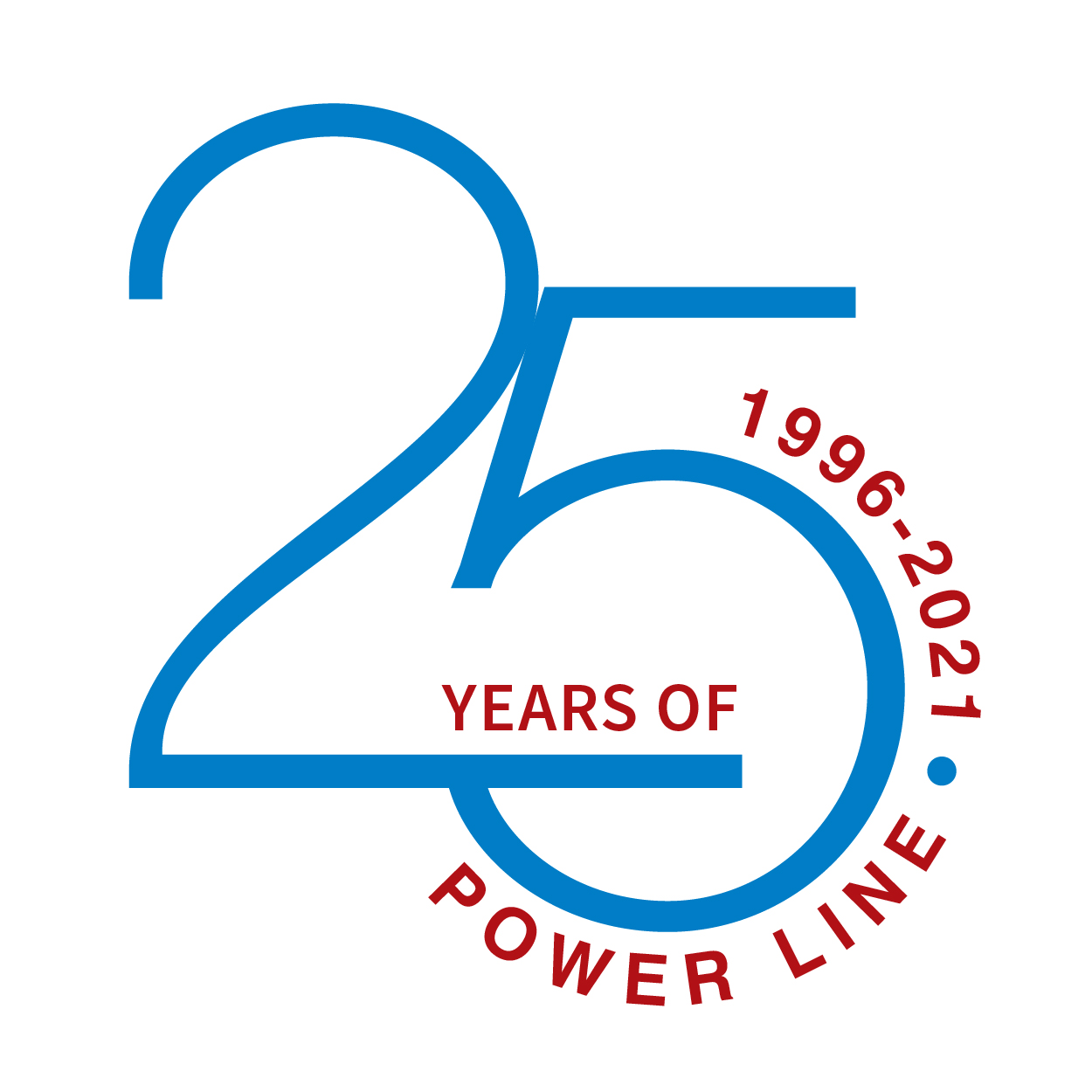 That’s where it all began. A modest suite in the heart of the capital, which was Power Line’s first office, the headquarters where all the action was taking place. The infrastructure was sparse but functional: four computers, one table, two phone lines, one fax machine and a round “conference” table. A princely staff of seven and one photographer, Palleejee, who sadly is not amongst us any more, were busy giving shape to a magazine for the power sector.

No one was really talking about the power sector at the time. No one, certainly, had a whole magazine dedicated to it. But Alok, sensing the pulse of the moment and the information gap, decided to attempt to fill it. The first issue of Power Line rolled off the press in September 1996. Soon, the monthly had carved a niche for itself, and people in the industry were talking about it. Good things mostly.

That was the first magazine from the India Infrastructure Group. More followed and we grew in size and in presence. To­day, we have a stable of six magazines, as well as a dozen annual reports on the sector. From pure print, we are now present on every platform – digital, ezine, social media (although I still confess a bias towards print). We have expanded our footprint to video as well with PowerLineTV. Now, with the Covid pandemic, we have gone further down the virtual path, transforming our conferences to webinars and embracing Zoom, Webex, and their ilk. We have also stepped into new geographies: Southeast Asia, Africa, Europe, USA, Latin America.

In parallel, the power sector has been growing too, transforming and evolving. And I am happy to have had a ringside view of these revolutionary changes.

There was a time, around the turn of the millennium, when our stories talked only about the mess that the sect­or was. There were challenges at every turn: power shortages were the norm; load shedding was de rigueur. Ge­tting a power connection was an uphill task, power theft was rampant, and discom losses were through the roof.

But slowly, change had begun. The Electricity Act, 2003, ar­gu­ably the most important piece of legislation in the sector, was one major turning point. This landmark act attempted the unthinkable – to unbundle the state electricity boards and bring in competition and choice. It sought to tame theft, root out inefficiency and reform distribution.

Capacity also started being added frenetically. There was a shift from subcritical units to supercritical units, and the transmission network moved to higher voltage levels. In 2013, the southern grid was connected, creating a synchronous national grid. Alongside, the electricity markets started to take shape with the setting up of the power exchanges.

Over the years, India’s installed generation capacity has ramped up considerably, more than quadrupling from 84 GW in 1996-97 to 388 GW today. From a power-deficit country, we are now power surplus.  And almost 100 per cent of households have been electrified.

Talking of change, the conversation in the power sector has altered perceptibly. Green has become the new flavour of the day and renewables, the new talking point. From mega and ultra mega power projects, the conversation has moved on to ultra mega solar parks and wind farms. Solar tariffs have plummeted from Rs 17 per unit to a very competitive Rs 2. And the installed renewable capacity has crossed the 100 GW mark. Now, even as the country pursues its green energy commitments 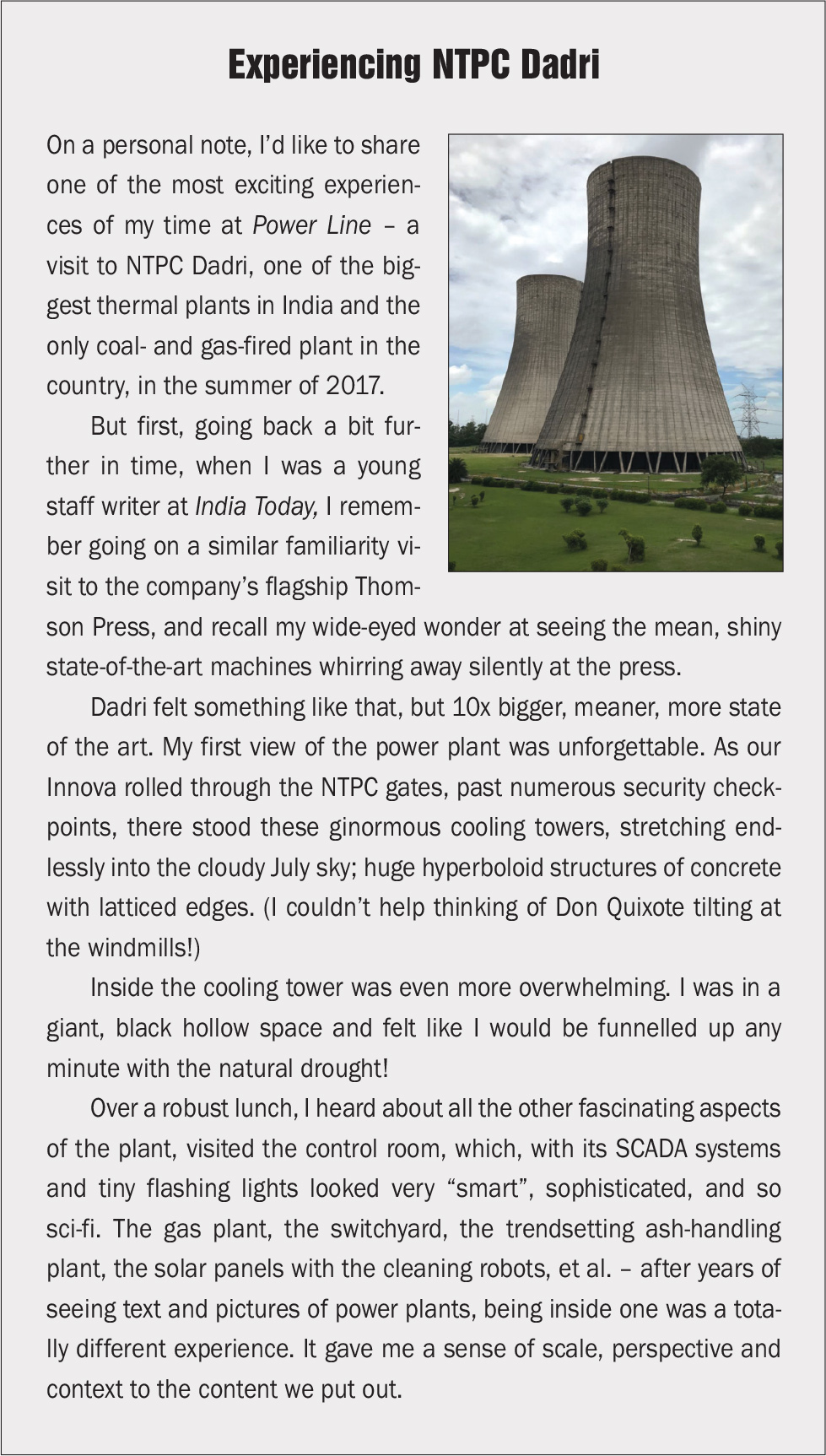 and its ambitious target of 450 GW of renewables by 2030, the sector is pivoting towards green hydrogen.

Mean­while, the debate too has shifted. If our earlier stories discussed the need for more coal, recent ones debate the merits of its being phased out. New concepts of prosumers and bidirectional energy flows have come into the parlance. We are also talking EVs, vehicle-to-grid, energy storage systems, flotovol­taics, drones, robotics and automation.

Power Line has captured all these big shifts in the industry and played an instrumental role in highlighting, debating and analysing the issues that matter. We have tracked important trends and featured the people who created them. Reiterating this, Suresh Prabhu, former power minister, noted in a recent in­terview with us, “Power Line has played a pivotal role in shaping public opinion by explaining to people the complexities of the sector and the necessity for reforms.”

Power Line’s story would not be complete without a mention of how it has fought through the pandemic, and survived. Th­rough the rough and tumble of 2020-21, we have continued our coverage of the sector faithfully each month.

The next 25 years promise to be as exciting as the last 25 have been. EVs, smart charging and battery energy sto­rage systems, and Industry 4.0 technologies such as machine learning, artificial intelligence and robotics are all set to change the world as we know it, making systems and processes more agile, intelligent and efficient. I look forward to being a voice of this change.

It’s been a fun few weeks creating this 25th Anniversary special edition – flipping through old Power Line issues, leafing through pages of stories, poring over grainy pictures (which were terribly hard to come by in an era of no Shutterstock, no images off the internet). There’s also, of course, been a tinge of nostalgia as we relived Power Line’s past.

Before I sign off, I’d like to say a very special thank you to all the talented people who have been associated with us and helped make Power Line what it is today – a voice that counts in the power sector.

Snapshots of the Past
Power Line’s celebrations over the years

September 18, 2021
Power Line’s journey over the past 25 years has been rather eventful. We have had several occasions [...]
More 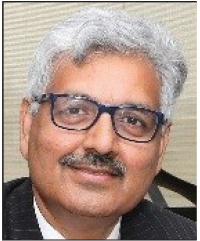 September 25, 2021
NHPC Limited, the largest hydropower developer in the country, has played a pivotal role in the sector [...]
More

25 Memorable Covers
Power Line covers we are proud of