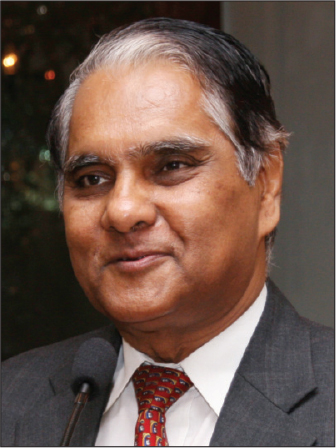 During the month of August, 2021, I had good opportunities of participating in two important Webinars on issues concerning problems in the Electricity Distribution Sector in India which are creating a very ad­verse impact on the entire power supply chain from fuel to power ge­neration, to transmission and ultimately to a financially unsustainable distribution segment.

The first Seminar, held on 10th August 2021, was organised by TERI where I delivered the Inaugural Address and also chaired the Panel Discussion. The theme was “Resolving the Crisis in Power Distribution in India”. The second Seminar was organised by India Energy Forum, on 27th August 2021, which was Inaug­u­rated by the Power Secretary, Government of India, where I gave the Presidential Address and also coordinated the discussions after a few Expert Presentations. The theme was “Reform Based and Results linked Distribution Sector Scheme of Ministry of Power”. I propose to briefly highlight, in this paper, the gist of what I could cover in both these Seminars.

The TERI Discussion Paper, which formed the basis of the Seminar, looks at the reform efforts in Distribution over the last se­veral years and attempts to explore the possible way forward to address the challenges in Distribution. It brings out that, during a fifteen year period of 2004–2018, the accumulated loss of the Distribution business in different States has been as high as over Rs 5 lakh crores. There could be many issues in the Dis­tri­bu­tion sector which could fall into the category of technical in­a­dequacies, poor quality of consumer services, and serious gaps in governance, etc., but the crisis which the title of the TERI di­scussion paper highlights as “Crisis in Power Dis­tribution” re­fers to the Financial Crisis which makes the working unsustainable.

The Electricity Distribution Sector in India is primarily managed by the State Government controlled Distribution Com­panies – earlier these used to be State Electricity Boards – and the role of the private sector is only marginal, may be less than 10 per cent. While the Electricity Act, 2003, which replaced the erstwhile Electricity Act of 1910 and the Electricity Supply Act of 1945, did open up scope for generation and transmission which got implemented, the provision enabling scope for major institutional and structural changes in Distribution has, by and large, re­ma­in­ed unimplemented. It cannot be denied that Distribution Companies replacing Electricity Boards have come of age, and in many States there are good examples of visi­ble improvements in various performance parameters including their financials, in a large number of States efforts as well as outcomes have been much less than the sector could expect in order to be financially sustainable.

Regulatory Commissions were set up with the objective of distancing commercial issues, such as tariff, from political compulsions, so as to bring about major changes in the business-as-usual approach, and to prescribe and ensure a cost reflective tariff regime. The expectation was to aim at getting rid of distorted cross subsidies and providing a tariff structu­re gradually evolving into a manageable profile, so that while on the one hand, the needs of a certain cross section of con­sumers are met and, at the same time, economic activities in industry and tra­de do not get over burdened with high cost of power, an objective which has remained almost completely unimplemented. There were misaligned political incentives, lack of regular tariff revision to adequately take care of ever increasing cost of input po­wer, and complete disregard, by many States, of their obligations to pay for even government declared subsidies to the Distribution Companies. Besides, several government departments also default on payments to Discoms for power suppli­ed to them. It is relevant to mention that these payments, whi­ch are overdue, as brought out in the TERI Discussion Paper, amount to more than Rs 1 lakh crores. The mounting regulatory assets – an instrument which was conceived and created by some of the Regulatory Commissions, Coal Cess, and Increa­sing Railway Freight for Coal have been some of the other major factors affecting the financials of Discoms. Rural power supply in most states has proved burdensome despite provision of subsidies borne by governments.

In many States however, not only in rural electricity supply, but also in towns and cities, the Aggregate Technical and Com­mer­cial (AT&C) losses continue to be excessively high – in the range of 20 per cent–50 per cent, causing huge financial losses.

A Report on “Turning around the Power Distribution Sector” by RMI (Rocky Mountain Institute of USA) and NITI Aayog, in August 2021 has brought out the issues and problems in Elec­tricity Distribution comprehensively. It also details some of the initiatives that have been taken. But, this Report falls far too short on conclusions and recommendations. It does not bring out what really needs to be done in terms of institutional refor­ms more than merely mentioning the existence of Fran­chisee and PPP, etc. What is expected from such studies is a forthright and specific set of recommendations and the way forward.

It is the financial sustainability issue that is standing in the way of 24×7 power supply throughout the country and not the issue of availability of power, nor even the issue of transmission capability. The urgent need is to fix distribution to achieve this objective.

A very interesting observation was made during the panel discussion in the TERI Seminar about the failure of Discoms in ensuring reliability and quality of power supply. The thrust of the comment was that attention to this aspect should be accorded higher priority than emphasis on tariff. My response was that it was indeed a valid observation; however, sound financial health of Discoms was essential for providing quality service. I recalled my association, during the early nineties, as a Member of the Delhi Power Supply Task Force, set up by the Go­vernment of India, when the Distribution Transformer Failure rate in DESU (Delhi Electricity Supply Undertaking), the earlier name of Delhi Vidyut Board, used to be of the order of 25 per cent, and funds problem made the task even more challenging. A bankrupt entity cannot provide adequate service to customers. There is no doubt that quality of service is also dependent on the skill of the workforce and their attitude toward this vital obligation toward customers.

The recently notified Reform Based and Result Linked Distri­bution Scheme announced by the Ministry of Power was discussed in the Webinar on 22nd August 2021. The Gist of observations that I made include the following:

While introducing further privatisation, franchisee, or JV with central public sector undertakings, care needs to be taken to see that these well intentioned initiatives do not fall into debates whether the public sector is good or the private sector is good. The narrative has to be properly conceptualised and disseminated.

One of the long-standing wishes of the power industry has been to make the distribution segment self-sustainable by streamlining subsidies and introducing a direct benefit transfer (DBT) mechanism. Rightly so, the total subsidy dependence of […]

Transformers are critical equipment for any transmission and distribution (T&D) utility, and play a key role in ensuring consistent electricity flow ac­ross long distances. India’s transformati­on capacity has registered a steady inc­rease over the years […]

Having reached a situation where the demand–supply gap has narrowed, the focus now is on reliable and quality power supply. A crucial element of a modernised grid, this is increasingly becoming a key area of […]