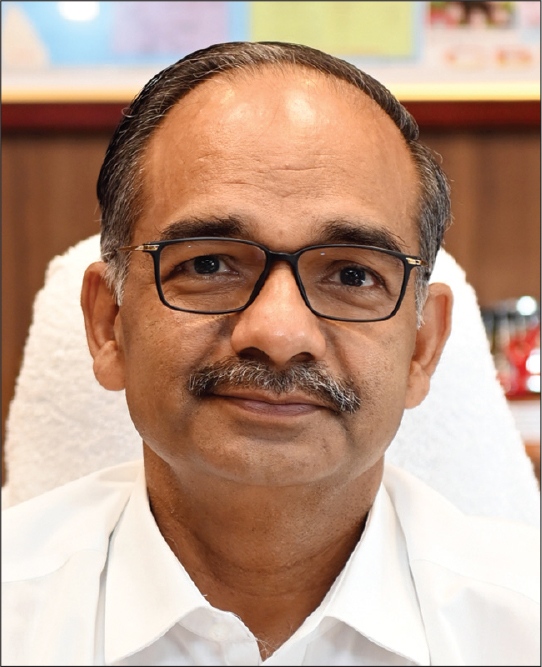 The power sector has achieved several important milestones over the past few years, including universal electrification and a single unified national grid. It has also taken rapid strides on the renewables and energy efficiency fronts. While the financial health of disco­ms is an area of concern, the Ministry of Power is optimistic about turning them around with the latest Revamped Distribution Sector Scheme (RDSS). In an interview with Power Line, Alok Kumar, secretary, Ministry of Power, spoke about the progress in the sector, the key challenges and expected changes. Edited excerpts…

What, according to you, have been the biggest achievements in the power sector over the past 25 years?

The sector’s transformation has mostly happened in the last seven to eight years. Efforts were made for capacity addition, village electrification and household electrification, but a lot of ground remained to be covered. In the last seven to eight years, we have transitioned from shortages to adequate capacity and good supply. This is reflected in terms of our hours of supply, which have increased from around 12.5 hours to nearly 22 hours in rural areas and almost 23.5 hours in urban areas in most cities. This has been possible not only by adequate capacity addition but also by the augmentation of the national grid, which is now “One Nation, One Grid”, and downstream by the strengthening of the distribution system through initiatives such as the Integrated Power Development Scheme and the Deendayal Upadhyaya Gram Jyoti Yojana.

The second biggest achievement has been universal access to electricity. When we started 25 years ago, a village was defined as electrified even if there were just one or two connections. Now, not only villages but each and every hamlet and every willing household has been given an electricity connection. This has been recognised internationally as well. The third transformation has been on the energy efficiency front. We have made big achievements in programmes such as Perform, Achieve and Trade, LED distribution to households, street light convergence, and standards and labelling of appliances. The list of achievements is very long, but these are a few of the major transformations that have happened over the last few years.

What are the biggest challenges in the sector?

There are two big challenges. The first is to make the power sector sustainable, that is, ensure the financial viability of distribution utilities. If that is assured, there will be no dearth of investment.

Secondly, we have around 388 GW of capacity in India, both fossil fuel and non-fossil fuel based, and this will increase to around 817 GW over the next 10 years. So, whatever we have done in the past 70 years or so, we are going to more than double that in the next 10 years. Another dimension of this challenge is that most of this capacity will come from renewable energy, for which you can set up a generating plant in about 18 months. However, adding tra­ns­mission lines takes two and a half to three years. Further, acquiring land is be­coming time consuming and urbanisation is increasing, so right of way for transmission has become more challenging than it was, say, 20 years ago. Therefore, buil­ding adequate transmission lines and transmission systems downstream will be the second biggest challenge.

“Large-scale penetration of energy storage technologies will be the biggest transformation in the next 25 years.”

What do you think will be the biggest changes going forward?

I would say complete viability of the distribution segment. I am sure we will be able to ensure that in the next five years with the new scheme. Thereafter, it will be an area that will require continuous work, but this will not be difficult once financial discipline is enforced, the discoms are turned around, and governance is improved. Another big transformation in the next 25 years will be the implementation of storage technologies. Going forward, every country in the world, including India, is going to de­pend more and more on non-fossil fuel sources of energy. These sources, primarily solar and wind, are intermittent and if you have a large penetration of these sources, storage of electricity at the grid level is critical. We have a few technologies such as battery storage that are very expensive but are commercially available. We are also talking about a hydrogen economy for storage. So, large-scale penetration of energy storage technologies will be the biggest transformation in the next 25 years.

What are the key objectives and expected outcomes of the RDSS?

The reform scheme is one of the interventions in the larger scheme of things. The discoms’ viability depends on two sets of parameters. The first encompasses operational parameters such as billing efficiency, collection efficiency, corporate governance and IT systems. The second set, which decides their viability, is outside their control – what the state governments and the state electricity regulatory commissions (SERCs) do or do not do.

The first challenge is that every year we should have a full cost-reflective tariff determined timely in a fair and transparent ma­n­ner without considering any subsidy. And then the state government has the discretion to give a subsidy to a set of consumers as it wants.  Thereafter, the subsidy should be accounted for on the basis of actual supply to those consumers. So there has to be transparency in the announcement, accounting, and timely payment of subsidies.

The second, bigger, challenge is the time­ly payment of government dues because a lot of energy is being purchased by the state governments, their departments, corporations, local bodies, etc. So these two as­pects, the payment of subsidies and government dues, are in the realm of the state government, and timely determination of full cost-reflective tariff, no regulatory assets, transparent accounting of subsidies and true-up every year, these are in the domain of the SERCs. This is the scheme of things in which we are pursuing various interventions. The new distribution scheme is one of them. There are three to four interventions that we have imposed – additional prudential norms for lending to discoms by the PFC and REC so that these actions (payment of subsidies and government dues) are ensured from the states and SERCs before further len­ding. The new scheme has an underlying ob­j­ective of ensuring 24×7 reliable and quality supply in a sustainable manner. The distribution system must be strengthened to meet the expected level of load growth. You need to have more substations, more feeders, etc. The scheme will fund system strengthening – It has a budget outlay of over Rs 3 trillion. But just giving this money will not suffice – we must enforce reform conditionality. There­fore, this scheme is unique in that the reforms are the foundation of the whole scheme and are central to the release of grants to the states. The flow of grants to states will stop immediately if their discoms are found not to be compliant with the reform roadmap every year. Our Ministry is also going to enforce discipline in terms of timely payment of dues to generating companies. We are in­vo­king tripartite agreements with the Re­serve Bank of India. The viability of the sector is most important.

What are the other top priorities,  both short and medium term, for the Ministry?

The Government of India has a role in coordination with the Ministry of Coal and the Ministry of Railways so that ad­e­quate fuel is made available. The short-term priority, is to build up adequate coal stocks, as demand is going to rise. It is not going to be easy, because coal production has its own cycle. It has a lean season in the monsoons, when we consume more coal. So, an important task in the short term, while we work on the re­forms, is to see that adequate coal stocks are built up in our po­wer plants. The second is ensuring grid discipline, which is very important, because in terms of difficulties, a lot of people tend to overdraw and the market gets overheated. So, we have to see that the grid functions properly.

New market reforms will also be laun­ched in the short term. We are going to laun­ch the green DAM as well as in­troduce the first stage of MBED, besides revamping the renewable energy certificate mechanism. We are also trying to delicense distribution through amendments to the Electricity Act, 2003. This is very important and we are hopeful it should happen. Another focus area is enforcing payment security and bringing spare capacity into the markets. A lot of our capacity is tied up in long-term power purchase agreements (PPAs). Th­e­re are circumstances where the PPA holder/discom does not need this pow­er; for instance, Punjab has a very seasonal demand pattern. We are going to bring in a very comprehensive legal framework to enable this spare capacity to be sold in the market when it is not re­quired by the PPA holder.

Another important initiative is green open access, a facilitative, definitive framework for developing the market outside long-term PPAs for green energy. We have notified the draft rules for green open access. In the mid-term, the most important thing is discom viability im­provement through the new scheme, and making our grid smarter for large-scale renewable energy penetration.