India’s electric vehicle (EV) and charging infrastructure market is gra­dually ex­­panding owing to adequate policy incenti­v­es, tenders by state and city au­tho­rities, initiatives by discoms and public se­c­tor undertakings to set up charging stations, and the drive of private developers and technology providers to promote electric mobility in the country. As per  estimaties of the World Busi­ness Council for Sustainable Develop­me­nt (WBCSD), India has about 3,200 charging points, set up in 2021, and this number should inc­re­a­se more than 600 times to meet the ex­pected charging demand by 2030.

However, India does not have any proven business models for EV charging and it still needs to develop a mature market for the growth of electric mobility. While a few models have been tried, such as the public-private partnership (PPP) model or the discom-anchored model, the utilisation rate at public EV charging stations remai­ns quite low. In fact, many private charging station developers prefer to go for ca­p­tive charging systems or tie up with corporate fleets to ensure continued reven­u­es. Thus, a host of policy interven­ti­ons, con­­sumer awareness drives and vi­able business models are required. While initial steps have been taken in the right di­rection, much more needs to be done to promote the growth of EVs and a sustained ecosystem.

Against this backdrop, Power Line presents the key developments in the EV ch­ar­ging space in the past one year, and hi­ghlights the major issues and the way forward for this emerging sector…

With the Faster Adoption and Manufac­turing of (Hy­b­rid &) Electric Vehicles (FAME) I scheme not being entirely successful in creating the expected pace of electric mobility development, the government introduced FAME II in April 2019. Initially, FAME II had a sanctioned budget of Rs 100 billion for three years (2019-20 to 2021-22). However, it has be­en extended for a period of two years up to March 31, 2024 to enable growth in the EV space through increased demand incentives for two-wheelers. The incentives have been in­creased to Rs 15,000 per kWh from Rs 10,000 per kWh and the cap has been hiked from 20 per cent to 40 per cent of the cost of the vehicle to bring the cost of electric two-wheelers at par with that of internal co­mbustion engine two-wheelers. As of July 2021, FAME I and II have suppo­r­ted 0.371 million EVs, with a total incentive of Rs 6,340 million.

States have also been quite active in promoting EV uptake and at least 18 states have released EV policies (final as well as draft) till now. More are expected to be la­unched soon. In fact, five states – Me­gha­laya, West Bengal, Gujarat, Odisha and Maharashtra – have released their final EV policies in 2021. Along with in­dicative targets, most of these state policies have direct and indirect incentives such as capital subsidy, land allocation support, waiver of taxation and registration for promoting the electric mobility eco­system in their respective states. In another intervention, the Uni­on cabinet appro­ved the Rs 181,000 million Na­ti­o­nal Pro­gram on Advance Chemistry Cells Pr­o­duction Linked Incentive Sche­­me for battery manufacturing and storage in May 2021. This programme will enable technology advancements and cost reductions in the battery space, whi­ch will ultimately also help drive EV adoption in the country.

While government agencies are responsible for the launch of tenders and the ad­option of policies and programmes, the electricity regulators set the requisite tariffs for EV charging in their respective sta­tes. Power utilities also have a significant role to play as they supply power for char­ging EVs and manage their load demand accordingly, and they can adopt the role of aggregators in their regions to set up EV charging infrastructure. Discoms such as BSES, Tata Power, Bangalore Elec­tri­city Supply Company Limited (BESCOM) and Adani Electricity have been making significant efforts in their jurisdictions to ramp up EV charging. To meet the inc­reasing demand for charging infrastructure, these city and state agencies have floated various tenders for setting up ch­arging stations.

Delhi has been one of the most ac­tive states in promoting EV uptake th­rou­gh tenders and collaborations. For instan­ce, in February 2021, Delhi Transco Limit­ed in­vited bids from private agencies to set up and operate 500 EV public charging points across 100 public locations in the city. Then, in July 2021, the Delhi government announced a tender to select vendors to set up charging stations for EVs in spaces such as shopping ma­lls, theatres, multiplexes, departmental st­o­­­r­­es, hospitals and residential areas. Fur­ther, in October 2021, Delhi discom BSES tied up with an Indian start-up, Kazam, to provide around 30,000 EV charging stations over the next three years and the North Delhi Municipal Corporation announced its plans to set up 50 EV charging stations over the next six months.

Tenders and collaborations have also been announced by governments and lo­cal authorities (mainly power utilities) in a few other states and cities to scale up EV ad­option. For instance, in September 2021, BESCOM announced plans to set up 140 additional EV charging stations ac­­ross Be­n­galuru over the next six mon­ths to boost EV usage in the city. Then, in Oc­tober 2021, the Kerala State Elec­tricity Bo­ard in­vited bids for the supply of 200 EVs and 1,000 special purpose EVs alo­ng with the setting up of charging stations for comme­r­cial operation. In Sep­tember 2021, Ad­a­ni Electricity Mum­bai Limited (AEML) an­n­ou­n­ced a partnership with Yulu, a Ben­galuru-based e-mobility servi­ce pro­vi­der, to have 24-hour access to ba­tt­ery ch­arging and swapping acc­ess acro­ss multiple points in Mumbai. Yulu plans to install over 500 charging stations at AEML premises in the next 18 months. Fu­rther, the Nashik Municipal Corpo­ra­tion has disclosed plans to set up at least 20 EV charging stations for both 2 W and 4 W, and Bhubaneswar Smart City Limi­ted has initiated the process to set up EV stations in the city in PPP mode.

The EV ecosystem comprises several pla­y­ers including industry, service providers, automobile manufacturers, corporate es­tablishments, as well as government age­ncies and power utilities. All these players have been actively working through tie-ups and collaborations in different capa­cities to promote EVs and the related eco­system. The emerging opportunities in the Indian EV segment have led to the entry of many technology providers and charging infrastructure developers such as Magenta, Fortum, Exicom and Volttic. Many of these players have tied up with va­rious PSUs such as Convergence En­ergy Services Limited (CESL) – a subsi­diary of Energy Efficiency Services Limi­ted, NTPC and Indian Oil Corporation Li­mi­ted (IOCL), which have announced their plans to implement EV charging stations on a massive scale across India.

In September 2021, IOCL floated a tender in two categories to empanel vendors to develop solar projects at its locations and retail outlets across India. As of Novem­b­er 2021, IOCL is planning to set up EV charging infrastructure at its existing fuel pumps. It will install EV charging facilities at 10,000 fuel stations over the next three years. An­other oil and gas major, Hindus­tan Pet­ro­leum Co­r­­poration Limited has announ­ced pl­ans to commission 5,000 EV charging stations over the next three years.

Automobile manufacturers across the globe and in India have been quick to ju­mp on to the EV bandwagon, with im­pre­ssive commitments and initiatives. For instance, MG Motors India has partnered with Fortum and Tata Power to set up su­perfast charging stations. Similarly, Hero Electric has signed an agreement with Ma­ssi­ve Mobility to develop 10,000 EV ch­argers. TVS has entered into a stra­tegic partnership with Tata Power to drive the implementation of EV charging stations across India.

Corporate establishments including deli­very fleets, real estate players and even the hospitality industry have decided to go down the carbon-neutral road and promote electric mobility. For ins­ta­nce, in Au­gust 2021, food delivery service Swi­g­gy si­gned an agreement with Relia­n­ce BP Mobility Limited to build an EV eco­system and battery swapping stati­ons for its delivery partners across In­­dia. Real estate developer the Lodha Group has tied up with Tata Power to pro­vi­de EV charging in­frastructure at its residential and commercial projects. Hotel chain Ma­rriott Inter­national has partnered with CESL to construct and operate EV charging infrastructure in its hotels.

The availability of EV charging systems is the most important factor in promoting the growth of EVs. Given that e-mobility is still a nascent market with limited char­ging infrastructure, there is range, time and so­cket anxiety among consumers. A dense network of chargers is needed to address the issue of range anxiety, along with fast charging systems and multiple technologies to address time and socket anxiety issues. Further, adequate grid connectivity and land with space for parking vehicles are other key considerations that ne­ed to be looked at for enabling EV char­g­ing infrastructure development.

EV sales currently do not contribute even 2 per cent of the total annual automobile sa­les in the country. Thus, for long-term gro­wth, public awareness needs to be bu­i­lt re­garding the benefits of EVs and the range of incentives available. Further, p­eo­ple should be info­rmed about the esta­blished charging station networks in their localities to give them confidence in buying EVs. This will help improve the cost economics of EV charging points and attract more private investments into the sector to enable the creation of a sustainable charging eco­system in the country. n 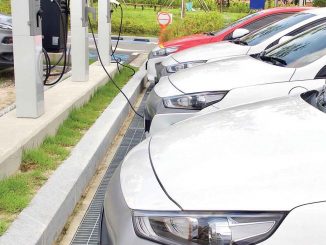 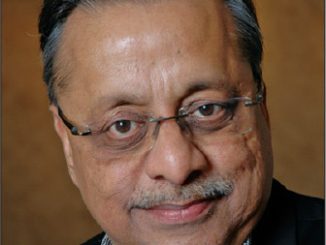 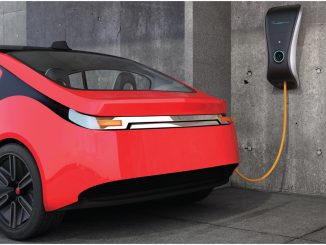 December 10, 2017
India’s commitment to its climate goals is reflected by the notable actions being taken for transition to [...]
More