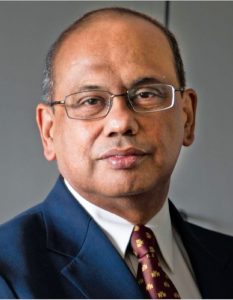 The International Solar Alliance (ISA), a collaborative platform set up in 2015 to enhance the deployment of solar energy technol­ogies for ensuring energy access and energy security, now has over 100 signatory countries. The alliance aims to support member countries in formulating enabling policies, developing pilots, facilitating financing and building capacity to further global solarisation. In an interview with Power Line, Dr Ajay Mathur, director general, ISA, shared his views on the progress in energy transition in India, the evolving global solar power landscape, as well as the ISA’s key focus areas going forward. Excerpts…

What is your perspective on the current state of the power sector in India?

We have come a long way in enabling a healthy power sector. As compared to the situation back in 2005, we now have a good mix of public and private players in the sector. There is much more private participation on the generation side th­ough less on the transmission side and even lesser on the distribution side. We also have a robust power market de­sign, especially in the power trading segment. We have day-ahead, term-ahead, round-the-clock and green pow­er markets, and recently we have even started cross-border power trading on the exch­anges. This has been made possible be­cau­se of the Electricity Act and its am­en­dments as well as progressive power regulators, who have worked for the benefit of the sector.

In the solar power segment, around 60 GW of capacity is on the Indian grid. The Ministry of Power as well as power ministries and electricity departments at the state level, and the regulators are working towards enhancing the solar power capacity through various policy measures. Overall, the country is moving in the right direction.

How would you rate the country in terms of energy transition in the past one or two years?

The country has set clear goals for energy transition and with time, these have ev­olved, crystallised and become more progressive. For instance, in 2015, we had set a goal of non-fossil fuel generating capacity of 40 per cent by 2030, whi­ch has now been enhanced to 50 per cent. India has set a target of a billion tonnes of emission reduction by 2030 and overall, the directional goal of rea­ch­ing net zero by 2070.

Developing countries have a very tall task ahead as they have to decarbonise their power sectors while power demand and supply are increasing. This is where I believe that the long-term global slide in renewable energy equipment prices and a shift to a transparent system of re­ver­se auctions for procuring power have helped. Curr­en­tly, wind and solar power are available in the system intermittently and coal-based power and hydropower are being deployed for balancing purposes. As the amount of solar and wind power in the system increases,  we will need to create energy storage solutions. Solar Energy Co­rporation of India Limi­ted’s recent tender of 1,000 MWh for battery energy storage is a step in the right direction. An­other important aspect is that the Indian Energy Exchange has now introduced the green term-ahead program­me, which will accelerate rene­wable en­ergy purchase.

What has been the progress under the OSOWOG initiative so far and what can we expect in the next one or two years?

The ISA, on behalf of the Ministry of New and Renewable Energy, has chosen a consortium led by French power utility Électricité de France SA (EDF) to explore the technical and economic viability of the One Sun, One World, One Grid (OSOWOG) initiative. As per EDF, the initiative is technically and economically viable and EDF is now working on desi­g­ning the actual routes to connect the re­gi­ons, and identifying the originating and terminating points between the two co­un­­tries. These countries will need to develop a regulatory framework to operationalise these interconnections in terms of voltage levels, payment mechanism, and charges. EDF is working on identifying the most important cross-border interconnections. This study is expected to be available by November 2022.

What is the expected impact of the Energy Con­servation (Amendment) Bill, 2022 on the sector? What are your expectations on the gro­wth of carbon credits?

The Energy Conservation (Amendment) Bill is a huge deal for many reasons. It bri­ngs large residential buildings within its pur­view, and this opens up huge in­ves­tment opportunities in energy effici­ency initiatives. By bringing in the residential sector, this amendment opens up one of the most amenable parts of the market.

Also, as per the amendment, companies that meet the energy saving targets under the Perform, Achieve and Trade (PAT) sche­me will benefit from additional savings either through energy saving cer­tificates or carbon emission re­duction ce­rtifi­cates. Earlier, energy saving certificates could only be purchased by entities that were a part of the PAT program­me. However, now the carbon emission reduction certificates can be purchased by a larger number of consumers beyond the PAT industries. This is imp­ortant as it starts the creation of a dom­estic market for carbon credits.

What are some of the biggest challenges in achieving the target of net zero in the immediate and long terms?

The Ukraine crisis has taught us that there could be future events that would pri­oritise energy security over energy transition alone. In most of the developing countries, energy security is the key issue. The part of the energy sector that is most impacted by the Ukraine war is gas supply. We do not use gas for producing power as it had been already priced out; domestically we do not produce enough, and international prices are high. How­ever, the Ukraine war driven price inc­re­ases will affect our fertiliser sector, where imported gas is being used and this, in turn, will have an impact on the food sector. The enhancement of domestic energy sources is important and solar and wind capacities need to continue growing. Coal-based power can support solar and wind energy until energy storage be­comes adequate to meet the 24-hour po­wer demand in the country.

Apart from this, the clean energy goals of several countries are being hampered by the impact of climate change. For ins­ta­nce, the heat wave in California has led to the electric vehicle targets being re­s­tricted. This means that we need to ma­ke resilient renewable energy systems as we move ahead. The other issue pertains to decarbonisation of the hard-to-abate sectors. To tackle this, in India, we have the Energy Conservation Act and the PAT scheme. It is important that we re­duce the amount of energy used, particularly in industry, as we move along. It is one of the key issues that the world nee­ds to focus on, to quickly move towards carbon-based fuels for the hard-to-abate sectors.

What are your views on the current climate finance scenario in the country? Where are the gaps and what are your recommendations for scaling it up, going forward?

In 2021, approximately $450 billion was in­vested in renewable energy sources glo­bally, of which around $200 billion was invested in the solar segment. Of this, 74.6 per cent was invested in OECD co­untries and China, and only 5 per cent was invested in Africa. This lays the problem bare. After a series of interactions wi­th investors to figure out why investme­nts are not happening in other countries (such as in Africa, which re­cei­ves the maxi­mum sunlight), we learnt three th­ings. First, there is a lack of confidence among investors to invest in these countries. Second, an investor would not be willing to invest in just one project in a country and, therefore, a pipeline of projects is necessary. La­stly, the time taken for approvals is very long, which leads to time and cost overruns. To overcome this, we must reduce the perception of risk associated with so­lar projects. We have seen investme­nts flow into India’s solar segment as we reduced the risks through auctions and through streamlining of power purch­a­se agreements. Of the $200 billion, ne­arly $8 billion-$10 billion was invested in India during 2021.

Going forward, the countries of the world need to create a risk mitigation me­chanism and a project preparation management fund. In addition to this, an investment fund of up to 10 per cent of the project cost must be provided by the developed countries or development banks. The loans must be provided on a no-profit, no-loss basis into a se­ed investment fund for the sector. Three funds, namely, a risk mitigation fund, a seed in­vestment fund and a project preparation fund, are needed to draw money into the countries where investments have been low in the past.

What is your outlook for the power sector going forward?

The outlook for the power sector is very positive, both globally and in India. In India, particularly, we are moving in the right direction. Private sector investme­nts are gaining momentum, and the policies and targets are progressive in nature. This enables real action on the ground. In addition to this, the country has a knowledgeable workforce, whether it is the utilities, the regulators, PSUs, the private sector or other bodies. There are an adequate number of professionals in the power sector as well as in research who are concerned about the future pro­blems. Globally, the geopolitical and climatic shocks have told us that we need to focus on resilience as well as renewable energy.

What are your top priorities at the ISA in the near to medium term?

One of the most important things is to enable finance, particularly in those me­mber countries of the ISA where we have not seen enough financing. The second goal is to work with various co-un­tries to develop policies for a sustainable energy future. Finding conver­gen­ces where solar and socio-political wins occur is the key goal of the allia­nce. I believe that projects lead to policies. If we are able to do demonstration projects in a number of countries that creates the likelihood of them being able to move to policies that attract mo­re new projects, whether for solar cold storages, solar water pumps or solarisation of healthcare facilities. Right now, we are working on demonstration projects in 27 countries.

The last thing I’d like to focus on is the diversification of the solar supply chain. The price of solar components has gone up from 22 cents per watt in 2020 to ar­ou­nd 32 cents per watt now. This is lar­gely because of supply chain constra­ints. If in the future we are to witness a fivefold increase in solar capacity, the su­pply chain choke points will only in­c­rease. Therefore, we must geographically diversify the manufacturing facilities across the world.