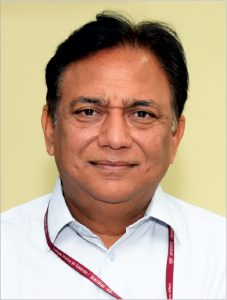 In a recent interview with Power Line, Dr Anil Kumar Jain, secretary, Ministry of Coal (MoC), shared his views on the performance of the coal sector and the outlook for coal demand in view of the growing prominence of renewables. He also spoke about the ministry’s priorities to bring in efficiency and sustainability in the sector. Excerpts…

How has the performance of the coal sector been in the last one year? What have been the major hits and misses?

The coal sector, in India and the world, has been beset with challenges in the past year or so. The Covid-19 pandemic has had an impact, given that coal mines are places where people work in close proximity with each other. Although this is an essential sector and must keep running, it could not perform to its maxim­um potential. During the delta wave of Covid in the first quarter of 2021-22, pow­er demand stagnated and subsequently, Coal India Limited (CIL) reduced its production. Coal cannot be stored for more than 45 days as it can combust. As on Ma­r­ch 31, 2021, CIL had a stock of 100 million tonnes (mt), which had earlier never exceeded 63-64 mt. Then this year, all of a sudden, there was a resurgence in power demand, which impacted the coal sector.

In terms of captive production, in 2014, captive coal mines were cancelled, and these were later awarded to captive consumers across the industrial and power generation segments. Given the gestation period of a coal mine, it took four to five years for these mines to start production. From 69 mt in 2020-21, captive production increased to 89 mt in 2021-22 and is expected to reach 140 mt in the ongoing fiscal year. Despite rising demand, im­po­rts have remained at the same levels this year as last year. While power ge­ne­ration has grown al­mo­st 10 per cent in the past year, there has been no increase in coal imports. The entire demand has been met by do­mes­tic production.

Imported coal-based power plants are a big disappointment. It is about time that we start thinking of converting those bo­il­ers to make them compatible with In­di­an coal. Their PPA prices are high becau­se of international coal price vola­tility and could become chea­p­er by us­ing In­dian coal. Currently, do­mestic coal-based plants have 25 mt of coal stocks of compared to 11 mt last ye­ar. Other than the usual coal imports for blending by some plants, further coal demand may be en­tirely met by domestic coal.

Due to the Russia-Ukraine war, coal pric­es have shot up, from $25-$30 per tonne to $100 per tonne. States that had power purchase agreements (PPAs) with impor­ted coal-based plants have refused to buy power from them. When imported coal-based plants slow down, the entire burd­en is transferred to the domestic coal-based plants of gencos and do­m­es­tic coal mines, and it is not possible to tra­­ns­­port dom­es­tic coal in large amou­nts to these pla­n­ts immediately. In this background, imports were sought for domestic coal-based plants and the production cost of electricity went up by Re 1-Rs 2 per unit and im­pac­ted the en­tire ­sector. This, coupled with the sudd­en surge in power demand, heavily burd­ened the coal sector.

In recent years, contracts for production in CIL have been han­ded out to mine developers and operators. Private companies are able to execute projects quicker and accrue greater yields. Coal mining blocks have also been auctioned in large numbers to private players recently. The institutional deregulation of the mining industry since 2012, inviting more private interest, has been a welcome development. With these measures and ongoing production levels, we are well on trajectory to achieve our target.

Since the introduction of commercial mining in 2020, 57 coal blocks have been auctioned. The captive mines auctioned to coal-based power plants (mostly state owned) during 2015 to 2020 have a production capacity of 250 mt per annum (mtpa). Other coal mines awarded to pri­­­­va­te players have a capacity of 150 mtpa, taking the total capacity (without SCCL and CIL) to 400 mtpa. SCCL has been witnessing declining yields and hence have started investing in and taking over mines in Odisha. They are ex­pected to produce 100 mtpa of coal production. Further­more, CIL will add 300-400 mtpa of capa­city in the coming years, taking the aggre­gate capacity to 1 bt or more by 2025.

What is your outlook for coal demand in the near to medium term? What is the expected demand from the power sector going forward?

From a simplistic demand-side viewpoint, India has ample demand. As far as coal is concerned, India can boost its coal supply. Chall­en­ges such as policy constraints and public sector inefficiency may restrain the sco­pe and pace of ex­pansion of coal producti­on; however, those issues have been sor­ted out to a large extent. There have been five tranches of commercial coal mi­ne auc­tions si­nce 2020 and each of those tran­ches has attracted interest fr­om genuine operators. Some of the inves­tors and bidding entities are Adani Enter­prises, Jindal Steel, and Vedanta Limited. There has al­so been aggressive bidding in the recent tranche of coal blocks, similar to the ag­gressive bidding observed last year. The level of competition and aggressive bidding for coal mining blocks are indicative of the growth potential of this sector. The change in the business environment is sy­mbolised by the fact that industry be­hemoths are now committing their mo­ney to the sector.

India’s demand for coal is set to rise giv­en that the country is projected to need around 28 GW of additional coal-based po­wer capacity by 2032. Hence, coal de­mand will continue to increase in abso­lu­te terms despite the share of coal-bas­ed generation declining in the total en­ergy mix owing to the increase in re­ne­w­able energy. As per the Central Electri­city Authority’s (CEA) draft Natio­nal El­ec­tricity Plan for generation, the domestic coal requirement is estimated at 831.5 mt in 2026-27 and 1,018.2 mt in 2031-32, and imports by plants designed on imported coal will be 40 mt.

Is there any appetite for coal given that renewables have taken centre stage in recent times?

Renewable energy is taking centre stage because of huge policy tailwinds such as a waiver of interstate transmission syst­em charges, imposition of renewable pur­­­chase obligations, and lower land ac­qui­sition costs. Additionally, renewable en­ergy-based plants do not have huge op­erational costs as, unlike coal-based ca­­­pacity, they do not require fuel. How­ever, these plants suffer from intermittency and ramping issues, which will ha­m­per round-the-clock (RTC) operation and will, in turn, sustain the dema­nd for coal-based capacity. I am not considering renewable energy-based storage as a viable alternative for grid stabilisation given that it is currently very expensive. The tariff per unit of variable renewable energy is understated on account of ig­noring the cost of operation and grid stabilisation during off-pe­ak hours, which would come to around Rs 4.50 per unit and raise the overall cost at present. Be­sides this, there is also a huge scope for increasing our per capita annual electricity consumption from the current levels of around 1,100 units.  Moreover, 1 MW of a solar power plant gives a capacity uti­­lisation factor of around 17 per cent while 1 MW of thermal energy gives a pl­ant load factor of around 60-70 per cent on an annual basis. There­fore, to generate the same amount of po­wer as 1 MW of thermal, 4 MW of solar plant capacity is required.

What are the top three priorities for the coal ministry?

We need to bring in sustainability in a big way in the coal mining and transportation process. In coal mining, the only bl­ame we suffer is the cutting down of tree cover. We have taken a call that we will not approve a mine that has over 40 per cent forest cover. We will appro­ve only tho­se mines that have forest cover of below 40 per cent. In fact, on the sustainability front, we have taken various other steps as well. We are auctioning mines th­at are lying closed currently after having been in operation but have residual coal reserves. The bidding round for such mines is under process. These mines already have forest cle­ar­ance but had to be shut down because of cost considerations. So, to increase India’s coal production, we do not want to cut down more trees. Further, we are placing hoppers for coal handling, which is being transported through trucks. Seco­ndly, we are focusing on bringing in operational efficiency in processes through better mechanisation and digital mining. For all processes, th­ere will be standards to bring in efficiency so that there is no theft or loss, and the transportation distance is the least so as to minimise costs.

The third priority is to bring in coal markets so that good coal gets rewarded and bad coal can be pushed down. We are trying to bring in a coal trade exchange. It will have forwards, futures and physical clearing, from multiple sellers to multiple buyers. Currently, we have trades only fr­o­m a single seller to multiple buyers and so there is no competition among the sellers. This platform will take around fo­ur to five years to mature.