Coal is a key source for meeting India’s power requirement, contributing about 80 per cent to the total generation. Its position in the Indian power sector is most likely to remain strong in the coming years as well. At the same time, coal-based power generation is also one of the largest sources of nitrogen oxide (NOx) emissions. The combustion of coal at high temperatures converts the nitrogen in the air and the fuel into NOx. NOx includes nitric oxide and nitrogen dioxide, which are some of the major air pollutants. They not only contribute to the formation of smog and acid rain, but also impact the ozone layer.

Until December 2015, there were no norms for the control of NOx emissions for coal-based plants. The Ministry of Environment, Forest and Climate Change then stipulated standards for NOx emission control for power plants. These range from 600 milligram per normal cubic metre (mg per Nm3) to as low as 100 mg per Nm3 depending on the commissioning date and size of the plant. As a result of these norms, NOx emissions have become an important consideration in the design of coal-based power plants.

Power Line takes a look at these norms, the challenges being faced by power plants and the technologies to achieve the emission targets…

The new standards are proposed to be implemented in a phased manner. All existing units have to meet the emission limits within two years from the date of publication of this notification that is, by December 2017. However, the plants commissioned after December 31, 2016 need to meet the standards right from the date of their commissioning. The new standards are expected to reduce the NOx emissions by 4.8 kg per MWh. This, in turn, will help improve the ambient air quality of TPPs.

Nearly two-thirds of India’s installed coal-based capacity comes from plants commissioned after 2003, and thus  these need to be upgraded as per the new NOx requirements. Meanwhile, the upcoming plants will be required to have supercritical technology and state-of-the-art pollution control equipment to meet the new standards. For older plants, especially those that are more than 25 years old, it does not make much economic sense to upgrade or install new equipment in view of the short time they may have to recover the investment. These plants should be able to meet the standards by renovation only.

NOx removal technologies can be categorised into two types – combustion and post-combustion. Combustion control methods reduce NOx production at the combustion stage itself by controlling environmental conditions for fuel combustion such as flame temperature, ratio of fuel and oxygen, and fuel residence time. These methods include installation of low NOx burners, flue gas recirculation, and adoption of over-fire air technology.

Some of these methods/technologies are discussed in the following sections…

Low NOx burners reduce the formation of NOx by altering the air-fuel mix. In a low-NOx burner, the initial fuel combustion occurs in a zone with more fuel and less oxygen to minimise NOx formation. This is the most basic and cost-effective control mechanism. A low-NOx burner retrofit can reduce NOx emissions by about 40-70 per cent, at an installation cost of $5-$10 per kW.

SCR converts NOx into nitrogen and water via chemical reactions that utilise ammonia (anhydrous ammonia, aqueous ammonia solution) or urea as the reducing agent with the aid of a catalyst. The catalyst used in the process can be based on titanium oxide, zeolite, iron oxide or activated carbon. It is seen that most of the coal-based power plants use a mixture of vanadium and titanium as the catalyst. However, the composition of the catalyst may vary depending on the requirements of each system.

The reducing agent (ammonia or urea) is typically injected into the flue gas stream after it passes through the economiser and before it enters the air heater. After the reagents are mixed with flue gas, the flue gas is passed evenly through the catalyst. In coal-fired power plants, SCR systems can be configured in three different ways. The most widely used SCR configuration is the high dust position. This configuration is especially used in plants with dry bottom boilers. Another configuration is the low dust position, which is somewhat costly as it requires electrostatic precipitators but causes less degradation of the catalyst by fly ash. Meanwhile, in the tail-end position, SCR is typically used with wet bottom boilers with ash recirculation to prevent catalyst degradation caused by arsenic poisoning.

The SCR process is temperature-dependent, which leads to a loss of reaction efficiency beyond the optimum temperature range of 300-400 °C. An SCR system, on an average, is capable of reducing NOx emissions by 80-90 per cent, at a cost of about $100-$200 per kW.

The main components of an SNCR system include reagent storage, multi-level reagent injection equipment and associated control instrumentation. In the system, the same reagents are used as in SCR – ammonia and urea. SNCR reduces NOx by injecting the reagent into the boiler furnace at locations where the flue gas is between 800°C and 1,200°C (depending on the reagent and the condition of operation). Temperature plays a critical role in SNCR, that is, if the temperature is too high, ammonia tends to decompose to produce additional NOx and if the temperature is too low, the reaction will not occur and result in wastage of the reagent.

Since SNCR does not require an expensive catalyst, it is much more economical than SCR. The cost of installing an SNCR system is usually around $10-$20 per kW. Further, it can be installed in a very short time, say within a regular plant outage schedule. However, the SNCR process can reduce NOx emissions by 30-50 per cent, which is much lower than the reductions offered by SCR.

While technologies controlling NOx emissions are available in the market, the investment required to install these technologies remains a key concern as it could lead to an increase in tariff.

Other challenges being faced by power plant owners in complying with the new norms include lack of sufficient knowledge or experience, space and payout constraints and limited availability of vendors to supply these technologies. Further, these technologies have not yet been proven for high-ash Indian coal. As a result, not much progress has been made towards the implementation of the new standards.

In view of these challenges, the need to extend the deadline to meet the new norms is being contested. The government has not taken any decision regarding the extension of the deadline. In fact, in March 2017 it reiterated that the power plants need to meet the new standards by December 2017, post which it will assess the level of implementation. In order to ensure that power plants meet the specified targets and do not miss the deadline, it may be useful if the government tracks the implementation progress made by plants. Further, it can announce the penalties for non-compliance. This may encourage the plant owners and developers to take the necessary steps for emission reduction. 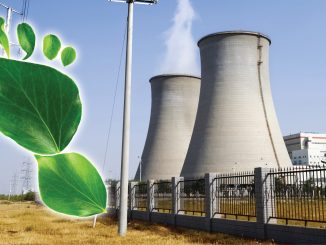 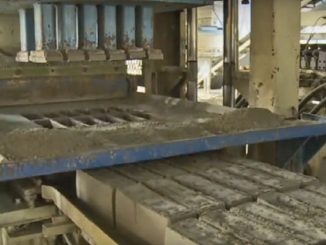 July 12, 2017
The country’s dependence on coal for meeting its energy needs has resulted in the generation of huge [...]
More