The government’s vision to provide 24×7 affordable and environment-friendly “Power for All” requires a revamp of the distribution sector. To this end, the government has launched several programmes, such as the Ujwal Discom Assurance Yojana (UDAY), the Deendayal Upadhyaya Gram Jyoti Yojana and the Integrated Power Development Scheme, which are aimed at achieving a financial and operational turnaround for discoms and increasing investments in distribution infrastructure. However, the deep-rooted problems of high aggregate technical and commercial (AT&C) losses, corruption involving suppliers and users, inadequate metering, poor recovery of dues and lack of consumer orientation continue to hamper growth. While some discoms, have shown better growth than the overall sector performance, a lot still needs to be done.

The Ministry of Power (MoP) and the Power Finance Corporation in collaboration with ICRA and CARE have announced discom ratings to incentivise discoms to improve their operational and financial performance, facilitate realistic risk assessment by banks and financial institutions and serve as a basis for central government assistance to discoms. Released in May 2017, the Fifth Annual Integrated Rating for State Power Utilities excludes power departments and private discoms. Key highlights of the latest ratings report… 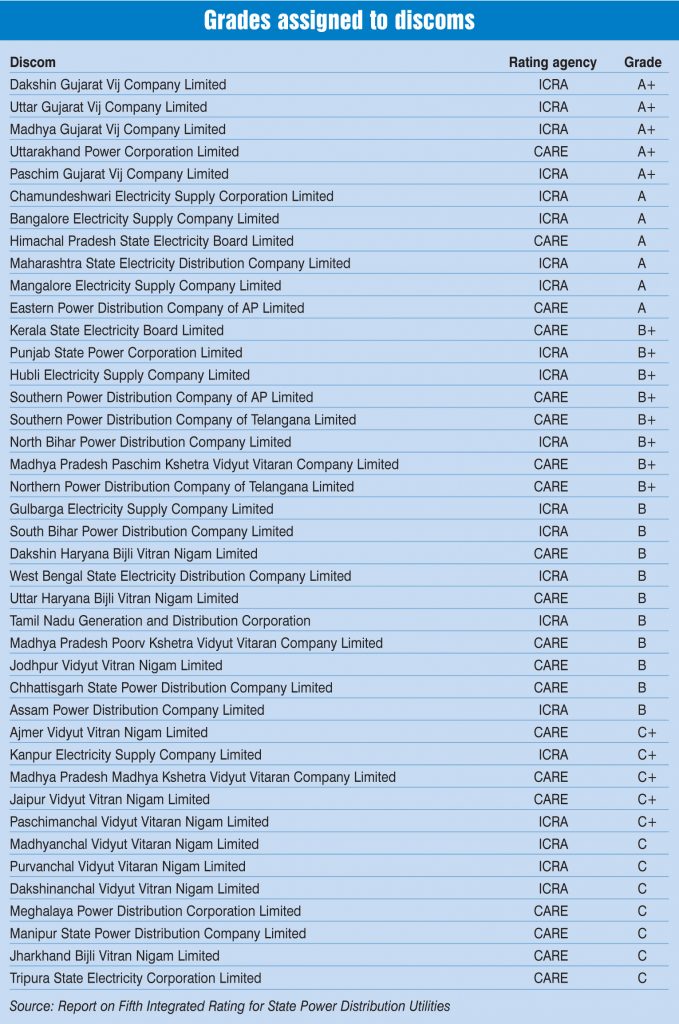 The ratings reveal varied performances. The impact of central schemes, particularly UDAY, is expected to reflect over the next couple of years, which would improve the overall sector rating. However, this requires the state discoms to fast-track reforms and improve their commercial viability and consumer experience.

Powering Up: Addressing the challenges faced by stressed coal-based projects

Telangana, which was carved out as a new state in 2014, has come a long way in the past three years. The state’s economy contributes around 4.28 per cent to the national GDP. The state […]

An Evolving Market: Trends and growth drivers in the cables and conductors industry

The development and strengthening of the country’s transmission and distribution (T&D) network has always been a key focus area. To this end, a number of government initiatives and programmes have been undertaken such as the […]