Jammu & Kashmir is highly dependent on local hydropower projects for meeting its energy needs as its transmission connectivity to the rest of the country is limited. At present, a single transmission line (Wagoora-Kishenpur-Pampore-Udhampur) connects the state with the national grid. This line passes through the Udhampur-Batote-Banihal-Pir Panjal pass, which is prone to snowstorms, landslides and other extreme weather events, which lead to frequent disruptions in power supply in the valley.

However, transmission connectivity between Jammu & Kashmir and the rest of the country is expected to increase significantly with the completion of major interstate transmission system (ISTS) projects such as the Northern Region System Strengthening Scheme (NRSS)-XXIX and NRSS-XVI, which are being executed by public and private players.

The intra-state transmission network is owned and operated by the Jammu and Kashmir Power Development Department (JKPDD). Although the state government had ordered the unbundling of JKPDD into distinct transmission and distribution companies in 2012, the separate transmission entity has not yet commenced operations.

As per Jammu & Kashmir’s Power for All document, the utility’s transmission network is estimated to comprise 3,354 ckt. km of lines and over 8,553 MVA of substation capacity (including under-construction projects under the Prime Minister’s Relief and Reconstruction Programme [PMRRP]), as of March 2016. As per the Central Electricity Authority, no addition of lines and substations has been undertaken by the utility at the 220 kV level in the past four years. Meanwhile, the interstate line length stood at 2,648 ckt. km and substation capacity stood at 3,465 MVA. Transmission losses stood at about 4.04 per cent in the Jammu region and 4.84 per cent in Kashmir region (2015-16 estimates).

Power Grid Corporation of India Limited is executing two key ISTS projects – NRSS-XVI and the transmission system associated with the Kishanganga hydroelectric plant (HEP). The 400 kV Kishenpur-New Wanpoh line (279 km) under NRSS-XVI is expected to be completed soon, while 220 kV lines connecting the Kishanganga HEP with Amargarh and Wagoora are likely to be completed by March 2018. NRSS-XXIX is being executed by Sterlite Power Grid Ventures Limited. The project will enable Jammu & Kashmir to draw about 6,000 MW of power, double the present capacity, from the national grid. The NRSS-XXIX project will strengthen the existing power transfer capability by 70 per cent and provide an alternative route for power transfer as well as increase the reliability of the grid. JKPDD has indicated a capex of nearly Rs 38 billion for the construction and augmentation of various lines and substations at the 220 kV and 132 kV levels, as per the tariff order for 2016-17. Overall, between 2018-19 and 2020-21, the utility plans to add over 2,000 ckt. km of new transmission lines and 3,445 MVA of substation capacity along with the associated bays. Some of the new 220/66/33 kV substations proposed to be constructed by the utility are Kathua II, Samba and Chowadhi (320 MVA capacity each), along with the associated transmission lines. Besides, steps have been outlined for reconductoring the existing lines with high temperature low sag conductors to reduce transmission losses.

The lack of right of way is a major issue in the state with landowners asking for undue compensation and not appearing at public consultation meetings. Unrest in the Kashmir Valley is another issue which hampers the pace of works. Further, unforeseen weather events such as flash floods cause considerable damage to intra-state transmission infrastructure. These issues result in significant time and cost overruns for under-construction projects. Also, shortage of manpower for project execution as well as operations and maintenance of existing infrastructure (for manning substations, for instance) is a pressing concern.

Given the significant hydro capacity addition planned, the transmission system needs to be augmented considerably. Also, the state transmission utility needs to be equipped with advanced monitoring tools, emergency restoration systems and mobile substations to deal with unforeseen events. However, given the law and order situation, multi-stakeholder support from the central and state governments is imperative to meet the capacity addition targets.

September 2017
It was a hectic year for the Indian power sector with significant activity on many fronts. On [...]
More 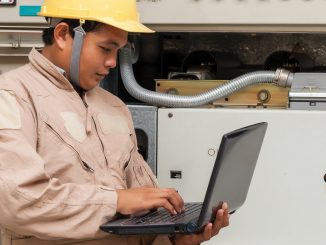 June 2018
Recent developments in the power sector have centred on technological advancements and the automation of the distribution [...]
More 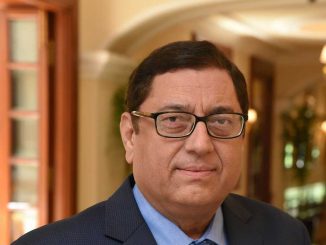 June 2018
GE T&D India Limited is one of the key equipment manufacturers, having contributed significantly to the modernisation [...]
More