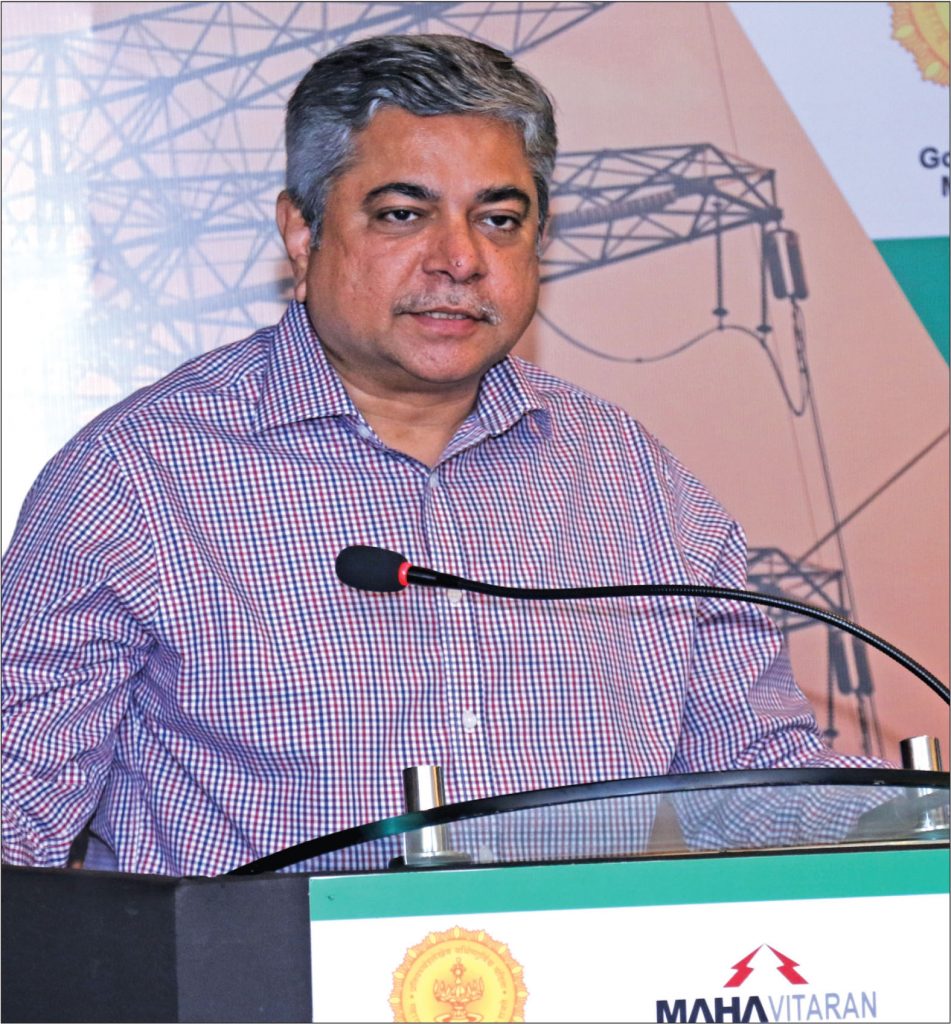 Maharashtra’s power sector has witnessed significant developments since the unbundling of its state electricity board in 2005. While various initiatives have been taken to modernise and upgrade the state’s power system, grid modernisation continues to be a key focus area for the sector in view of the significant renewable-based capacity that is planned to be added as well as the need to reduce losses. Power Line, in association with Schneider Electric India, organised a workshop, “Grid Modernisation in Maharashtra”, that brought together senior government officials, public and private utility heads and other key stakeholders in Maharashtra’s power sector. In this section, we present key highlights from the workshop. In his address, Arvind Singh, principal secretary, Energy Department, Government of Maharashtra, spoke at length about the status of the state’s power sector and his vision for it. Excerpts…

Maharashtra is among the states with the highest power demand in the country. On March 31, 2017, the peak demand in the state was almost 24,000 MW, an all-time high. Of this, Mumbai alone accounted for about 3,000 MW. The high level of demand in the state is owing to its large geography and population, and the fact that Mumbai is a commercial hub and there are several other industrialised and urbanised regions in the state. The demand is expected to grow further, which implies the need for a large network in terms of not only generation but also transmission and distribution.

For a number of years, no investments were made in the state’s capacity addition. It was only between 2009 and 2014 when there was a spate of activity in generation capacity addition. Now, we are a surplus state. Currently, since demand is subdued, plants have been operating at low plant load factors and distribution companies are not signing many power purchase agreements. When demand picks up, as an outcome of the Ujwal Discom Assurance Yojana (UDAY), the environment for thermal plants will also improve. Meanwhile, hydro has, unfortunately, not witnessed much growth and the situation is likely to remain the same in the near future. One of the largest nuclear power plants, Jaitapur, is being developed in the state. The project work is expected to start by end 2018 and will be completed in about seven to eight years.

Going forward, any new investment is likely to come from the state sector since most of the private players are reeling under financial stress. Meanwhile, a number of plants are being upgraded from subcritical technology to supercritical technology. Further, power plant owners are likely to invest in better coal handling facilities. Modern coal handling facilities offer efficiency improvements in the process, thereby reducing losses and improving the quality of coal. At the same time, we will see more investment in ash handling and management.

With regard to non-conventional power, most of the investments in the past have been in wind or biomass. Now, incremental investments will be seen in the state’s solar power segment. Maharashtra did not invest in this segment as early as states like Rajasthan, Gujarat, Andhra Pradesh, Tamil Nadu and Telangana, which has helped us because solar power prices have since declined significantly. However, solar power comes with two major challenges. Solar is available throughout the year, but only during the day. With significant solar rooftop capacity already installed, the revenues and financials of the distribution company are being affected. Therefore, it is a challenge to promote rooftop solar without affecting the financials of the distribution company. The other challenge pertains to the intermittent and unpredictable nature of solar energy. Solar power requires accurate forecasting in order to be able to schedule it during the day and assess the thermal power requirement when solar is not available. Further, all renewable-based power including solar, wind and biogas is planned to be procured through competitive bidding. This will be a paradigm shift, from an era of high feed-in tariffs to competitively discovered prices, which are expected to be much lower. In fact, we expect all tariffs to come down in the near and medium term.

With regard to the power distribution segment, significant investments have been made in urban and rural areas under programmes such as the Integrated Power Development Scheme and the Deendayal Upadhyaya Gram Jyoti Yojana. The money has been used for installing new lines, transformers and underground cabling, upgrading lines to higher voltages, replacing existing cables with aerial bunched cables, etc. Investment in infrastructure will continue in the future as well with the increase in urban and industrial loads. In Maharashtra, the industrial and commercial consumer categories account for more than 30 per cent of the total load. These are the high-paying consumer categories.

All these initiatives have helped in reducing the state’s aggregate technical and commercial (AT&C) losses. The current level of losses in the state is 18-19 per cent, which is targeted to be reduced to 15 per cent under UDAY over a period of two years. In the agricultural segment, as of today, more than 0.2 million applications for pumpset energisation are pending for approval. Laying infrastructure in remote areas entails significant investments but allows less recovery of the costs from the agricultural segment. However, it does benefit farmers and hence, various initiatives are being taken to provide them with electricity access.

Maharashtra is the first state to have adopted a distribution franchise model. Although the experience with the Bhiwandi franchise was very good, the franchises in Aurangabad and Jalgaon were terminated and their operations handed over to the distribution company. This was mainly owing to the way the bids were structured. The franchisees had made very aggressive bids, which could not be sustained. In addition, they did not have adequate experience in power distribution as they were mainly IT companies. There is another franchise operating in Nagpur, which is also struggling to operate profitably. So, the overall experience has been mixed. Nonetheless, we are planning to bid out franchises for three more areas – Malegaon, Karwa and Akola. The bids are being structured in such a way that companies with experience in power distribution are able to participate.

On the transmission front, investments will be driven by the need to integrate the upcoming renewable energy capacity. This will include the implementation of supervisory control and data acquisition systems, installation of phasor measurement units and setting up of renewable energy management centres. The objective is to improve renewable energy forecasting and better manage the load in the state. We face two peak demand situations in Maharashtra – one is the Mumbai peak and the other is the state peak. In Mumbai, the peak is around 5-6 p.m. and for the state, it is around 9 p.m. Therefore, managing these peak hours with the quantum of power generated is a big challenge for the load despatch centre. Around 2,000-3,000 MW of new solar capacity is expected to come up in the next two or three years. So, that much of thermal capacity would have to be ramped down during the daytime, which could be used in the  evening when there is no sun. Since most renewable energy sources are seasonal, the state load despatch centre needs to invest in good software that would help in better forecasting.

Broadly, significant investments will be seen in generation capacity addition, especially renewable energy, to meet the growing power demand. On the distribution side, the focus will be on network modernisation. The key challenge will be to improve the recovery of costs from the agricultural segment in order to improve the financial position of the state discom. Meanwhile, investments in the transmission segment will focus mainly on integrating and absorbing renewable energy in the system.

Despite an early start, in 1969, nuclear power development failed to take off significantly in India. At present, it has a share of less than 2 per cent in the country’s total installed power capacity. […]

Lack of access to finance has been a long-standing hurdle in the path of renewable energy growth. Where capital has been available, the terms have often been unfavourable for long-term sustainability. However, with a growing […]