The Ministry of Power (MoP) has recently introduced draft amendments to the Electricity Rules 2005 ,(existing rules) related to captive generating plants (CGPs) and has sought comments from stakeholders. Earlier, the draft amendments that were issued by the MoP in October 2016 did not come into effect. While the essence of the changes contemplated in 2016 remains the same, the recent draft amendments seek to impose stricter criteria and compliance rules and will thus make a significant impact on the way CGPs are structured and operate. Crucially, once the draft amendments are notified, they will be applicable to all existing CGPs, as well as those power plants seeking CGP status in future.

The CGP model is widely used in India with the key benefits being the availability of long-term supply of electricity to industries at efficient rates, and the exemption of cross-subsidy charges that are levied on inter-sale of electricity. Reports show that CGP generation in the country currently stands at 47 GW, which includes CGPs based on conventional power, as well as renewable energy-based power plants.

The principal changes in the draft amendments are in relation to the CGP qualifying conditions provided in the existing rules, which prescribe that at least 26 per cent of the ownership in such power plants is held by the captive user(s); and at least 51 per cent of the aggregate total electricity generated by such power plants, determined on an annual basis, that is, at the end of the relevant financial year, is consumed by such captive users.

The draft amendments do address a few lacunae in the existing rules, though some changes are likely to have far-reaching effects, especially on the existing group CGPs (CGPs with two or more captive users) and the current functioning of the CGP model/industry.

These changes in the draft amendments in relation to the ownership of CGPs will be effective from April 1, 2019 and will apply to the existing CGPs as well. Thus, a major ramification of the draft amendments will be in relation to existing CGPs and will especially impact CGPs that have been commissioned and where project capital and equity have been deployed. Such CGPs would be required to rework their equity and shareholding structure by April 1, 2019.

Conversion of IPP to CGP: Under the existing rules, independent power producers (IPPs) often commercially decide to recast themselves as CGPs to receive CGP-related benefits. This change may be due to a variety of commercial reasons. The draft amendments contemplate that IPPs will be able to avail of CGP status only in exceptional circumstances, and only if permitted by the appropriate commission. The draft amendments are also unclear on whether power plants that are currently utilising CGP benefits but had originally been set up as IPPs will have to seek specific permission from the appropriate commission to continue availing of CGP benefits. This would have a significant impact and, therefore, further clarity in this regard is required. Additionally, while IPPs currently have the liberty to convert to CGPs as per commercial requirements, this will be severely restricted by the proposed changes.

Certification: It has been unclear in the existing rules whether all CGPs are required to be certified by an appropriate authority to avail of CGP benefits. This has now been amply clarified in the draft amendments, which state that the appropriate state commission will certify a power plant as a CGP, based on the annual statement of generation and consumption and other details. However, the draft amendments also stake that the Central Electricity Authority (CEA) would be required to provide details of consumption and generation of each CGP on its website on a monthly basis, and if such data is not provided, the plant will lose its CGP status. Thus, the monthly reports by the CEA under the draft of the proposed amendments appear to bind CGPs under a more onerous compliance requirement, over and above the annual compliance.

The changes proposed in the draft amendments if brought into force, will herald significant changes in the way CGPs (and especially group CGPs) are currently structured and operate. Some of the changes and clarifications, such as in relation to ownership by value and voting rights as opposed to numerical value of shares, and a clearer reporting structure for CGPs, are much needed. However, a few of the changes also appear to hinder captive users and would restrict loss-making IPPs from converting into CGPs to keep their plants still running. In our view, while changes in the existing rules should indeed clear the existing lacunae in the CGP framework, it is imperative that the ease of business for CGPs should not be hindered due to excessive compliances and restrictions. 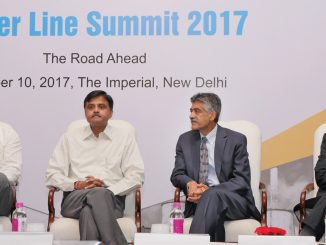