The Central Electricity Regulatory Commission (CERC) has consistently been monitoring the prices of electricity traded in the day-ahead market (DAM) and real-time market (RTM) at the power exchanges. In April 2022, the CERC observed that the prices discovered at the power exchanges remained significantly high for some time. Factors such as the rise in temperature (resulting in early onset of summer) and an increase in economic undertakings with the lifting of Covid-19-related restrictions contributed significantly to the increase in electricity demand, while the increase in supply has been limited. The situation was further aggravated due to geopolitical factors affecting the fuel supply chain and certain domestic supply constraints. This widened the gap between demand and supply, with the average buy to sell bid ratio reaching over 2 and the market clearing price (MCP) frequently touching Rs 20 per kWh, as of April 2022. “Such high prices, without any substantial effect on an increase in supply, are not only against consumer interest but are also capable of eroding the buyer’s confidence in the market,” noted the CERC.

In a significant development, on April 1, 2022, the CERC directed the power exchanges to redesign, with immediate effect, the bidding software in such a way that members can submit their bids in the price range of Re 0 per kWh to Rs 12 per kWh for DAM and RTM contracts. According to the CERC, the objective of the order was to protect buyers (consumers) from being compelled to bid at a high price of Rs 20 per kWh, which was being done by a few buyers.

Thus, on May 6, 2022, the CERC issued another order and asked power exchanges to cap the MCP at Rs 12 per kWh for all trading markets. “From May 6, 2022 to June 30, 2022, to redesign, with immediate effect, their software in a way that will allow members to quote a price in the range of Re 0 per kWh to Rs 12/kWh for DAM (including GDAM), RTM contracts as well as intra-day, day-ahead contingency, and term-ahead (including GTAM) contracts,” noted the CERC in its latest order.

The CERC noted that on March 25, 2022, the recorded peak shortage was 4,060 MW and the energy scarcity was 68.86 MUs. The high price of imported coal led to a high variable charge for imported coal-based plants. Furthermore, due to a surge in the international price of gas, various gas-based plants were unable to sell in the market. 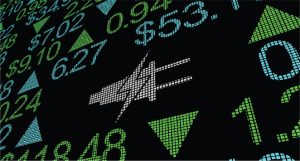 Rationale for capping the price in other segments

Apart from generators, distribution companies are also selling in DAM/RTM and in TAM/intra-day/DAC, the CERC noted. West Bengal State Electricity Distribution Company Limited (WBSEDCL) submitted a letter to the CERC alleging that sellers were circumventing the commission’s order dated April 1, 2022 by entering into negotiations and then conducting their transactions under TAM contracts. The CERC also noted that some of the discoms and other licensees were engaged in selling power in TAM/ intra-day/DAC post the imposition of the ceiling price of Rs 12 per kWh for DAM and RTM.

During the period from April 5, 2022 to April 30, 2022, the CERC noticed that given the present constraints of gas supply, additional generation in the current situation of insufficiency is likely to come mostly from coal-based, including imported coal-based, generating stations. Accordingly, the marginal cost of generation from coal-based generating stations has been considered for price trend analysis. Of the coal-based generating stations, the marginal cost generators are based on imported coal with the energy charges in the range of Rs 7.30 per kWh to Rs 8.82 per kWh for the period being analysed. The CERC’s analysis revealed the energy charge of the marginal generator to be in the range of ~Rs 9 per kWh. According to the CERC, if the expectation of recovery of part of the fixed cost and transmission charge are factored in, the ceiling price of Rs 12 per kWh seems reasonable.

The contracts which have already been transacted till May 6, 2022 shall be delivered and settled as per the earlier terms and conditions. For now, the application of the price ceiling for a limited period is based on the CERC’s belief that intervention in the market should not be prolonged unless it is essential for public interest as in the existing conditions predominant in the country. n

In a major step towards reviving the stranded power projects operated by Adani Power Limited (APL), Tata Power and Essar Power in Gujarat, the Supreme Court has asked the Central Electricity Regulatory Commission (CERC) to […]

The complexities in grid operations have increased with the increasing share of renewable energy, growing number of distributed energy resources (mostly connected at the distribution level), and higher growth in power demand as compared to […]