However, in a setback to the CERC, the Supreme Court, in May 2017, stayed the new price regime following petitions filed by REC-generating companies. It has also put on hold the trading of RECs. According to the petitioners, the unsold stock of RECs (close to 10 million) is unlikely to be cleared at the revised low prices.

Projected as an alternative to carbon credits, the REC mechanism captured the industry’s interest, with companies setting up projects based on this framework to generate returns. Wind energy companies were the first to jump in, followed by solar power producers and then other sectors including conventional energy, mining and steel. The initial months of trading were encouraging, but over time, successive trading session started witnessing an increase in supply but a drop in demand. This trend has led to a significant pile-up of inventory.

The pile-up is a result largely of the non-compliance with renewable purchase obligations (RPOs) by utilities. The question that arises is, why are the utilities not buying these certificates? A key

reason is that they cannot afford to do so, given their poor financial condition. State discoms supply power at low rates to various categories of consumers, which has created a huge amount of debt on their balance sheets. Since renewable energy was the most expensive source of power till 2014-15, it was difficult for the utilities to meet their RPOs. For instance, when solar RECs were introduced in 2012, they were traded at as high as Rs 13,000 per certificate.

However, this is not the only reason for the failure of the REC market. The launch of the Ujwal Discom Assurance Yojana, which has helped a number of state discoms to resolve their financial problems, and the downward revision of solar REC prices by the CERC to between Rs 3,500 and Rs 5,800 per REC, did not help much in pushing up demand for this instrument.

This points to a fundamental issue in the REC mechanism itself. The cost of renewable energy generation has fallen significantly in the past few years, especially for solar power. The latest bidding for solar power projects in Rajasthan saw the levellised tariff come down to Rs 2.44 per kWh, which is significantly lower than the current floor price of Rs 3.50 per kWh for solar RECs. In the case of wind power too, the recently concluded competitive bidding process for 1,000 MW of projects saw the tariff decline to Rs 3.46 per kWh. Although this is much higher than the current price of Rs 1.50-Rs 3.30 per kWh for a non-solar REC, it must be noted that in the case of direct power purchase from a developer, the discom is sourcing actual power that can be sold at a certain price. RECs, in contrast, are only certificates that have to be sourced to comply with the applicable RPOs. So, the net cost of an REC to a discom is higher than that of sourcing wind or solar power directly from the developer.

The new prices have been determined by the CERC considering various scenarios for solar and non-solar power tariffs. For instance, to determine the forbearance and floor prices of solar RECs, it followed a three-pronged approach – using the average power purchase cost (APPC) and bid-discovered tariffs for all states and union territories (UTs) in India; using APPC and bid-discovered tariffs for all states and UTs excluding Sikkim, Lakshadweep, and the Andaman & Nicobar Islands (considering the three states as outliers); and using APPC and bid-discovered tariffs for 17 select renewable-rich states and UTs. This approach is considered appropriate as it reflects the current market dynamics and the actual cost of generation as submitted and won by project developers in various states.

Notably, the commission has not proposed a vintage multiplier for any

REC generators had earlier moved the Appellate Tribunal for Electricity (APTEL) asking it to suggest means of clearing the stock of RECs. While APTEL agreed to clear the stock by using the “vintage multiplier” method, it did not agree to imposing a stay on REC trading.

Clearly, the industry is not entirely in agreement with the CERC move, in light of the Supreme Court order. The impact of these developments on the REC trading market remains to be seen. 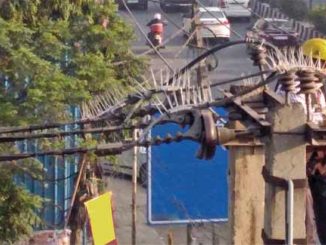 April 12, 2020
The distribution segment continues to be the weakest link in the power sector. The poor financial and [...]
More