Electric motors form an integral part of industrial pumps, power generation process and all assembly line operations. Therefore, their energy efficiency is of utmost importance to any user looking to minimise the operational costs of the equipment. However, inadequate maintenance of motors, drastically increases losses and leads to unreliable operations. While cost savings can be achieved through many ways, some of the key technological measures, which can be adopted include the use of energy-efficient motors (EEMs), adjustable speed drives and variable frequency drives (VFDs) to match the motor speed and torque to meet the system mechanical load requirements.

According to industry estimates, the low tension (LT) induction motors market size is approximately Rs 30 billion. The EEM market share in this segment is around 23 per cent.

As per IEEMA’s estimates, in 2016-17, there was a marginal growth of around 1 per cent in the motors industry owing to slow growth in capex by core industries.  The LT motors segment registered the maximum growth of around 7.4 per cent, while other segments like HT motors and fractional horsepower (FHP) motors registered a negative growth of 12.6 per cent and 0.2 per cent respectively.

The Bureau of Indian Standards (BIS) prescribes motor efficiency standards. In June 2011, the BIS issued the second revision of the IS 12615:2011 standards to bring them in line with the International Electrotechnical Commission’s (IEC) 60034-30 standards. Further, it classified motors into three categories: IE1 denoting standard efficiency, IE2 for high efficiency and IE3 for  premium efficiency (these were further classified as IE2, IE2(+), IE3, IE3(+) and IE3(++) in 2013).  In 2014, a clause was introduced which stipulated that from January 31, 2014, IE3 would serve as the efficiency performance value. While the industry is gradually shifting to IE3 efficiency class of motors, this standard has not gained widespread adoption yet.

In order to enable the industry to adopt more energy efficient motors, a quality control order has been issued by the Department of Industrial Policy & Promotion for enforcing the minimum  energy performance standard as IE2 for motors with effect from October 2017. According to industry experts, this is expected to raise efficiency standards for motors in India as well as demand for IE2, IE3 and IE4 motors, besides curbing the import of IE1 and below category motors.

The implementation of variable control devices in industrial applications has been a key area of performance improvement for motors. Many applications that are currently served by constant-speed motors are well suited for variable speed control. For example, in many pumping and fan system applications, flow is controlled by using restrictive devices such as throttling valves or dampers, or using recirculation bypass methods. Although these flow-control methods have advantages, speed control is often a more efficient and cost-effective option for many systems. In many material handling systems, adjustable speed drives can increase system efficiency and improve system reliability. For example, in many  conveyor systems, lines are controlled by energising and de-energising a series of motors.

Another common method of controlling speed is to use induction motors combined with pulse-width modulated VFDs. Combining an in-service motor with a VFD, results in an effective speed control technology that does not require the use of different types of motors.

VFDs are used in a wide range of applications, including fluid (gas and liquid) systems, material handling systems, and machining and fabrication processes. These drives can be incorporated into closed-loop control systems, and VFD speed adjustment ratios are similar to those of other speed control systems. The principal advantage of VFDs is improved operational efficiency, which means substantial cost savings in many motor systems. If they are used in place of mechanical drive options, VFDs can also improve system reliability by removing potential failure modes. Besides, they require less maintenance because they have fewer components. However, not all in-service induction motors can be combined with a VFD.

Copper rotor motors offer improved efficiency as rotor losses typically account for about 25 per cent of total motor losses. The rotor conductor bar losses decrease because copper has a volumetric electrical conductivity that is around 66 per cent higher than that of aluminium. The key advantages of such motors can be classified as high reliability, constant torque capability, lower maintenance cost, lower cost of ownership (power costs) as well as lower vibrations. However, the higher initial purchase price and the limited availability of casting machinery are some of the issues associated with such motors.

With advancements in microelectronics, another key technology trend has been the use of digital drives,  with embedded intelligence. These are capable of actively monitoring and controlling a wide range of motor parameters. Microcomputers embedded in motors ensure that the motor is running in its optimal operating state by monitoring voltage, current and rotational frequency to estimate the load on the motor. They can be used for soft starting, overload monitoring, precise torque adjustments, positioning and many other advanced functions. One of the benefits of built-in microcomputers compared to external electronic control units is the ability of control-parameters to be adjusted in real time with very high responsiveness to load fluctuations. As motors become more intelligent, they will increasingly function as sensors that process information about their surroundings. This information can then be collected and analysed by internet of things systems to create an added advantage.

Apart from these measures, proper maintenance of motor and drive systems is important for improving performance. By minimising the risk of unplanned downtime, effective maintenance programmes can help plants avoid costly disruptions in production. Inspection of motor and drive system components should be based on factors such as run time, environmental conditions and consequences of failure. These inspections should be combined with cleaning to remove contaminants from the motor.

In recent years, many studies have identified huge energy efficiency  potential  in  electric  motors    with    various   saving  options that have short payback time and high cost effectiveness. Industrial plants can avoid unnecessary increase in energy consumption and costs by selecting motors that are best suited to their applications and ensure that they are well maintained. 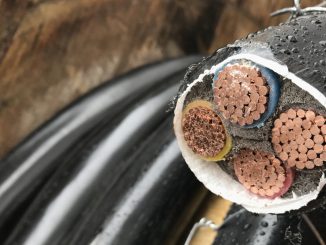 June 28, 2018
Cables and conductors are the most essential components of a power transmission network. They are crucial not [...]
More