As per PRAAPTI (accessed on June 21, 2018), the outstanding dues of distribution utilities to the generators stood at Rs 295.2 billion as of end March 2018. Some of the key highlights derived from the portal are:

Best and worst states: Amongst states, the distribution utilities (licensees, state power management companies, electricity departments, etc.) of Jammu & Kashmir, Punjab, Haryana, Delhi, Uttarakhand, Rajasthan, Maharashtra, Assam and Sikkim are the worst performing in terms of ease of making payments to the generators. The distribution utilities in these states have significant outstanding dues. For instance, the J&K Power Development Department has not cleared any of its pending invoices for March 2018, and the outstanding amount at the end of the month stood at over Rs 28 billion. The best performing distribution utilities in terms of ease of making payments are Madhya Pradesh, Gujarat, Karnataka, Andhra Pradesh, Telangana, West Bengal and Odisha, amongst others.

Six-month payout trend: A look at the total payouts by distribution utilities (see chart) from October 2017 to March 2018 shows that the monthly amount paid by distribution utilities is lower than the amount billed for almost every month, except January and March. As a result, the net amount (over 60 days) owed to generators kept accumulating, increasing from Rs 140 billion in October 2017 to Rs 248.8 billion in March 2018. 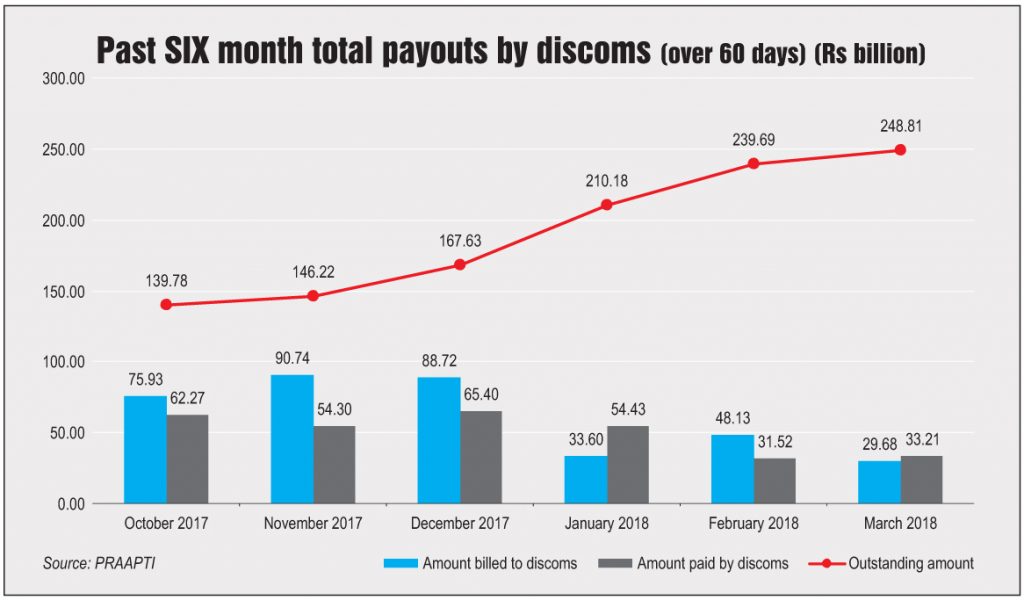 Going forward, the Power Finance Corporation, which has developed the portal, plans to expand the scope of the website to include state generators and more IPPs, as well as cover commercial information that extends beyond the present invoice and payment details. 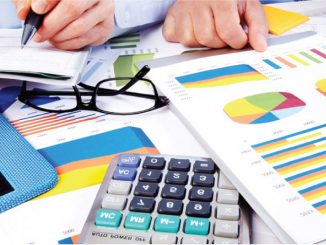 May 2017
The government’s vision to provide 24×7 affordable and environment-friendly “Power for All” requires a revamp of the [...]
More